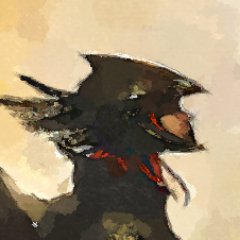 In an Overwatch League press release, the "Path to Pro" for aspiring competitive Overwatch players was announced. Start dates and details were laid out for both Overwatch Contenders and the Open Division.

The next season of Overwatch Contenders will begin in March of 2018. There will be three seasons per year in a total of seven regions.

For qualifiers, the new regions will hold open tournaments for entry, similar to Contenders Season Zero in North America and Europe. For each existing region or tournament, six or more of the top teams will be invited to participate in their respective region's Contenders tournament.

Contenders will continue to not be region-locked. Online matches will be hosted on their respective region's server. It was not announced whether the existing offline tournaments, OGN APEX and the Overwatch Pacific Championship, will continue to operate with LAN play, or if they are to move to online matches.

For each Contenders region, an Open Division will be operated. In line with changes made for previous seasons, there will not be a minimum rank to play in the tournament. The first season of Open Division with a path into Contenders will begin in January 2018.

More details on both Contenders and the Open Division will be announced in December.

A previous version of this article mentioned that the state of the minimum rank requirement for Open Division was unclear. This was changed to reflect a tweet from @PlayOverwatch.

This could be a great start for OWL

Great for South America and Australia to have their own Contenders scenes, will be good to see growth in those regions that are normally not offered as much. Promotion/relegation is also great, keep the cream of the crop at the top.

Still pretty concerning for tier 2/3 teams if three rounds of Contenders is all that's open to them each year. There's an enormous drop from Contenders to Open Division if open is still paying blizzbucks for winning. Individual cups or tournaments would go a long way to making it worthwhile for players and orgs to have non-OWL teams, or at least making the offseason tournaments have an open or Contenders-inclusive entry system. It's a long time to wait til March and even longer if you have to get in via Open.

Unfortunately the announcement is missing prizepools as well as crucial info about APEX/OPC/OWPS. If those are made to be online tournaments I can't imagine the uproar from the Asian scene. Would work fine in NA/EU to have it all online - possibly make it better as it reduces org costs - but the players in Asia are attracted to OW by LAN play, I don't think they'll wait til OWL expands into their region. Could really kill the game's appeal in Korea and China if they reduce it to Contenders S1 levels imo. I don't personally see the benefit of standardising the systems across the regions rather than having some diversity of branding, format, character, etc. but it certainly adds long-term security.

Holy shit I actually completely forgot about this. If contenders Korea/China become online, that could legitimately spell disaster. I do like that Blizzard is trying to make everything more organized underneath their vision for the scene, but I do hope they keep some of the traditions of the tournaments there.

Pretty much exactly what I wanted. It makes sense. The question of 3rd party events still stands tho

Also show Africa some love, they cared enough to have a South African overwatch "LAN" playing on crazy ping, they could at least have an open division

I'm interested in competing in Open. I can't ever see myself going pro (years of my life already invested in my education), but playing against real teams is way more fun than ranked.

Now I can make a open division team!

And no, you may not coach. Scrubasaurus is our coach.

thats fine by me. Good luck on finding a team. Remember Scrub, im next in line, don't screw up

I have a mean zarya, put me in coach!

If you're anywhere from gold-plat-diamond, on NA servers, and you have a good D.Va/Hog to complement that Zarya, then you're in for offtank duties!

lowkey wanna form this team now we have potential

the over.gg dream team. What about my boy meza

meza is far out of our league :(

also I am more than happy to apply for either the flex tank or 2nd support spot :D

actually with this^
can you play in na open division when youre from eu?

Hit me with that DPS spot.

is this overgg team planning to be picked up by meza's bazooka puppies?

only if he allows it PogChamp

LUL guys this was a gold-diamond joke team but I guess we're doing this now.

Hyped for the future of contenders, and thankfully it will start early enough in the OWL season for teams to get a decent scope into the talent pool. But the better news, contenders means the return of the prediction games!

Sounds good, but Oceania (including Australia) can be merged with SouthAsia i think :thinking:

what is the average aussie ping on chinese/SA servers?

It's gonna be hard to follow everything and every games with all the 7 regions and 3 season + 2 contenders trials + OWL 4 days a week from january to june.

and you guys think about open division ? will they limit them to the 7 regions as well because there is actually 11 open division regions ..

wont get much ow afterall when the nukes hit america

in that case we will follow KR servers LuL

So happy my SA bois are finally getting to compete, they have some stars just waiting to shine!

Official Team Seven (Korean Overwatch team in APEX Challengers) twitter says all the Contenders Korea matches will be offline. A lot of people here in Korea wanted Contenders Korea to be an offline tournament just like its precedent. Korea is a small-sized country and therefore there will be no big problems to have all the matches offline.

so bascially now its official, ow is dead outside blizzards competition

with all these new regions being added, what the hell will it take for a contenders series in Africa. Are we going to just ignore them because they aren't as good. Didn't an article was made here about some South African tounament?

Besides esports not being big at all in Africa, I think it's mostly due to Blizzard servers not being installed there. So SA gets 190-220 to EU (from the forums) and North Africa (NA #2 btw) I'm guessing must get 80 (or perhaps more) ping to EU. People in some other countries where Internet isn't as developed would probably be unable to even play the game sadly.

Africa could be a huge market for the future but right now it doesn't look like it's in Blizzard's priorities whatsoever.

I'm probably alone in this but I'm not sure on the name "contenders" to me that's what you call a league where you have the ability to be promoted to the higher league yet the higher league is OWL and that won't happen here unless you fork out 20M$ which is then not a promotion but a buy-in, I can see the name making sense since it means "a person or group competing with others to achieve something" but at the same time all you're achieving is winning that one tournament, I much prefer the open division name since it doesn't make it sound like you're contending for something bigger. I can't recall the term contenders being used in e-sports before OW came a long.

Probably doesn't make sense, but if I put 6 teams together and called it the contenders I would assume that implies they are working towards something even bigger.

welcome to blizzards world
its all about the $$$$$

you have a third of a star PogChamp

I'm bitterly disappointed though, I need to be even more negative so I have to up my game and get rid of that bit of a star!

i dont think you can, there were times i got over 10 comments in few threads on -10 and i still got to 2 stars

I wished Blizzard would work towards a LAN outside of OWL where the top 2 of each contenders season meet on LAN and compete for something bigger, maybe at Blizzcon? not sure if everyone agrees but I'd much rather see this scenario than a gimmick world cup every year at least then these "contenders" have something to strive for other than winning their respective leagues which gives them nothing other than some money.

glad this game is a blizzard game otherwise it would be long dead when it comes to competitive competition
dreamhack,pgl,esl,eleague,pitleague all dont care about OW and now most of their bigger tournaments are fully blizzard owned

finally open div will have lower requirements than contenders LuL

We hear a lot about OWL mid season signing.

Will a player can start with a Contenders team then get called up to an OWL team during a Contenders season already started ?
I hope the transfer window will be between Contender seasons ( probably during Contenders Trials) because if not we could easily , have a team beasting the begining of S1 , loose 2 players who gets promoted to OWL then the same Contender team finished in the bottom 4 at the end of the same season ...

If the transfer can only be between season, it makes perfect sense to get 'multiple-season' of the Contenders by year.

What do you guys think about that ?