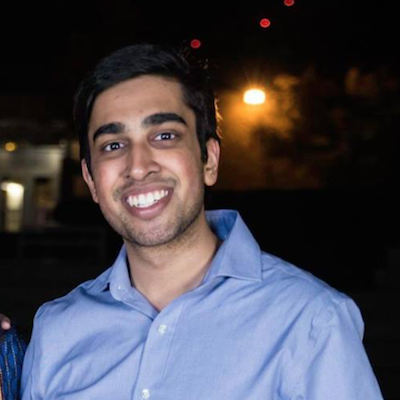 With the April 28th start date of APEX Season 3 drawing near, we’ve been able to enjoy a steady flow of information to hold us until the start of the season. Most recently, EnVyUs was announced to be the second international team traveling to Korea to compete in the tournament this season. Our latest break has been insight into the groups for the initial round of the competition.

The initial groups will be played in a round robin format with the top two teams from each group advancing to the second group stage of the tournament. The bottom two teams from each group will continue to compete in a separate promotion tournament. Initial group stage matches will be played in a best-of-five format with each team earning 3 points per victory and 0 for a loss. Map pool for the five round matches are as follows:

Teams denoted with * were reported here. 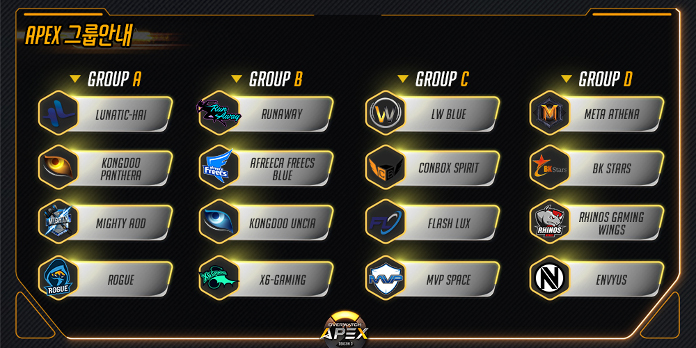 If you’ve missed out on any of the action, we'll be covering all the announcements regarding APEX Season 3 as any developments occur and as always you can follow along the action on our match ticker and our event page.

Actually it's LH vs KDP.

Getting max triggered by those american flags atm

Hype as fuck to see rogue

Something like this https://gyazo.com/f78adcd49e6d101ec95476d9abfa75b7.png (Just send the money for the design to my paypal rogue)

Group B tasty too.

This na flags need to be fixed, there is not a single na player in either

Yeah I have brought this up before but according to them it's the best way to do it lmao.

Hopefully it changes in the future.

Damn I liked you up until then. Too bad Rogue is the only EU team that can beat Selfless

Yeah its not hard to tell you're biased. It's okay some people live life based on facts some dont

Still i have facts suppourting my bias, i come from ca go and if you know about it's scene na is kinda meme and never was good also it is the fact that every western lan was won by eu team (rogue and envyus) and currently best team in na is fully french with (arguably if still are) best western team, envyus europen with mivkey from thailand so for now yes eu>na and facts support it.
And just a side note, i dont belive in beliefs (Thats a stupid sentence xD) i base everything i think on facts, and i realy mean everything, and while i prefer eu if na teams will be playing better than eu i will say that na>eu

I come from CSGO too, I probably was better than you knew a lot more, but its irrelevant. Not only is it completely different games but NA Ow isn't even close to the level of shit as NA csgo. Its a stupid comparison to make.

Where are your facts for Selfless > rest of EU lol. You can't say they are better than Movistar/Dig/NiP/Eunited if they never played them

Based on where they lie among other EU teams. Tbh I think movistar would have a chance

THEY HAVENT PLAYED AGAINST NEITHER OF THIS TEAMS so how the fuck you can base anything on "where they lie among other eu teams"?

quality arguments you got there

Flags shouldn't represent the org it doesn't make any sense.

America isn't really a country, it's like a collecting basin for industry and ideas. Think of it that way.

It makes me a little sad knowing that either Rogue, LH, or KDP will be only playing 3 matches this season.

idk whether it makes sense, but it's pretty easy when all of the players live and play in NA.

also in most cases teams consist of players from multiple countries. 2 of envyus is from sweden so should they be represented by a swedish flag? then the other 2/3 of the players wouldn't be represented. yet every player can identify with a country that their org is from, that they're living in, and that they're playing in.

If only there was a flag for the region these players all come from.. Hey let's make one, how about a blue background and.. I dunno.. a bunch of yellow stars in a circle maybe? Sounds good to me.

Mickie is not from a country in the European Union

Only one solution then, integrate Thailand into the EU.

But the majority is

flags don't represent the organization, they represent where the players live

while i agree that rogue and envy should not be referred to as "american" teams, this is the easiest way to tag teams given how many mixed rosters exist.

Do LG Loyal live in Canada?

They are all Europeans that live in a gaming house in Canada, yes.

Tilted, no NRG no fun

Gosh. Seems unlikely they would get into Blizzard's league. Wonder if the game can sustain professional non-league teams (maybe in Korea, you'd think).

getting triggered by flags in 2017

KyKy is going to korea with envy, ENVY IS AMERICAN 100% if you disagree you're wrong Kappa
Forgot to add NA>EU

anybody that has mentioned na

u guys read this right?
https://www.over.gg/2936/editorial-envyus-and-rogue-are-european-teams

it might as well be something that's forever stickied tbh

If you look for a real source for final groups, they update the image on apex webby:
http://program.tving.com/ogn/apex/1/Board/View?b_seq=56

Go to bed kids, this NA vs EU debate is pointless and pathetic. On the flip side I personally would like to See Rogue vs LH in the finals but for now I'll be cheering for the Frenchmen living in Vegas.

Been to bed a few times since this...