Tank player ChroNoDotA has announced his departure from Second Generation 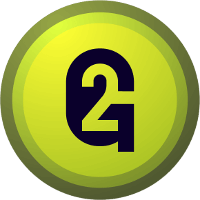 He leaves Second Generation as they compete in Contenders 2019 Season 1: North America West, where they are currently in seventh place with a 1-4 record.

ChroNoDotA was initially a part of Second Generation’s new roster in February. He played in all five of their Contenders matches, although he regularly split playing time with Bogur.

Second Generation’s next match is against Team Envy

does chrono play as an american or finnish? i couldve sworn he was playing from na on ranked

he currently lives in america

No he is an american citizen so he is not an import.

Ahh okay, I got jebaited by the Finnish flag, I thought he was just living in america temporarily, didn't realise he also had citizenship

and he comes crawling on back to us

I doubt that because Chrono has said that he wouldn't play another contenders season on a non-academy team because he would be better off just streaming. He also said that the reason he didn't get many academy tryouts last season was because he was still technicality was under a drop bears contract witch meant he would have to bed bought out from drop bears. But now that contract ended a few weeks ago so he is hoping to get on an academy team next season. But if he doesn't he isn't going to play in the next season of contenders.