Editorial: More must be done to make Contenders sustainable

The Overwatch Path to Pro system has built a good foundation for creating a sustainable minor league system to the Overwatch League; players are guaranteed pay across seven regions, even ones that have been relatively ignored by tournament organizers in the past. 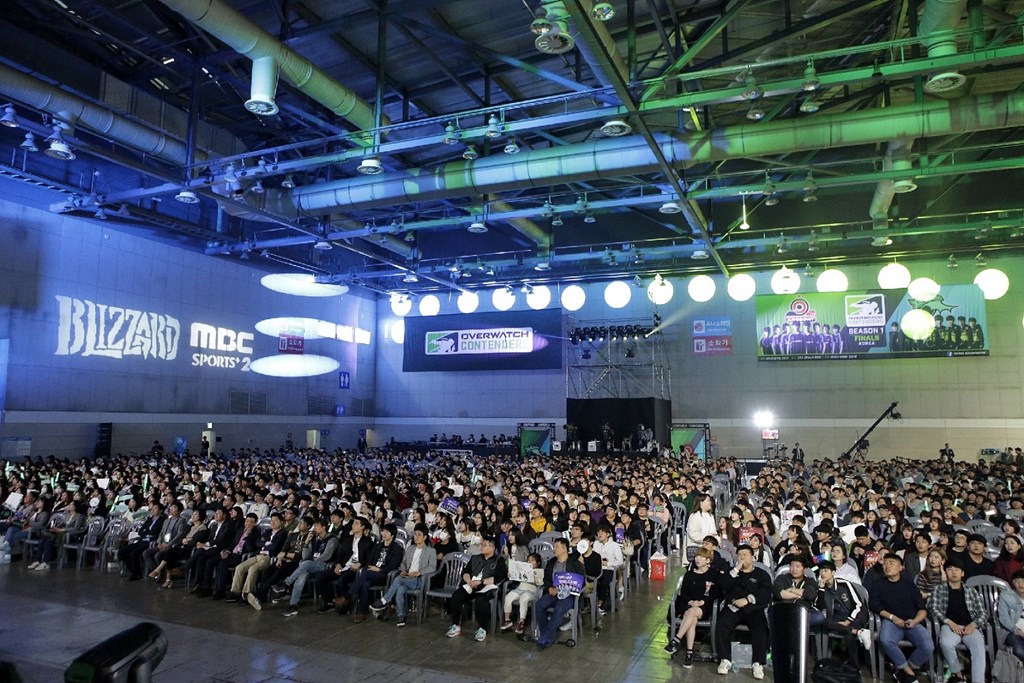 However, after one season of Contenders, it is clear a foundation is all it is. The payout isn't higher, some regions were given schedules that got in the way of viewership and play, and promotion is lacking. A mindset shift on how Contenders is viewed by Blizzard is vital to make it truly sustainable for all players across the world aspiring to join the Overwatch League.

It's common in pro sports for minor league players to play for very little money, but that is one aspect about traditional sports leagues that Blizzard shouldn't try to replicate. The winnings need to be increased across the board, especially in the regions with the lowest prize pools, to aid in the sustainability of the circuit.

Young & Beautiful was a playoff team in Contenders Europe Season 1, and due to a lack of an organization, their winnings are the only Overwatch esports earning they get. With Europe having one of the highest prize pools in the Contenders circuit, they earned about $13,336 from this season of Contenders. That's about $2,222.66 per player. If Young & Beautiful plays similarly the last two seasons of 2018, that will be about $6,668 per player for the entire year. 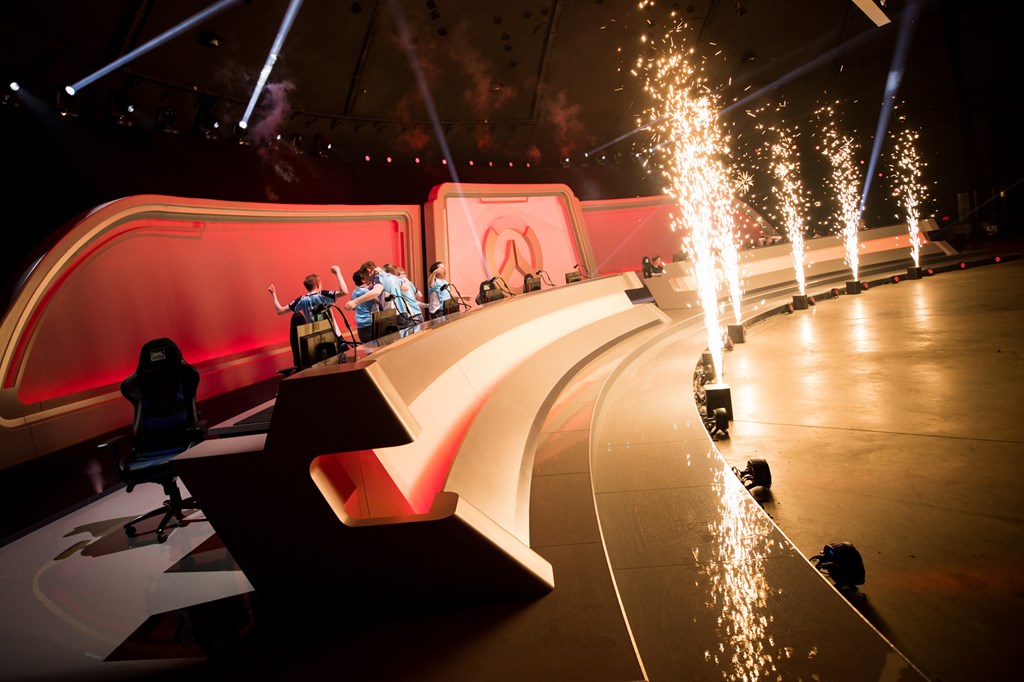 Players in the Pacific, South America and Australia aren't so fortunate however, and compete for smaller prizes, with South America and Australia the smallest of them all. Kanga Esports, an Australian team, had the same record and a similar map score as Young & Beautiful, but their winnings only amounted to $3,228. That's $538 per player, with each player getting $1,614 in a year if the team has identical performances in each Contenders season.

These two teams are examples of just how much they earn by just barely making it into the playoffs earn, and Blizzard likely isn't going to just raise the prizing out of the kindness of their own hearts. Contenders needs sponsors beyond just the Old Spice Hand Gym and McDonald's Australia, and they're unlikely to come without viewers. Fortunately, there is much more Blizzard can do to bring eyes, especially local eyes, to Contenders.

The most obvious way to increase viewership in Contenders is to promote it more. While Blizzard is unlikely to expand the in-game Overwatch League tab into a tab titled "Esports" or "Live" and put Contenders in-game, there shouldn't be any issue with promoting Contenders in the game's launcher. In addition, the Overwatch League Twitch channel should host the Overwatch Contenders games (at least during playoffs if not more regularly than that). There is no reason reruns of matches should take precedence over Contenders finals.

Some promotion through Twitch is already beginning though; the Overwatch League Twitch channel has began to broadcast LAN matches for EU and NA Contenders. If this is done for every region and if live matches are hosted through OWL's Twitch channel, then Blizzard will begin making headway on improving Contenders. 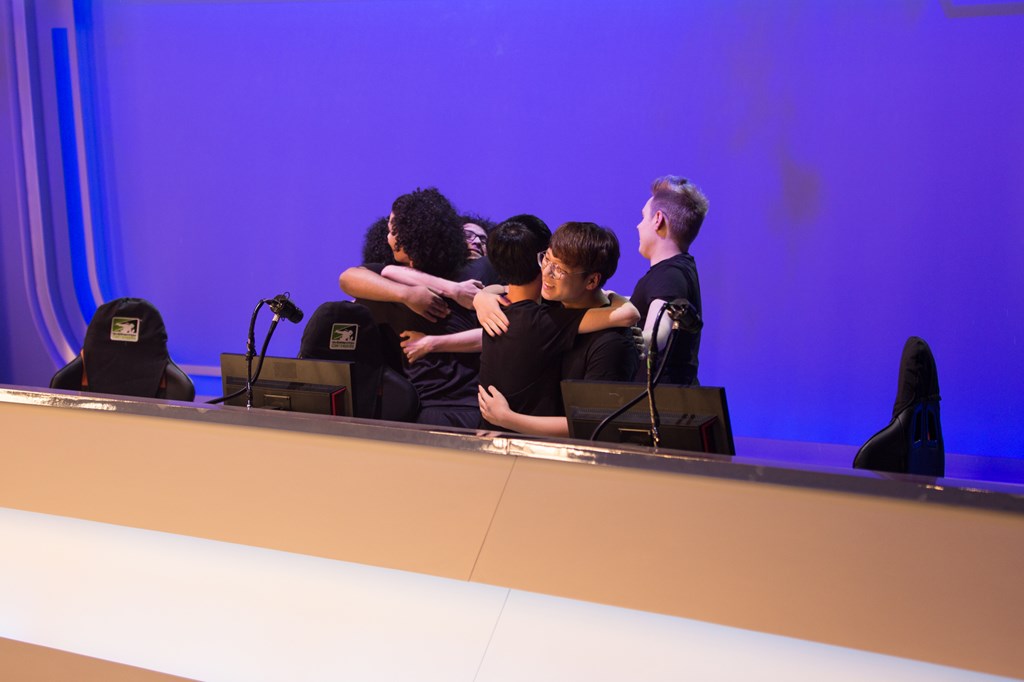 Blizzard also needs to stop treating the Contenders audiences like one global audience and more like seven different audiences, as their efforts to avoid broadcast overlap and make 24/7 Overwatch a reality just worked against the very regions who rely on Contenders the most. Both Australia and South America had to play on prerecorded matches because their broadcasts were scheduled for the middle of the workday, and it also meant that audiences were limited by their own work and school schedules (despite the setback, Contenders South America matches had viewership numbers that rivaled Contenders North America and Contenders Europe).

Audiences also starve for competitions local to them, a trait of fans that Blizzard should be capitalizing on. Due to having either a lack of or very few players from other regions such as South America, Australia, and the Pacific in the Overwatch League, fans from these regions want to watch local players in Contenders, where the highest level of regional talent is present, and Blizzard should be treating these competitions as local spectacles rather than global ones to cultivate these local audiences, such as scheduling matches during the local timezone's primetime (unless they conflict with Overwatch League matches).

Alongside those changes, Blizzard also needs to provide all regions an opportunity for the playoffs that only a few have been provided with.

The showmen at LAN

Every region should get the opportunity to play LAN finals. While it's reasonable that not every region can be played on LAN for the entire season, there shouldn't be a region that's not playing in front of a live audience for its grand final; tickets weren't sold for the Contenders Australia LAN final while the South American final wasn't even played on LAN, and for the highest level competition in these regions, this is unacceptable. 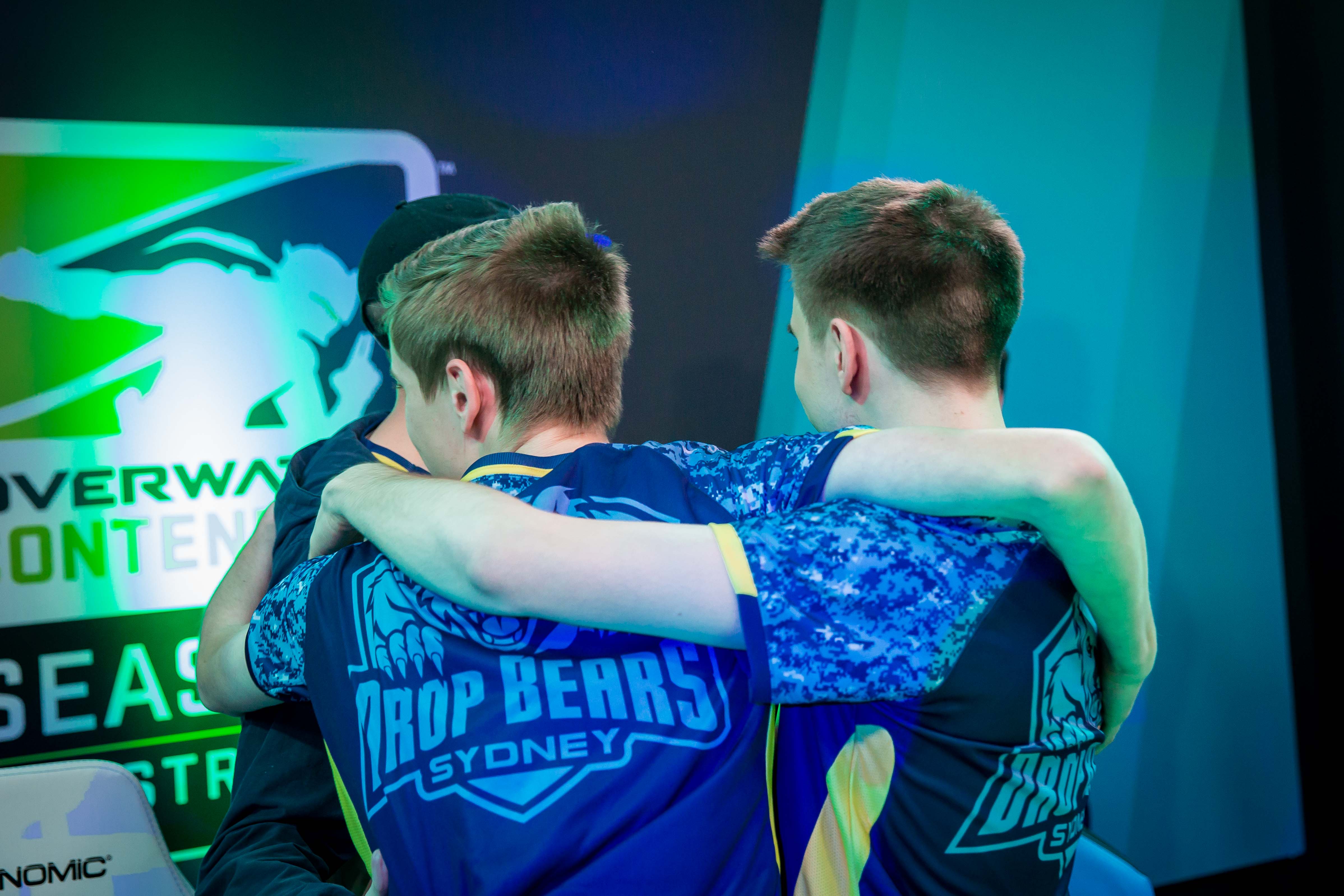 To add to the issues Australia and South America suffered from, the Australian finals collided with Overwatch League matches, and the viewership was destined to flounder as soon as the matches were scheduled, highlighting the previous issues with scheduling.

If the issues outlined are remedied, viewership for Contenders can grow, especially in traditionally neglected regions. Hopefully more viewership will lead to more sponsors and more profit from Contenders and motivate Blizzard to raise prize pools to become something more sustainable for its players.

Blizzards cheap. They want big returns putting in as little as possible. It's whatever at this point.

Didn't Korean roster already win Pacific Contenders anyways? Prize pool was smaller than in Korean Contenders, but I would assume this is one thing why prize pool is smallest Australia and South America Contenders. Pacific have smaller prize pool than EU, NA, Korea or China Contenders too. But the question I would want to ask is: How would have this full korean roster (Detonator.Korea) perform in Korean Contenders? British Hurricane got 40k dollars as prize money in Europe, but I am bad at comparing EU vs South America, but pretty sure in South America that money gets you more things than in Europe.

Nothing wrong fielding korean roster in Pacific Contenders, but it does it really develop "Pacific talent", if more teams would end up running full korean rosters in every region?

I think that's another detriment to the smaller regions, I agree. As they grow the Contenders system they should also put systems in place to prevent teams from abusing outside players to win their region. If Contenders is really the system designed to develop local talent, then China, Pacific, Australia, and South America need it most and rosters like that of Lucky Future Zenith and Detonator Korea become a detriment to the system.

Yeah. Personally I would like to see every Contenders mostly being same region players, but like with Overwatch League some teams signed well-known names and some of them are proven talents and some are on the bench full-time. And some (-cough- Boston -cough-) signed bunch of nobodies and they run the League now.

I think depending on how many teams they get to join from Pacific, China, South America or Australia for OWL Season 2 (or 3) they might have hard times to keep Contenders player pool in their own region, if NA Academy teams will poach all top talent. It's not that much better with EU either though, when most of the teams running without org in Contenders.

While I believe a restriction should be in place, the one deterrent is NA. A majority of OWL teams have academy teams in that region, so a lot of focus is seen there. But they are the region notorious for region mixing. If a restriction is in place then it would should be across all seven regions, no one region should get special treatment.

There were zero audience members for the Australia LAN finals??

hey at least maccas gives the boys some support...

The over.gg editorials are always on point! I just hope people in a position to do something actually get to read them.

Great article, the only thing I would personally add (and it's very personal) is that "way to pro" means nothing without promotions and relegations, but that's just me, I love watching a low tier team make his way to the echelon of a competition... here it simply is impossible.

As it is now the teams you have this season will be gone the next one (except for some) and new ones will be born, same playesr just shuffled around, minus the ones worth an OWL team.

One thing I would like to see in the future and I'm sure all the players would agree; would be to have a global contenders final where the top teams from all regions get invited to a lan final. Or at the very least have some type of multiregion showmatch in the vein of the Atlantic Showdown.

Talking specifically about the Pacific region, I don't understand Blizzard's decision to have the reduced prize pool.

Pacific as a region is LAN and requires overseas teams to actually fly teams out to Taiwan to compete. This as a result has already stopped multiple Trials teams who actually qualified, from actually competing in Contenders and has already lead to the disband of quite a few OW teams, most notably Flash Wolves and recently Detonator.KR.

Keep in mind, OPC prize pool was double that of PAC Contenders so obviously the sponsorship revenue exists in this region.

The prize pool for South America is too low for a region that was second on viewership...

Everything you say here is so right. Hopefully Blizzard learns from its downfalls in Season 1.