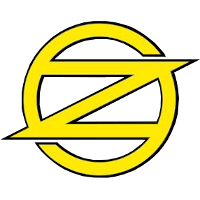 OZ Gaming Contenders KR Rank #13 Kadalis Ra Yeong-hwan dps MELON Shin Jung-ho (신정호) tank Another Kim Kyung-hwan (김경환) tank off tank FR3E has been sentenced to one year in prison and 40 hours of sex offender treatment in South Korea after being convicted for sexual molestation of a minor.

The sentencing stems from allegations that were made against FR3E in June of last year by an ex-partner when he was signed onto Meta Skyfoxes. The organization dropped him the same day after an internal investigation.

Despite the accusations, he continued to play in professional Overwatch, and was signed onto BATTLICA later that year. The organization later merged with OZ Gaming this June.

OZ Gaming ended their contract with FR3E after his sentencing. In a statement translated by Gatamchun, they said that while they were aware of the accusations, they spoke to FR3E and believed it as a "misunderstanding during the relationship." They planned on making their final decision after the court decided, and apologized for not taking the situation seriously.

Holy crap, I remember when he got kicked off skyfoxes for this but I didn’t realize how terrible this was

posted about a year ago
reply • link
#3
thatagedwell
1
Frags
+
–

There aren't really any details in this article concerning what he did, so maybe "sexual molestation of a minor" is slightly misleading. When you read molestation you think of violence. Maybe the age diff was 3yrs and the molestation wasnt thaaaat bad. (Dont wanna sound like a rapist, just saying there are levels of bad)
Also, depends what the goal of the punishment system is. It's expensive to lock someone up for life. 1year in the slammer is quite a while for a ~20yo (idk his age) and 40 hours therapy, the judge determined that that would be enough for him to turn his life around. Personally I believe reform is much more valuable and efficient than just locking ppl up forever. If you're not going to reform from 1 year jail and 40 hours of therapy, why would you reform after 20 years or whatever large sentence you'd expect.

This isn't a topic that I'm going to debate on this forum.

posted about a year ago
reply • link
#6
thatagedwell
0
Frags
+
–

That gets a yikes from me