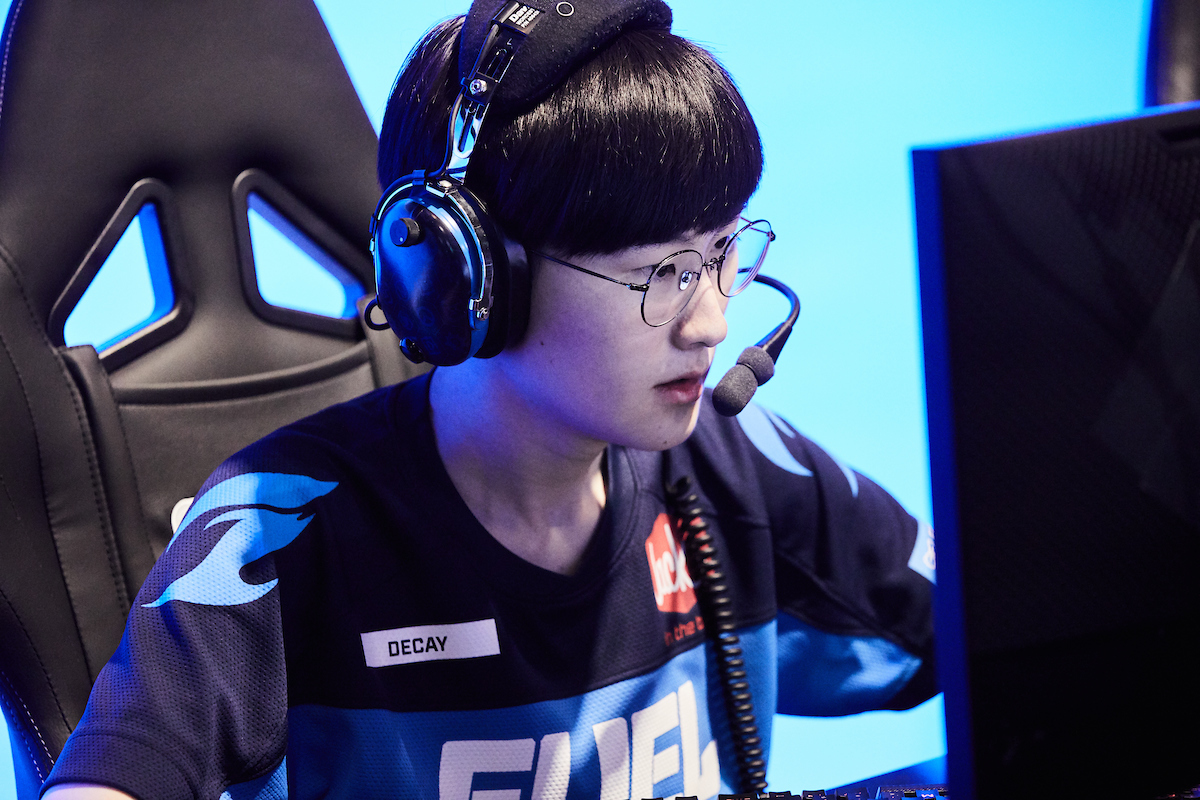 Decay has been released by the Fuel per his request. Image credit: Tyler Demogenes for Activision Blizzard Entertainment.

Decay initially joined the Fuel during the 2019 off-season in a trade with his previous team, the Los Angeles Gladiators. He played 15 matches with the Fuel in the 2020 season, including two at the Dallas homestand in February.

His release comes just a few days after the signing deadline closed on July 31, which was extended from June 15.

Fuel owner Mike Rufail said following Decay’s release that Decay did not want to work with the team. Decay has yet to state what happened between him and the organization from his point of view.

Tikatee meanwhile became part of the Fuel’s staff near the end of the 2018 season, formerly coaching for FNRGFE.

The Fuel currently have 11 players on their team. They are set to compete in the Countdown Cup, with their first match against the Washington Justice this Friday.

posted about a year ago
reply • link
#3
thatagedwell
1
Frags
+
–

Wow, this is embarrassing for Fuel. I'm glad decay is (almost certainly) going to get a chance on another team, but doing it this way means Fuel don't get any money for him, I think? I wonder if star players will continue to go to the fuel next season.

I had a feeling this was coming, I believe it was on sideshows stream that he did with Dpei of the Gladiators where he said that decay chose to leave because the team wanted to move in a more western direction, and that OGE was a good fit for the Gladiators because he is a big fan of western culture and one of the more “westernized Koreans”. So decay left a team because he was told it was moving in a western direction. now he gets to Dallas that, at first, has a 4 Korean and 2 western starting roaster with a western head coach. Then Dallas sign paintbrush and onigod while having many many more western players on the bench like harryhook, trill, and akm. Dallas is slowly turning into a mostly western team and I don’t think that was something that decay was prepared for or really wanted. All of this is just speculation btw, I have no proof other than dpei saying that decay said that he “wants to be on a Korean team”, I’m simply putting pieces together

Westernize... welp we see how well Vancouver fared with that hopefully Dallas does it better but seriously I forgot AKM existed in this rooster.... XD Also I just don't know about the current players.... these guys have not really shown much spark of life...

Vancouver is a different thing altogether though.