DPS player SonGBoos and off-tank vKei will be departing from the team, while innovation , SeeYA , and Farway1987 will join the roster. Additionally, Moon will be serving as the team's head coach, while HuaMao moves to an advisor role.

Previously from Meta Athena, innovation has had several seasons of experience in Contenders, though he has never made a playoff appearance. He was released from the team following Meta Athena's pickup of X6 Gaming. He replaces SonGBoos, who left the team in May.

SeeYA is another player with a wealth of experience in Contenders despite never making playoffs. Having been on BlossoM 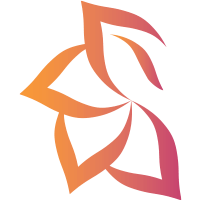 BlossoM Korea Rank #2 since January 2018, his most recent accomplishment is third place in the most recent season of Trials Korea. He replaces vKei as the team's off-tank.

farway is the final addition to the player roster. A veteran of the Chinese scene, he earned a silver medal in the inaugural season of Contenders China with LGD Gaming, and represented Team China in the Overwatch World Cup 2017. He last played for Flag Gaming, though he never played with the team in Contenders due to a suspension he served last season.

farway's addition to Team CC is no surprise, however, as he was playing for the team in the LanStory Cup - Summer tournament earlier this month. He replaces ManGoJai , who joined Talon Esports in the Pacific region.

The roster of Team CC