Time to call in the big guns.

All three of the team's new players come from Armament 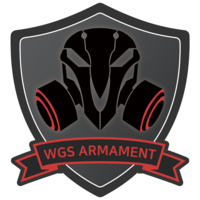 Armament Inactive Daero flex support Sven off tank RUFF Lee Geun-seo off tank Hiks flex support Vulture Im Seon-hyeok dps Spear Kim Chang-Jae (김창재) tank Ch0r0ng support . They got varying degrees of playtime on an Armament roster that made the playoffs in Contenders 2019 Korea Season 1. None of them played in the team's lone playoff game, which ended in defeat for the squad.

Two of the team's new coaches, Unread and KH1, also came from Armament. Ryuu, the team's lone addition from outside of Korea, was previously an analyst for Mayhem Academy. The Florida Mayhem disbanded their academy team in May.

The newest Florida Mayhem roster play the 13-4 San Francisco Shock in their next match. That match is on June 21.

And their coaches are:

Yes they still remain bottom 1 so don't worry about that.

Even though I'm sure that was sarcasm with the state of OW I'm half expecting that to happen.

Wrong. 6 supports is where it's at.

Hmm, I see my 6 support prediction wasn't popular, how about 6 DPS instead?

Damn, and I was so confident about that last one!

What about the new 3-3, 3 Main Tanks and 3 Off Tanks, yall can't be unhappy with that one aimiright?

Gets rid of DPS, adds DPI

Wait but DPS is a main tank player

when are we getting korean management too?

Why thou? Management is clearly the strong point of the Mayhem...