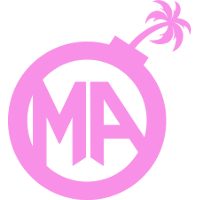 Mayhem Academy Inactive , the academy team of the Florida Mayhem

As a result, the remaining players and staff of Mayhem Academy are now free agents.

We would like to thank all players and staff for their hard work and unforgettable memories this season.

Mayhem Academy struggled in 2018, failing to earn a winning record in any of the three Contenders seasons and missing the playoffs entirely in Contenders Season 3.

The team looked completely different in 2019, finishing on top of the regular season standings with a 6-1 record. The team failed to take that momentum into the playoffs and was eliminated in the semifinals by Gladiators Legion.

Soon after the completion of Contenders Season 1 2019, the Florida Mayhem traded away two members of Mayhem Academy to the Los Angeles Valiant for Fate. The Mayhem cited the deal, which sent away FCTFCTN and Shax, as part of the reason they decided to drop their academy team and forgo Contenders for one season.

The Mayhem also cited their "commitment to the new roster direction" as the other part of their reason to drop their academy team. The Mayhem stated they hope to rejoin Contenders in a way that synergizes with their Overwatch League roster.

Mayhem Academy will have an automatic spot in Contenders Season 1 2020. Under the current Contenders rules, academy teams will be invited to the first Contenders season of each new year.

The future is Korean.

Under the current Contenders rules, academy teams will be invited to the first Contenders season of each new year.

That is so lame, it basically allows academy teams to disband a roster and form a new one skipping the whole process of qualifying to the contenders.

Wanted to write something else, but eh the LUL summarizes what I think of an org that dumps 2 entire rosters, one of which also good for its level.

An org that keeps lying (hopefully they won't this time around) to its players and its fans, and that literally abuses the shitty setup of the Path to Poverty...

I don't understand how they plan on having an all korean lineup without making some trades... cause can't you only play if you're grandfathered in?