The first week of the OGN APEX Season 4 playoffs delivered an excellent set of matches. Friday saw Kongdoo Panthera (now known as Cloud9 KongDoo) picking up an expected victory over CONBOX, while RunAway delivered a spectacular reverse sweep against X6-Gaming. When Tuesday came around however, the expected quickly turned into the unexpected; NC Foxes took a five-game series over LuxuryWatch Red, and then the whole Overwatch scene had it’s head turned upside down when GC Busan obliterated APEX Season 3 champions Lunatic-Hai. 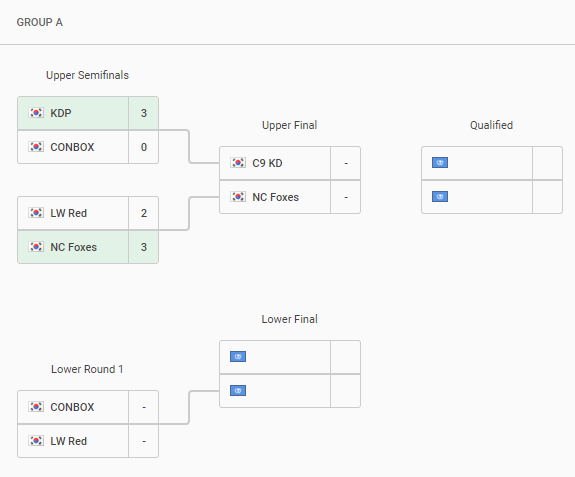 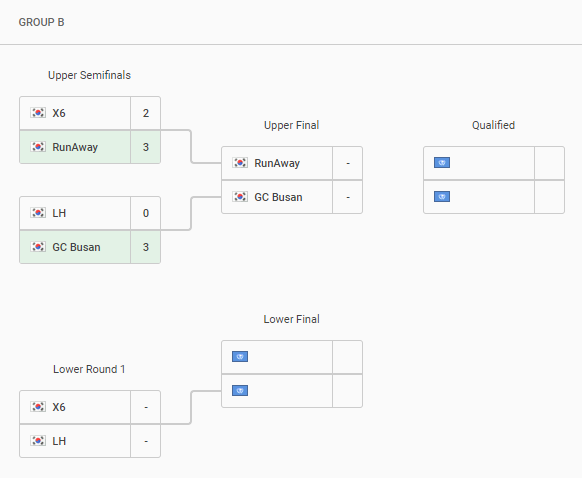 Next up are the upper bracket finals and the lower bracket first round matches. Two teams will advance to the top four, while two will bid their farewells. CommanderX, TISrobin311 and myself return for this week’s predictions, and while we’ll try our best to gaze into the crystal ball, any of the next matches can fall to the wayside.

The squad formerly known as Kongdoo Panthera show no signs of stopping after their first playoff match. Now donning the white and blue colors of Cloud9, their next stop is against NC Foxes, who took one step forward in the long and windy royal road.

Cloud9 Kongdoo are still a terrifying forced to be reckoned with, dismantling CONBOX, and are one series away from reaching the semifinals. While they were slightly shook by their previous adversaries, Kongdoo adapted and closed out the series. NC Foxes on the other hand had a good performance against LW Red, but they’ll be outplayed and outgunned against Rascal and co.. Just like my last prediction, this match has Kongdoo written all over.

NC Foxes battled their way past LW Red, but their play was far from perfect; they won’t be gifted the same openings here. Kongdoo on the overhand, look set to secure their semifinals spot and with Lunatic-Hai faltering on the other side of the bracket look odds on to win this season of APEX.

Kongdoo Panthera (or should I say Cloud9 Kongdoo now) are no doubt the favorites to win APEX Season 4. Their individual skill and teamwork are all top-tier, and above all, they have the biggest desire to win APEX after their close series against Lunatic-Hai in Season 3 finals. Despite the fact that NC Foxes is a solid team, the experience gap is too large for them to surpass the teamwork of the six veterans of Cloud9 Kongdoo.

RunAway shut down X6-Gaming from a 3-0 loss and came back in their reverse sweep win. The next question is if they can run into the Haeundae Beach sunset with GC Busan on their tail, who shocked the world in their victory over Lunatic-Hai.

Last week, I woke up in the morning to see RunAway reverse sweep X6-Gaming, and it was a treat to watch. RunAway showcased a great amount of versatility, with the DPS duo of Haksal and Stitch showing formidable confidence in the series. GC Busan got everyone’s attention on Tuesday, as Profit turned in a walking highlight reel, and Gesture shined on Winston.

Now that GC Busan demands my (and everyone else's) to consider them a threat, I’m nervous on where to place my bet. It’s RunAway vs. X6 all over again - an even skill level between both teams means this is anyone’s game. After much consideration, I’ll stick with RunAway, as their versatility and their experience should help them pull through. I expect this to be close, and I won’t be surprised if my prediction goes awry.

Both teams are on the rise after impressive wins last week, especially GC Busan’s. However, RunAway, are a messier team than Lunatic-Hai and are happy to take scrappy fights. So while I expect GC Busan to take an early map lead, I think RunAway will make a scrappy comeback. While GC Busan’s victory last week was incredible - Lunatic-Hai haven’t lost 3-0 since the APEX Season 1 quarterfinals - and I don’t want to take away from their victory, I think the numbers of errors Lunatic-Hai made gave so many openings for GC Busan that they may be slightly overrated after that performance. It’s a tough one to predict either way and should be thoroughly entertaining.

I have to admit, this is the match I’m pumped for. It’s no doubt going to be unpredictable. Who would have thought that GC Busan would display such amazing mechanics and teamwork against the Season 3 champions last Friday? But then again, Runaway is a team that always manages to surprise us against any top-tier team. I want to be a little daring on this one and boldly predict that after a close series RunAway will once again re-enact the dramatic match against Lunatic-Hai in the APEX Season 2 Quarterfinals which marked the beginning of the global RunAway fandom.

The first lower bracket match puts both CONBOX’s and LW Red’s APEX lives on the line. CONBOX might have their last chance at fighting on, while an unhappy LW Red has plans of their own to get by.

To CONBOX’s credit, they did try their best against Cloud9 Kongdoo, but they slowly got outplayed map after map. I still find it hard to justify them winning against LW Red here, as their players are better on an individual skill level. This should be LW Red’s game, and while CONBOX might give it their all, history tells me it just won’t be enough.

LW Red should still win this game but it could be fairly close after a mistake ridden first game in the Quarterfinals. R0ar looks uncomfortable on the Winston and CONBOX could throw them some curve balls here and capitalise on their weaknesses but I think the LW Red roster is still too talented to lose the game.

LW Red showed their strength at the beginning of APEX with Wekeed’s skilled usage of Doomfist, but after his nerf the once again struggled to find the right comp that would present them with the ticket to Semifinals. Yes, they are versatile, but that also means that they do not have a composition they can safely rely on. The two DPS Players of Nenne and Weekend will need to show that in addition to their flexibility, they also have the firm support from the tanks and healers to back their damage. CONBOX hasn’t been impressive, but I believe that is a given since they have switched rosters almost completely after Season 3. They will need more practice on LAN with their new members before they are seasoned enough to go beyond the playoffs.

The APEX Season 3 champions being smashed into the lower bracket was the last thing anyone expected last Tuesday. Now they have to survive against X6-Gaming, who are revving their engines after nearly losing in their upper bracket match.

Remember when I said last week that GC Busan were just a mere speed bump for Lunatic-Hai? GC Busan turned into a spike strip, stopping ryujehong and co. in their tracks in a devastating 3-0 win.

My mind and gut tell me that Lunatic-Hai can reinflate the tires and keep on moving, and hopefully they swap their roster around with a better lineup. They have a good reason to do so for this match - like a fine wine, X6-Gaming have been getting better by the day, as seen by their series against RunAway, being near meters from possibly winning. I’m not one to doubt Lunatic-Hai, but it won’t be easy for them.

Lunatic-Hai made so many uncharacteristic mistakes and unforced errors last week they were barely recognisable on defence. Their offence reminded you who they were though, and I think this week they will shift their starting roster and come out fighting. While X6 are a solid team, I think last week was a one off from Lunatic-Hai and not the start of an eUnited/Immortals style plummet. Plus, I just can’t fathom the back to back APEX Champions and potentially the best team Overwatch has ever had going out in the Quarterfinals.

I would have confidently said that Lunatic-Hai crushes GC Busan 3-0 before last Friday, but wow, it was the first time I witnessed Lunatic-Hai not being able to win a single map against a supposed tier two team. But it wasn’t a miracle - it was certainly a deserved win for GC Busan.

Lunatic Hai has not found their ideal comp in this meta, and it is uncertain that one more week will get them back in shape. LEETAEJUN was no doubt in his worst form as he consistently became the first sacrifice in every single team fight, and EscA was swapped too late to stop the overwhelming spirit of the Busan squad. If their performance is in a standstill even on Tuesday, they will no doubt fail to protect their crown against X6-Gaming. But who knows? If there is one thing I learned in APEX, it’s to “never bet against Lunatic-Hai”. Currently, X6 looks much better condition-wise, but Lunatic-Hai will also show that they are never easy to take down. Regardless of the outcome, it will be a very close series. I would personally love it if Lunatic-Hai experimented with the DPS lineup of Gido and WhoRU, which I have yet to see.

How do we always pick the same scores :D

Because we like being accurate 50% of the time maybe?

No seriously, we have 100% accuracy on the first two games again, hopefully we're not horribly wrong for the next two again.

Damn man, we were one map loss away from perfection.

I take partial responsibility for indirectly causing this necro to happen.