NWA are back with four Ninjaz4Life 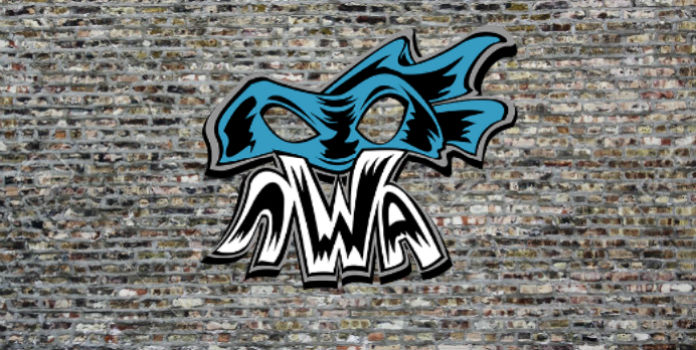 Ninjaz With Attitude were the rising stars of Europe in autumn last year. Their stock rose quickly after proving their worth in every tournament available and winning most - too quickly, in fact, as the team was unable to hold onto its assets without the security of an organisation. In an atmosphere of uncertainty, players were picked apart and scattered to the winds; now, with another period of instability launching them all back into the free agent pool, NWA has staged a reunion.

The Ninjaz are back.

The scene they left was weaker than the one they now return to. The meta is substantially different. There is no guarantee that they will succeed. But the NWA roster has undeniable talent and demonstrated that fact both before and after their split; with time to gel and practise together Ninjaz With Attitude could cause a storm in Contenders.

N.W.A and Their Family Tree

The original NWA lineup was not a star-studded roster, packed to the brim with known talent. Carefully crafted, it epitomised the concept of combined potential. None of NWA were respected or well-known when the roster was formed, but within only two months organisations were falling over themselves to sign NWA players to their team.

Veineless and evokje were the founders of NWA. In them, the team had a support duo that knew each other and were comfortable as a pair. Intelligent and dedicated, they surrounded themselves with other role players that had a team-focused attitude and strong individual talent.

The support duo had already been trialling British hitscan Realzx for their previous team, a middling roster with a visible ceiling. The three of them saw potential together and ditched their prior responsibilities to form a new project, which they named NWA. But it still needed three more players - first step, check ranked.

That’s where the three ninja musketeers found SPREE, an offtank hero picked straight outta comp queue who brought along his former tank teammate wat7. The addition of SPREE and wat7 set the core of the team in place, combining five players that meshed well together, and it wasn’t much longer before the final piece of the puzzle was laid.

After a while cycling through available options for a flex DPS, unconvinced by the plethora of notorious solo-queue Genji mains, NWA's five persuaded Hafficool to ditch his transition team from TF2 to Overwatch and take the leap full time. They instantly clicked.

NWA came rushing out of the gates with strong performances right from the start. Their first tournament showing was a win in the GosuGamers Weekly Europe #20, beating T.ROX, LDLC (now reformed in Contenders as Bazooka Puppiez), and Luminosity Gaming. They followed that up with another win in The Gauntlet, again beating LDLC in the final, and decided to compete in the DreamHack Winter qualifier for some real competition.

As the entry point to a major LAN, the DreamHack qualifier attracted all the big fish in Europe. NWA laid the smackdown on Europe's secondary tier of teams, beating Dignitas and taking a map from the giants of NiP at their height in the tank meta, following up in the lower bracket with wins over ANOX and a 3-0 over LG. Their run was halted teasingly close to DreamHack after a loss to Misfits. NWA placed third, just outside the invites.

NWA kept up the pace and placed second in Realm Hallow’s End, then won the $5,000 DinoPC #1 before their roster was pulled apart. These results are not cherry-picked; NWA never placed below 3rd in a European tournament, though admittedly limited to a sample size of five over two months. Strictly speaking, their recent qualification for Contenders after reforming was the worst tournament placing NWA has ever accomplished, despite securing themselves a reasonable seed in a prestigious $50,000 event.

When it comes to the autumn of 2016, NWA were clearly the third best team in Europe at that time, though their home scene was in a strange position. Only NiP and Misfits remained of the tier one talent, while the rest were off gallivanting in Korea’s inaugural APEX season. They set themselves apart from the teams below them with their decisive engagements, powerful frontline trio, and strong teamwork. Hafficool and Realzx ripped through teams on a range of DPS heroes while the rest of the team formed a strong supportive cast, often built around SPREE’s star Zarya.

As with Kungarna and Cyclowns that followed them, NWA burned too bright. Without an organisation to keep the pieces together, NWA were ripped apart, a little like their namesake, by competitors’ record deals poaching the individual talent. While the team as a whole negotiated with the scant organisations around at the time, their players felt pressured into finding secure homes.

The first to leave was SPREE as he sped off to earn a salary for Luminosity, a team that NWA had rolled 3-0 in their last three head-to-heads. It was a sign of the collapse to come; SPREE’s announcement made it clear the finances were his reason for moving, prompting derision from Hafficool who was astounded that SPREE would prioritise money over success so early in his career.

With the benefit of hindsight it was a reasonable decision for SPREE. Although LG Loyal flopped compared to their expectations after the move to Canada, they did place 3rd in the Winter Premiere and SPREE looked like a strong offtank all throughout his eight-month stint with the team. That individual performance has now booked him a spot on the rebuild of FaZe, the revitalised lineup that crushed the NA Contenders qualifiers.

evokje and Veineless were the next to leave. The two went as a support pair to Dignitas, another failing team at the time, using NWA blood to scrawl out the writing on the wall. After six months of terrible losses, hard grind, and the late addition of wat7, they eventually turned Dignitas into a top European team. Just as they had revived the spirits of that slumping side and helped them to a fantastic run in the lower bracket of the PIT Championship, Dignitas kicked them out on the road to begin again with NWA.

After three of the original NWA had left, and it was clear that the team had been split asunder, Hafficool and Realzx decided to court the North American orgs. Hafficool was picked up quickly by Fnatic to replace iddqd on flex DPS but landed in the midst of the D.Va meta, slotting neatly into that role for the team. Though he was one of the best D.Vas in North America and was a key reason for their placings at DreamHack Winter and MLG Vegas, his strong performances were overshadowed by Fnatic's crushing defeat at APEX with Hafficool making little impact.

With a meme surrounding his “mid-tier” performance in Fnatic, exacerbated by a poor showing on 140 ping Genji in the Monthly Melee after APEX, Hafficool has the most to gain by hitting his previous form as a scary NWA DPS.

Realzx has none of these issues precisely because he was never able to find the same opportunities as his teammates. With a tactical mind for the game, supplemented by history at the top of the Smite scene, Realzx resorted to trialling on Lucio for LG, compLexity, and Fnatic, forsaking his hitscan talent to fill a role in high demand.

He returns to NWA in an optional triple DPS meta, playing alongside Hafficool and eMIL to form a highly flexible trio.

With Hafficool and Realzx reunited and playing on home turf, NWA will aim to show again why these players were the fastest rising DPS duo in Europe. It's a second chance for two players who had their potential squandered on D.Va and Lucio. An opportunity to prove that they still have the skill, the synergy, the tactical mind. Time for Europe to witness the strength of street knowledge.

N.W.A. and the Posse

Four of the original gangsters are back in business for NWA, but Veineless and SPREE decided to make music for Team expert and FaZe respectively. With only a few days to trial players before Contenders began, but a large free agent pool to choose from, NWA brought in the Posse.

eMIL is a new addition and fills the flex hole that SPREE left open. His talents on D.Va and Soldier: 76, which clockwork has described as "some of the best aim you'll ever see in your life", will be required for NWA to do well in this meta. It's harder for a flex to be the kind of powerhouse formerly seen in the days of 2016 buffed Zarya, but an excellent D.Va or Soldier: 76 can still make all the difference.

iPN is the second new addition to NWA's reform. With Veineless joining Team expert for a German hoedown, NWA picked up the Norwegian that expert missed. iPN is their flex support, holding down right click to smash orbs into the heads of their enemies and injecting aggressive foes with vast syringes of ketamine.

The new NWA finds itself competing against teams with insane individual talent compared to their former opponents, with star European Tracers likely to cause problems in particular. NWA’s old strengths were an ability to play any composition required at a top level, strong DPS players, and great Zarya-centric teamwork. Since then the pace of the game has accelerated - NWA will have to adapt fast.

This roster may not crush the tier-two European scene like they once did, but if the players can harness that initial spark of synergy and build on it with experience gained and new talent, NWA could become a violent storm.

They will need to beat Misfits or Laser Kittenz to make Contenders playoffs, and the word on the street is that Ninjaz don't play nice with the pigs, little rabbits, or kitty cats.

i am in love with this article!

But does iPLAYNAKED actually PLAY NAKED?

Looks like Misfits and Laser Kittens were just too much to handle.

Ninjas4Life? That title is something...

Dropping these NWA references like f bombs in a rap single.