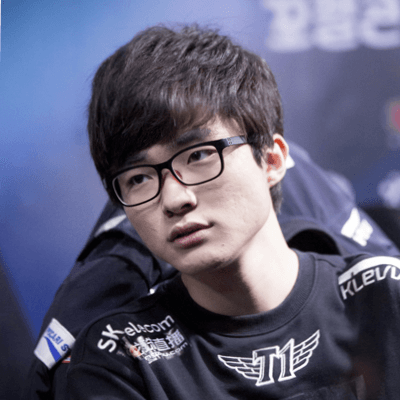 Barely a week since Lee "claris" Keon-Ho and Byeon "Munchkin" Sang-Beom had been selected to join the newly expanded Lunatic-Hai roster for APEX Season 3 comes the news today that they have both departed by mutual agreement between the players and the team. Lunatic-Hai had been on the hunt for new members since last month after OGN ruled that a single player could now be switched out during APEX matches in Season 3.

Originally Munchkin had been accused of being the owner of an infamously toxic ranked account. The alt account, named “은평구꽃사슴”, had a history of showing severe toxicity towards almost everyone he met on high level competitive play. The players included pros such as LEETAEJUN, who he flamed on his ability to play Tracer and that he should "stick to hog". The account, witnessed by multiple Twitch streamers, become such a controversy that the community kept a keen eye for clues and eventually was able to link it to Munchkin. Munchkin denied the accusations, claiming it was his "close irl friend that he doesn’t talk too much".

This part of the story actually caught the attention of Thorin and MonteCristo over the weekend on their most recent edition of OverSight.

A few hours ago, in the face of mounting pressure, he finally admitted to having lied on his previous statement. Although originally Lunatic-Hai had decided they would give him another chance, a massive backlash from their fans and the wider community seems to have left them with no other choice but to drop Munchkin.

The case of claris is much less cut and dried. And it seems that with no admission of guilt over percieved wrongdoings, it is the Lunatic-Hai fans who have become judge, jury and executioner.

Known for being extremely vocal when it comes to deciding who to dislike, Lunatic-Hai fans had made claris the victim witch hunt in recent days, publicly bullying over baseless accusations of cheating and running a boosting service. Today he announced his resignation from his newfound team, citing the intense pressure of the situation, but continuing to deny the claims.

Reports have now surfaced that these inflammatory claims were mostly nonsense. So it seems claris may yet have a bright future in front of him, albeit be out of Lunatic-Hai.

After losing both of the new players, Lunatic-Hai have brought in Gido, who they had previously rated third in their original selection process behind Munchkin and claris. Even within the Korean scene relatively little is known about the new recruit other than that he doesn’t seem to have any significant controversy surrounding him, but that may well be the most important requirement to play for Lunatic-Hai at present.

Official APEX Season 3 rosters were originally supposed to be finalized today, but OGN have extended the deadline by 24 hours -- most likely prompted by this drama and uncertainty cast over the reigning champions, Lunatic-Hai. For now it remains unclear who may be called on to fill the potential 8th spot on their APEX roster.

The Lunatic-Hai roster is currently:

Can you imagine the case if NA fans had this much control over teams?

Dummy would be removed by NRG so quickly

TSM sold off the Code7 roster to coL as fast as they could after some people on reddit started shit because of the TJOs past.

I've never heard of this, what was that about?

There's a huge difference between someone that cheated in recent time and someone shit talking in mm, also TSM is a rare example of a western org having too strict rules, most NA orgs would have just made a statement about how they will be keeping a close eye on those players and that they've changed and bla bla...

TSM is the only org to ever care about stuff like that and that's because they're keen for good PR. It's not like the TJO's careers are finished in NA or anything.

FeelsBadMan munchkin would have been a solid addition

Earned pariah status in your native Korea? Why not consider a career with Cloud9! SeemsGood

So you want them to replace surefour ?

The players included pros such as LEETAEJUN, who he flamed on his ability to play Tracer and that he should "stick to hog"

If I was held accountable for all the dumbshit I did when i was a teenager, I would have been executed. ..... well my point is, come on he was just a kid.

Feels bad for Claris tbh... he actually had nothing to do with the whole drama Munchikin started but somehow he got into this mess... #ripclaris #goodfriendmunchikin