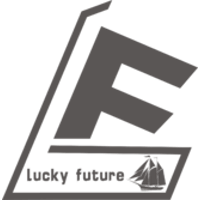 Lucky Future China Rank #1 DPS player Munchkin has announced his retirement from Overwatch. He played for multiple Overwatch League teams in his career.

Munchkin's Overwatch career began in 2016 with Rhinos Gaming Titan and the OGN Apex series where many soon-to-be superstars would garner the Overwatch world's attention. Unfortunately for Munchkin and many on the Rhinos Gaming Titan squad, they would not get that chance to shine, and lost all of their matches in their group against Flash Lux, Rogue, and Afreeca Freecs respectively, ending the team's playoff hopes in the tournament.

He and the team would have a few other minor bouts in some qualifiers and minor tournaments, but his time with the team would end in April 2017 when he ventured out from his home country of South Korea and found a new place to compete in Europe with the Laser Kittenz squad alongside his Rhinos Gaming Wings teammate claris.

Under his new banner in the European Overwatch scene, Laser Kittenz entered Overwatch Contenders Season Zero Europe with high hopes for the recently announced Overwatch Path to Pro system. Laser Kittenz had also recently come out of a fourth place finish in the HND Invitational, in which the team had pushed their opponents, the Hollywood Hammers, to the final map of the bronze final, but were not able to defeat their opponents to secure third place.

In Contenders Season Zero Europe, Munchkin and the Laser Kittenz squad would fight their way through the open qualifiers and their group to the playoffs, finishing their group narrowly behind group leader Misfits, who edged the Kittenz out by a single map to secure the top seed in Group B. In the playoffs, they would eventually be pitted against Team Singularity in the quarterfinals, which the Kittenz handily defeated 3-0. However, their following semifinals match against eUnited would not end with the Kittenz advancing to the finals. The eventual champions defeated the Kittenz in four maps, knocking the squad out of the tournament at 3rd-4th place.

Munchkin would eventually depart from Europe in July of that year to return back home, where a future with one of Overwatch's most famed rosters would await him. He would join Lunatic-Hai for the OGN Seoul Supercup, which pitted Korea's two best teams at the time, Cloud9 KongDoo and Lunatic-Hai, against two of China's best teams at the time, Lucky Future and Miraculous Youngster.

Both teams were bursting with top talent that would soon dazzle on the Overwatch League stage, and the exciting finals of the exhibition tournament proved that the Lunatic-Hai team (plus Fleta, Munchkin, and xepheR) that would soon represent Seoul in the Overwatch League were immediate contenders for everyone's preseason predictions of who would be fighting for the inaugural season championship.

However, as the inaugural season kicked off and progressed, the results and performance that the legendary Lunatic-Hai core was known for displaying while competing in their home country didn't always see the light of day. The team began the first two stages looking promising, but weren't able to find a stage playoff berth. After the second stage of the inaugural season, the Seoul Dynasty seemed to lose their footing, going 5-5 and 3-7 in the next two stages.

The Dynasty would eventually finish the regular season in eighth place, putting them out of playoff contention. With the 2019 season to look forward to, the team immediately went to work looking to reform their roster for the 2019 season.

Munchkin would remain with the team through their first postseason roster shuffle, and returned to Burbank for the 2019 Overwatch League season with similar hopes in the inaugural season. With expansion teams stacked to the brim with talent chomping at the bit to prove their worth against the opposition, the Overwatch League standard of good teams and team play would only rise higher than the past season. Unfortunately, similar to the inaugural season, the Dynasty weren't able to break into the upper echelon of teams, and remained in the middle of the standings throughout the entire season.

However, Munchkin would not remain with the Dynasty throughout the entire 2019 season, and chose to part ways with the team before the beginning of stage four after his appearances in maps saw a decline as the team elected to have Fleta and Fits be the team's starting DPS duo during the GOATs dominated meta of 2019. However, due to his time of departure from the team, he would not be able to join another team until the 2020 Overwatch League season.

His final stint in the Overwatch League would be with the Boston Uprising, who announced his addition to the team in late November 2019. Unfortunately, Munchkin would be seen in only one match in an Uprising uniform before leaving the Uprising to return to Asia and compete with Lucky Future, who had gather other former Overwatch League players onto their roster such as Daco, NUS, TiZi, Wekeed, and Gido.

The 22-year-old has announced that he, like many other former Overwatch players, will be pursuing a professional VALORANT career. As for his former team, there are only three players that have not announced free agency at the time of writing. These players are Rookie, Gido, and Daco.