The name and colors were crafted to marry together the history of Envy, its investors, and the region, as per a press release from the franchise. The state of Texas has had a history of being one of the leaders in energy production within the United States, and EnVy's principle investor, Ken Hersh, has had a long history in the oil business. The franchise kept blue as the primary color to stay true to EnVy's history as the "Boys in Blue." 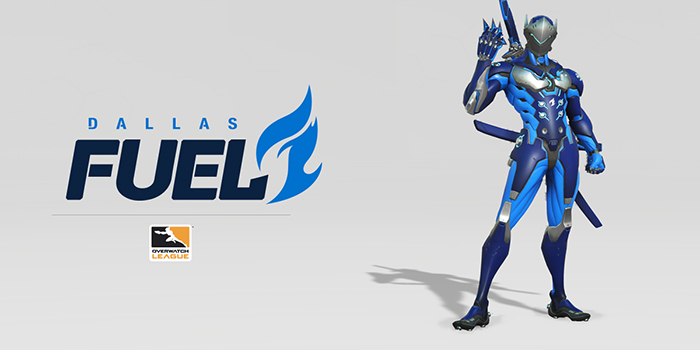 “Bringing an Overwatch League franchise to Dallas with the Dallas Fuel is just the beginning,” said Team Envy's CEO hastr0 in a press release. “We plan to make the area a hub for esports culture and fandom—with professional teams, an arena for thousands of cheering fans to watch live competitions, training centers and more.”

Despite being one of the last franchises to announce their entrance into the Overwatch League, Dallas has been working fast on building its team and branding. A few weeks before the announcement of the team's branding, the franchise announced it would be adding Seagull to its roster for the Overwatch League, and the team is expected to acquire more subs to fill out the roster that will be competing in the Contenders LAN playoffs.

There may not be a long wait until the next Overwatch League franchise's branding is announced. According to the Twitter of the High Noon Podcast, Los Angeles Gladiators has been trademarked as an esports brand. EPSN's Jacob Wolf has identified this as the name of the Kroenke's franchise in Los Angeles.

Am I the only one that thinks Dallas Energy would make more sense and fit into e-sports more than Fuel? either way I ain't impressed.

Dallas Energy is a company already, so probably a conflict there with copyrights perhaps? Also NRG=Energy so they would probably not want that confusion either.

gotta save that 5% on GFUEL somehow

Feel like the name could be a lot better, but I love the logo. It's simple, clean, kinda like it.

I've gotten more used to the name as the day has gone on. I love the logo as well

Tbh not a big fan of the name but the logo and genji skin..... so beautiful

That genji is very blue

Not a fan of a baby blue

Logo is great, colors are 10/10, name is wacky. Credit for not going with an animal in their name though.

People keep criticizing the logo, I think it looks great. Its gonna be really strange not seeing orgs with their real names, of course I'd prefer that but this isnt a bad alternative.

so is Optic gunna get a mcree or widow skin :thinking:

If Blizz makes skins like these for all heroes for all teams, that would be a lot of easy $$$. I'm a fan + Dallas got their logo and branding right.

I think you're forgetting about the true Genji god in the team: Cocco

As a Genji main and a Seagull fanboy, I am very pleased.

should've been a jrat skin for seagull

so u pay 28+ million and then ur not even allowed to represent your own brand there.
pretty sure if u pay them 50Mill extra they will make u the winner of this tournament already.

LOL pretty sure they chose the name and went into this knowing they would have to create a new geo-located brand.