wya becomes two-way player on Charge, Ignition One picked up as academy team 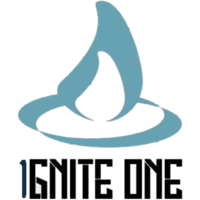 Haomiao“Wya” Qi will join our academy team(now as “Ignite One”)as a two-way player. He will be training and playing with the academy team until his visa problem being solved.(2/3)

wya has not played any games in the 2020 Overwatch League season, both before and after the league moved online due to COVID-19. The team, whose roster is majority Korean, are currently playing in South Korea, and wya has been unable to join them.

He becomes a two-way player for Charge’s academy team after previously playing for the then-sponsored academy team T1w.GZA, and was then promoted to the Charge in November last year. He will play with the academy team until his visa issues are resolved, according to the franchise.

The roster that he will join is Ignition One, who have become the Charge’s newest academy team after they ended their partnership with T1w in February. Ignition One competed in Contenders Season 1 in China, where they played in Weeks 3 and 4 but did not qualify for the playoffs.

Ignition One are set to compete in Trials for Week 1 of Contenders Season 2. China will use the same format from last season after a number of regions saw changes to their local circuits.

Ready for when wyas contract expires this team is gonna get dropped in similar fashion to t1wgza ?