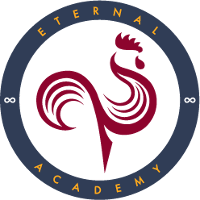 We're pleased to announce that the Eternal Academy will be competing in the upcoming Contenders season! #FiatLux pic.twitter.com/wMGPxAesbN

Eternal Academy participated in Contenders as the academy team of the Paris Eternal in Contenders 2019 Europe: Season 1. They missed the playoffs with a seventh place finish that season and were relegated to Contenders Trials. They failed to make it back into Contenders from Trials.

Given that Contenders Season 2 was the last Contenders season of 2019, Eternal Academy disbanded their roster. They have not built a new roster since.

The team will now be looking to rejoin Contenders as the second academy team in Europe. Europe's other academy team is the British Hurricane, the academy team of the London Spitfire.

The seeding tournament for the 2020 Contenders season begins January 6.

Hopefully this time they won't get relegated to OD

With Sparkle? No way

Like, what else would Sparkle do until June? (His birthday was late May or early June as far as I remember?)

Most likely stay in working with team itself when they travel as a lot of the reason Paris managed to sign sparkle was that he wanted to continue working with head coach Rush, so I'd say it is reasonable to believe that sparkle would want to work with the team itself and travel with them which would hardly be conducive to playing for an academy team given the constant change of ping, availability and time differences that would make organizing it a nightmare for a GM

Sure I get the point getting him with the team to build synergy, but Paris plays 16 games before Sparkle even turns 18. On the day he turns 18 Paris have their 17th game of the season, which is probably first game he is eligible? So Sparkle is not eligible for 16 games for sure, but could possibly be playing 12 games.

Although like you said there's going to be travel and stuff so not 100% sure of their travel route, where it would even make sense to keep some players in their home base (presumable Paris or some NA East Coast city?) and play Contenders or something like that.

Keeping Sparkle on bench for 4 months for doing nothing is probably not very useful unless Paris does keep 12 players with them whole season for internal scrims, but by the looks of it Paris is going for 12 man roster so it might make some sense. But it's pretty sure that Sparkle wouldn't be scrimming in Team-A vs other teams until he is near eligible.