Contenders to get makeover in 2020

Overwatch Contenders in 2020 will be run with an entirely new format. Most notably, the league system will be done away with and replaced with bi-weekly tournaments featuring promotion and demotion.

Each Contenders season will now run on a system where teams earn points based on where they finish in bi-weekly Contenders tournaments. At the end of each season, the top eight teams based on points will make it into their region's double-elimination playoffs to compete for their region's title.

To start the 2020 season, all teams from Contenders 2019 Season 2 will be invited to compete in a preliminary double elimination tournament. This will determine the seeding of the first Trials and Contenders tournaments of 2020. The bottom four from that tournament will enter Contenders Trials. There will not be another preliminary seeding tournament in 2020. 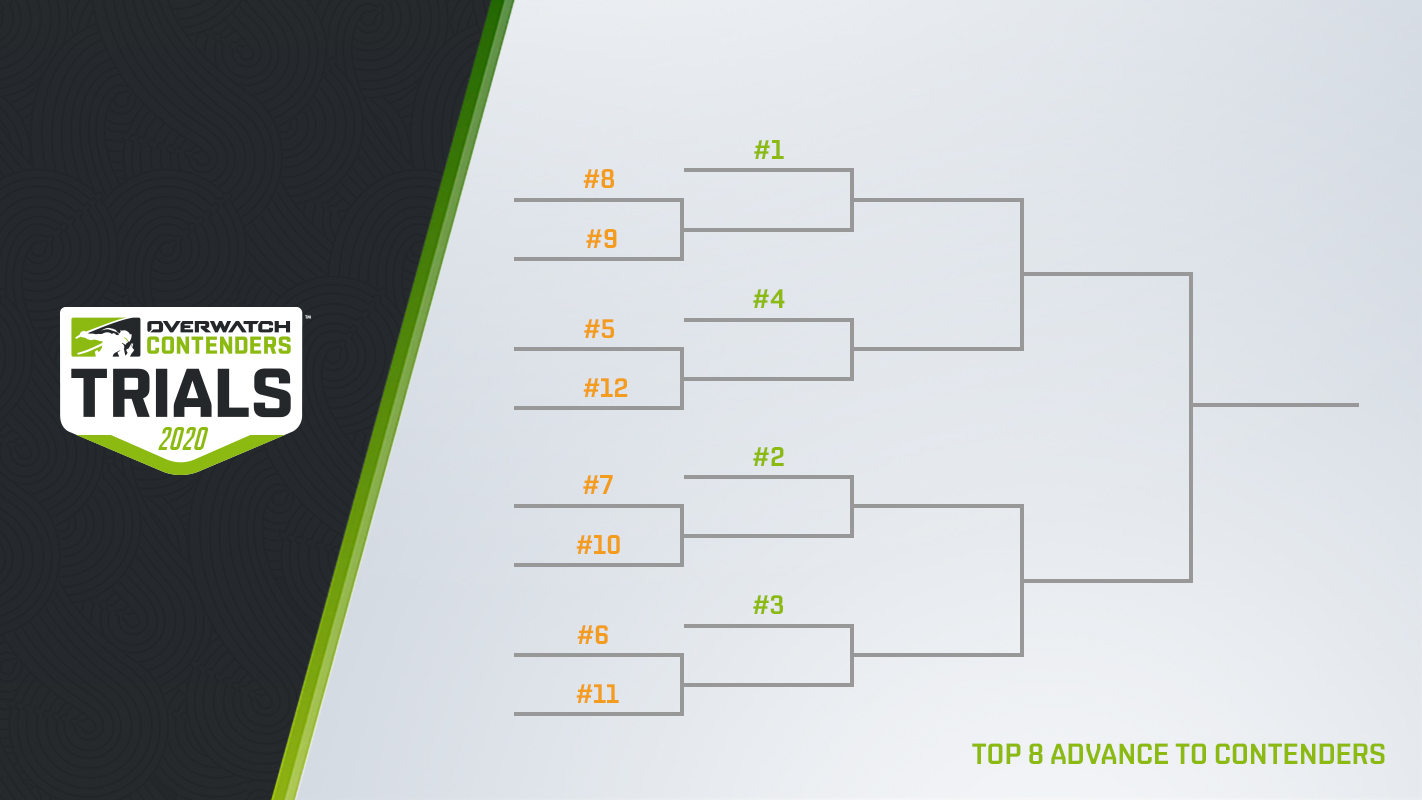 Trials and Contenders will alternate from week to week. Additionally, regions will now be split into two divisions with Australia, Pacific, China and Korea representing the Pacific Division and North America, Europe and South America representing the Atlantic Division. Each division will alternate Contenders play between each other from week to week. While regions from the same division will play at the same time, there will be no cross-region play within the divisions.

After the fourth week of Contenders play, the playoffs will begin based on points earned by teams throughout the season. At the end of the playoffs, a champion will be crowned. There will be two Contenders seasons in 2020.

Blizzard confirmed the Showdowns and the Contenders Gauntlet will return in 2020. Details will be released later. Additionally, information on prize money and potential LANs will be revealed later in the year.

No information was given on how previous rules surrounding academy team qualification will play into the new Contenders format.

One one hand I am really happy about the additional competition but ping and time zones will be a huge problem....

It looks like it's still split per region, so they should be about the same as they are now. But I think this format is much better.

Why does somehow look worse than the current format

This means Korea will not continue to play contenders live like they are now, so it's a major loss for them.... Unless the entire Pacific division travel to Korea to play, which I highly doubt it.

Unfortunately, Korea has played their Contenders matches online for the entirety of 2019.

korea didnt play on lan with the current contenders format

One thing I'd like to make clear that I believe I failed to do in the article:

I will update the article to make this more clear.