Atlanta in Review: A test run for home matches

The Atlanta Homestand Weekend felt like it was being used as an opportunity to experiment with things. Both for the Overwatch League itself and for the Atlanta Reign.

That's not necessarily a bad thing. In fact, testing what works is important if the Overwatch League (and the Reign) want to get home matches right next season.

The Dallas Fuel Homestand was a success. The crowd was large and passionate, and remained so for the whole weekend.

But the Dallas Fuel were a returning team with an established fan base, and one of the most popular teams at that. They entered the weekend with a winning record and their matches were last both days. The event was setup for success.

The Reign, on the other hand, are an expansion team--one of the more popular expansion teams, but an expansion team nonetheless. They entered the weekend winless in Stage 3. They were going to play in the third match of the day on days with four matches.

Concerns about fans showing up to support their struggling local team quickly melted away. The arena was packed for the Reign's match. Based on how the weekend went, fans will show up to support a struggling home team--at least for a single weekend. 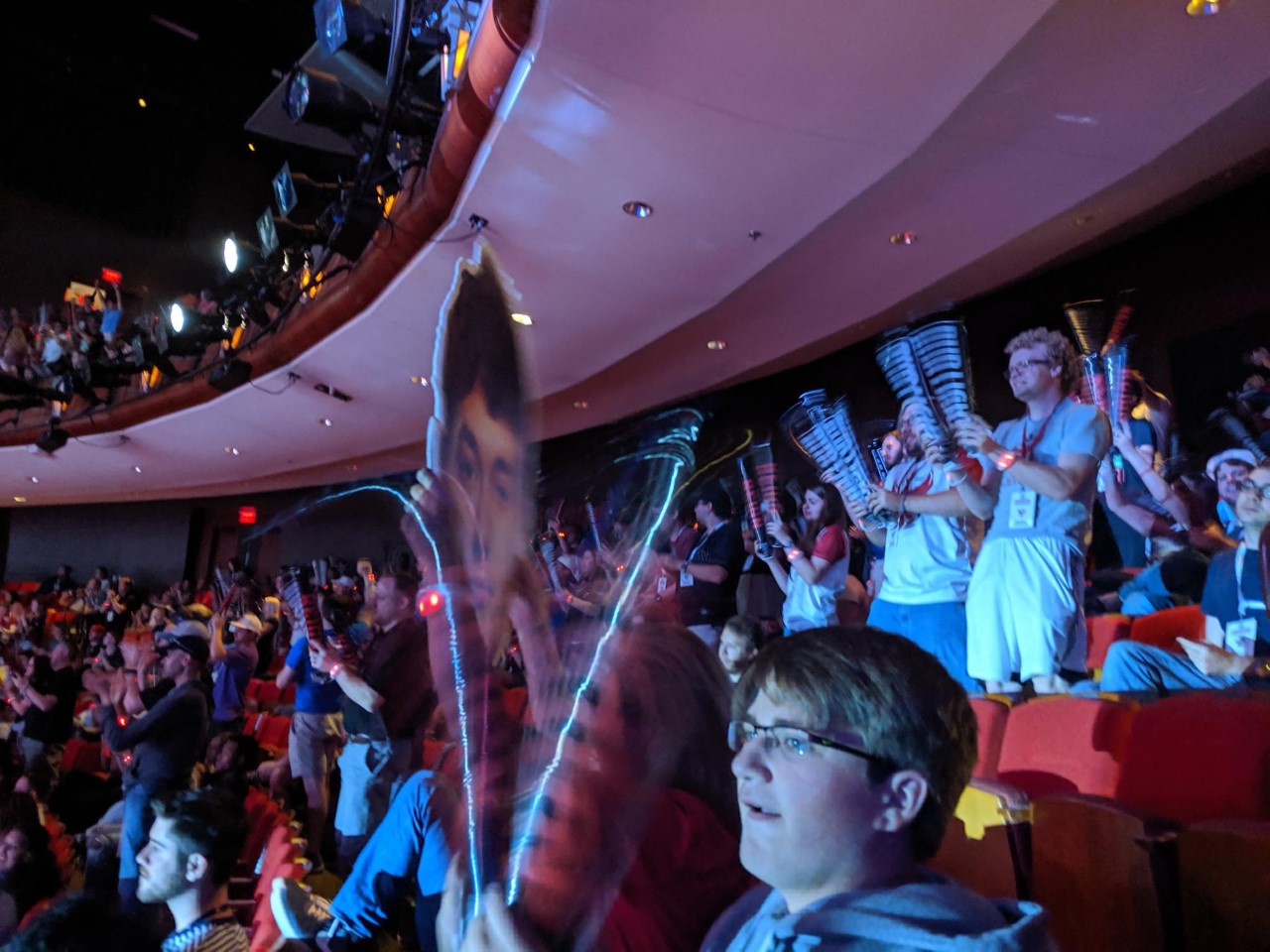 The fans' interest in seeing other teams play was less reassuring. While there was a decent amount of people for the first two matches of the day, seats were noticeably empty. The arena was packed for the third match of the day--the Reign's match--and then cleared out after that match ended, despite one more match for the day still on the schedule. Some people stuck around to watch each day's final match, but there was a significant amount of people missing.

It definitely hurt that the home team got their match out of the way before the day's final match, but it probably didn't help that the day was so long. Four matches of Overwatch becomes an eight-hour day at an arena with little to do outside of watching Overwatch.

To be fair to the crowd sizes, the arena that the Reign's homestand took place in was larger than the Blizzard Arena, so it's hard to say how the crowd size compared to Overwatch League's regular crowds.

Nonetheless, it was surely a learning experience that Blizzard carefully took note of. The successes and failures of the homestands in Dallas, Atlanta and even in the Blizzard Arena's Los Angeles backyard will shape exactly how the Overwatch League implements home games next year.

The Reign will also be taking lessons learned to action and even did so within the weekend. 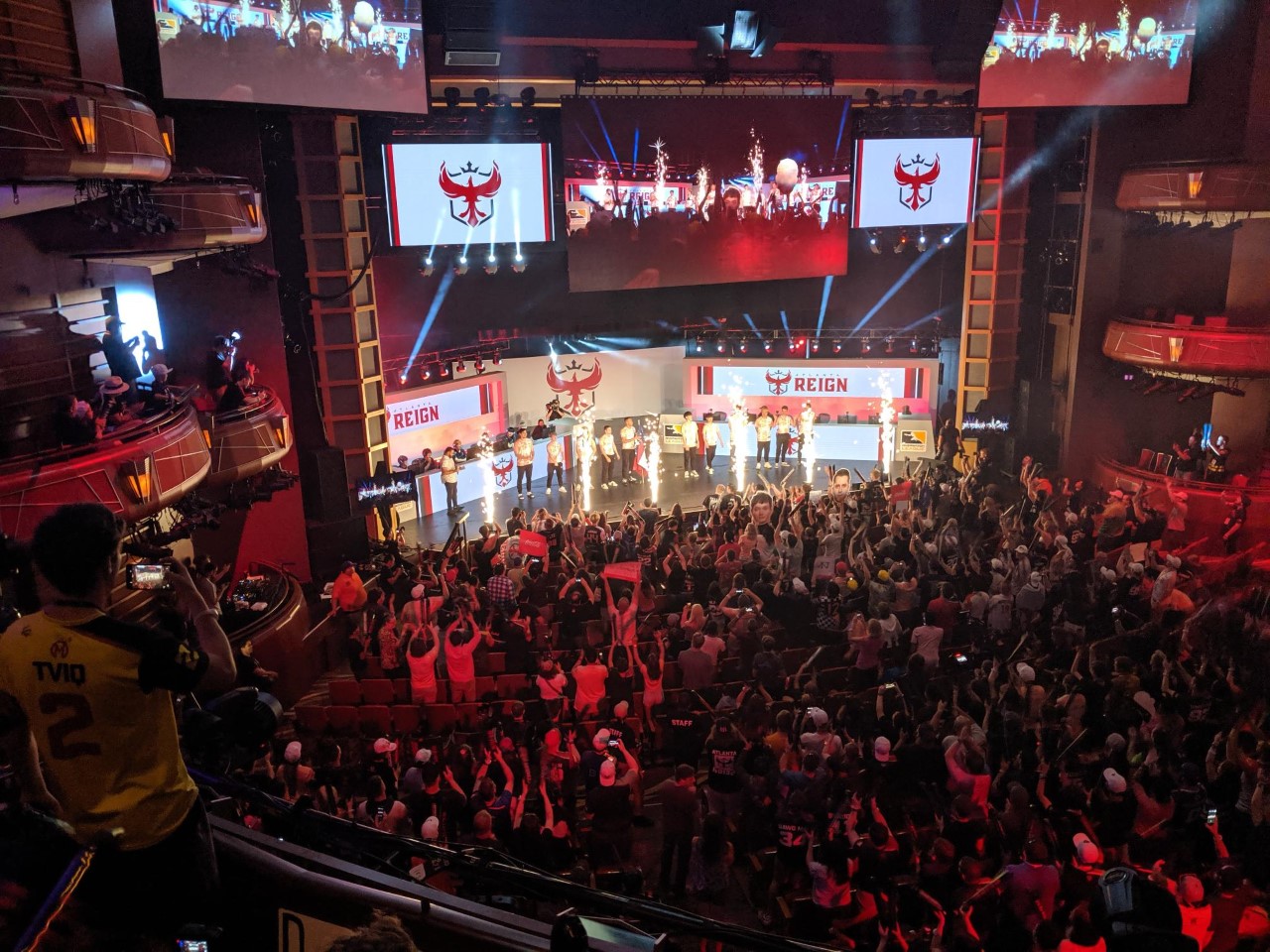 Those same screens occasionally took a break from the action to urge fans to "Get loud". On the first day, this wasn't used much except for during the Reign's match. On the second day, it was sprinkled throughout the other matches to keep the energy up and sometimes pushed for "Defense" chants to sprout up.

The fans didn't necessarily need a video screen's prompting to get chanting, though. The arena regularly erupted into chants of "A-T-L" and "Let's go Reign" throughout their matches. The audience got more creative and confident on Sunday as one fan led the arena in a "I believe that we will win" chant and another got the whole arena to sing "Goodbye" to the Mayhem after the Reign defeated them.

And for all the criticism toward the engagement in the matches outside of the Reign's, it wasn't like the arena was quiet for those matches, either. There were lots of fans for other teams present in the arena and they often led chants for their teams, as well. They tried to lead chants against the Reign, too.

During the match between the Reign and the Mayhem, one Mayhem fan regularly tried to lead chants in support of the Mayhem. While he got a few other Mayhem fans to chime in with him, they were soon drowned out by some deafening Reign chant or another before long. It was clear who the home team was throughout the weekend.

That's a good thing for the Overwatch League. The whole point of city-based teams is to create a connection between Overwatch fans and their local team. Based on how this weekend's event went, that seems to be working.

The issue will be making the home matches work in a schedule that's not brutal to the league's players. But that's what this year's homestand weekends should be for; they're for testing what works and doesn't work so the Overwatch League can have something to go off of when making next year's schedule.

Unfortunately, the Overwatch League isn't able to give every team a homestand weekend this year. These test runs are equally important for the teams as they are for Blizzard, and the Reign are evidence of that. Some things the Reign learned this weekend couldn't be fixed between Saturday and Sunday. 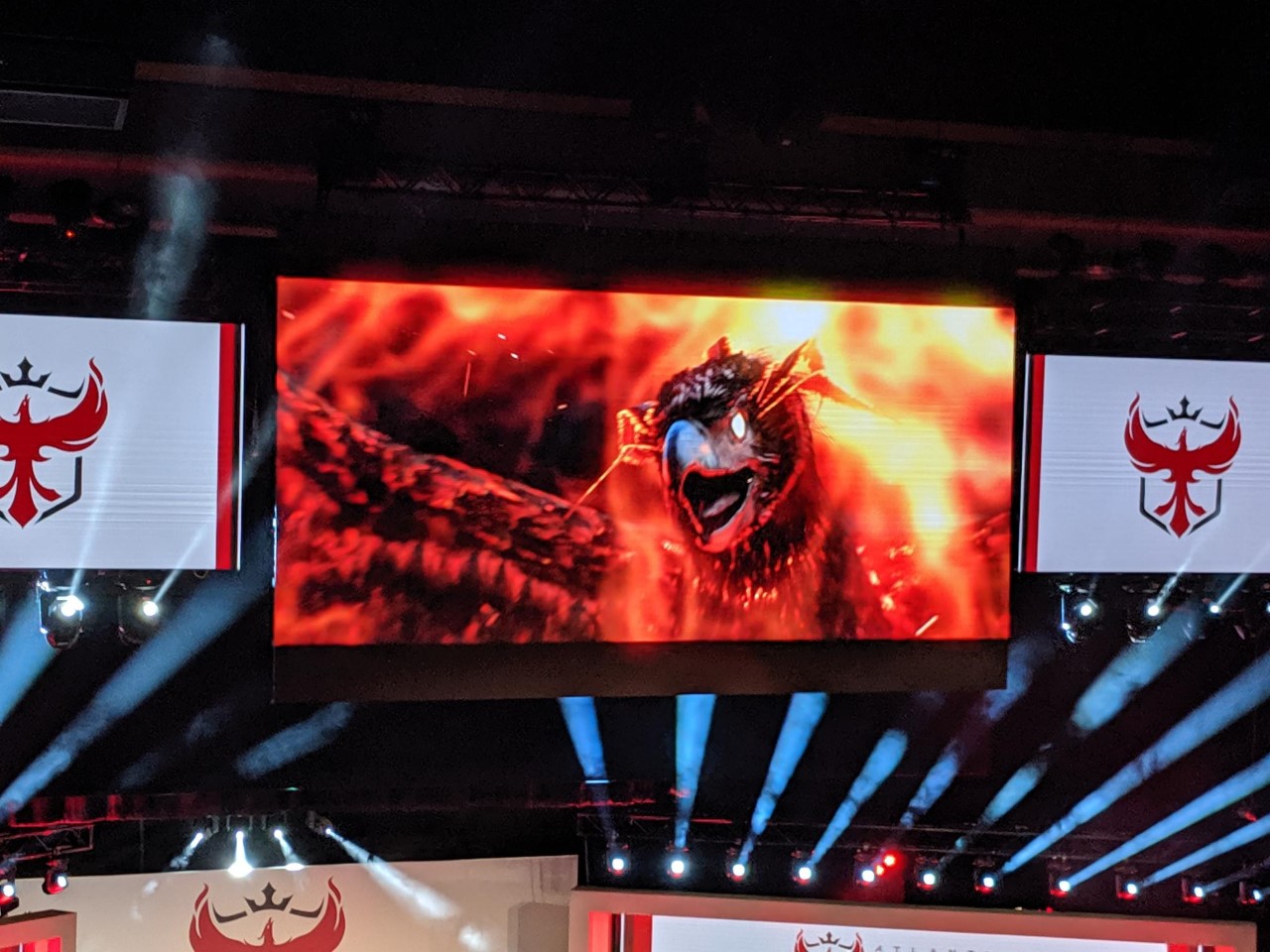 The best example of this were the issues in viewing for the front few rows of the arena. They were nearly directly under the large video screen most of the arena was using to watch the matches, and thus couldn't use it. The front row had television screens to watch the matches with, but they were seat-height, meaning that people in the next few rows probably couldn't see them with the heads of the people in the front row blocking the view.

It was a problem that was an unfortunate byproduct of using a venue not originally built for esports and using it for Overwatch matches for the first time. Still, it was better for this problem to make itself apparent in a one-weekend event rather than next year after season tickets (should they exist) have potentially been sold.

For teams not hosting their own homestands this year, they will have no choice but to study the existing homestands carefully and learn by watching. No one should enter this with the idea that they have it all figured out.

After all, this "home games" thing is new territory for esports. It's a learning experience for everyone.

I would think home games should be a 2 game per venue 2 venues per day setup. Schedule a regional team vs whomever, home team vs whomever. Then second venue same thing. Thus giving people a chance to see regional teams that they might care to see then the home team. While not having to fill an arena for 8 hours. 2 4 hour venues makes for a better fan experience as well as doubling ticket sales on Blizzards end.

Individual home games for every game in my opinion would be ridiculously tough to pull off.

Not sure how much "other match" without home team would interest local fans, but I do agree that only one match (which could be just 1 hour) is pretty short as a event unless they plan to have some other filler stuff for people attending.

Although scheduling will likely be easier (if they plan to keep 4 matches per day or even more depending how widely they would play) as imagine, if day starts with Paris vs Team A in Paris and after that London vs Team B in London in "prime time" for EU. After that there's chance to have couple games at NA East Coast and even after that few games at West Coast. There's also China/Korea after that. Technically it could go like that, but probably has some problems.

My point was just that time zones makes it pretty smooth (for Twitch or other online viewers) without interfering too much with local times and putting some teams to play at terrible time (for example Wednesday 3pm in LA time as Blizzard Arena is pretty often quite empty on early weekdays).