I won't hide it. I was impressed by the first day of Atlanta's Homestand Weekend. It sold me on home matches.

There are concerns and issues, yes, but we'll get to those later. Before we do that, we'll talk about all of the positives.

The event felt like a truly local one right from the beginning. Even before I entered the arena.

The parking garage was filled with Georgia license plates. Fans from the Atlanta area and the state as a whole were ready to support their hometown team.

However, while the majority of parked cars sported Georgia plates, they weren't all from Georgia. People came all over, but especially from Florida, Tennessee and North Carolina.

In fact, there was one car from Virginia I passed on the highway on my way down to Atlanta the day before who was pulling into the Cobb Energy Centre to park.

It wasn't just important for the Atlanta's Homestand Weekend to be local, it was also important that it garnered some regional interest, as well. For many Overwatch League fans in the southeast, this was the first time they could see live Overwatch League matches. Flying out to Los Angeles, New York City or Dallas just isn't feasible for everybody.

And when fans have an opportunity to cheer together for one team? Their engagement will go through the roof. After all, that's what happened in Atlanta.

While the crowd was active in the day's first two matches, they didn't seem any different than the crowd in Los Angeles. In fact, there's a chance they were a little less active given that the majority of the crowd was Reign fans uninterested in the Mayhem, Excelsior, Justice and Fusion.

However, when it was time for the Reign to play, the atmosphere in the arena changed wildly.

Seats that were previously empty were filled. Fans who were once empty-handed fans were holding signs. People who were at one time quiet and maybe even uninterested were screaming and clapping their thundersticks.

The crowd went into a frenzy the moment the Reign's players walked toward the stage. That energy didn't dissipate until after Dogman's post-match interview. 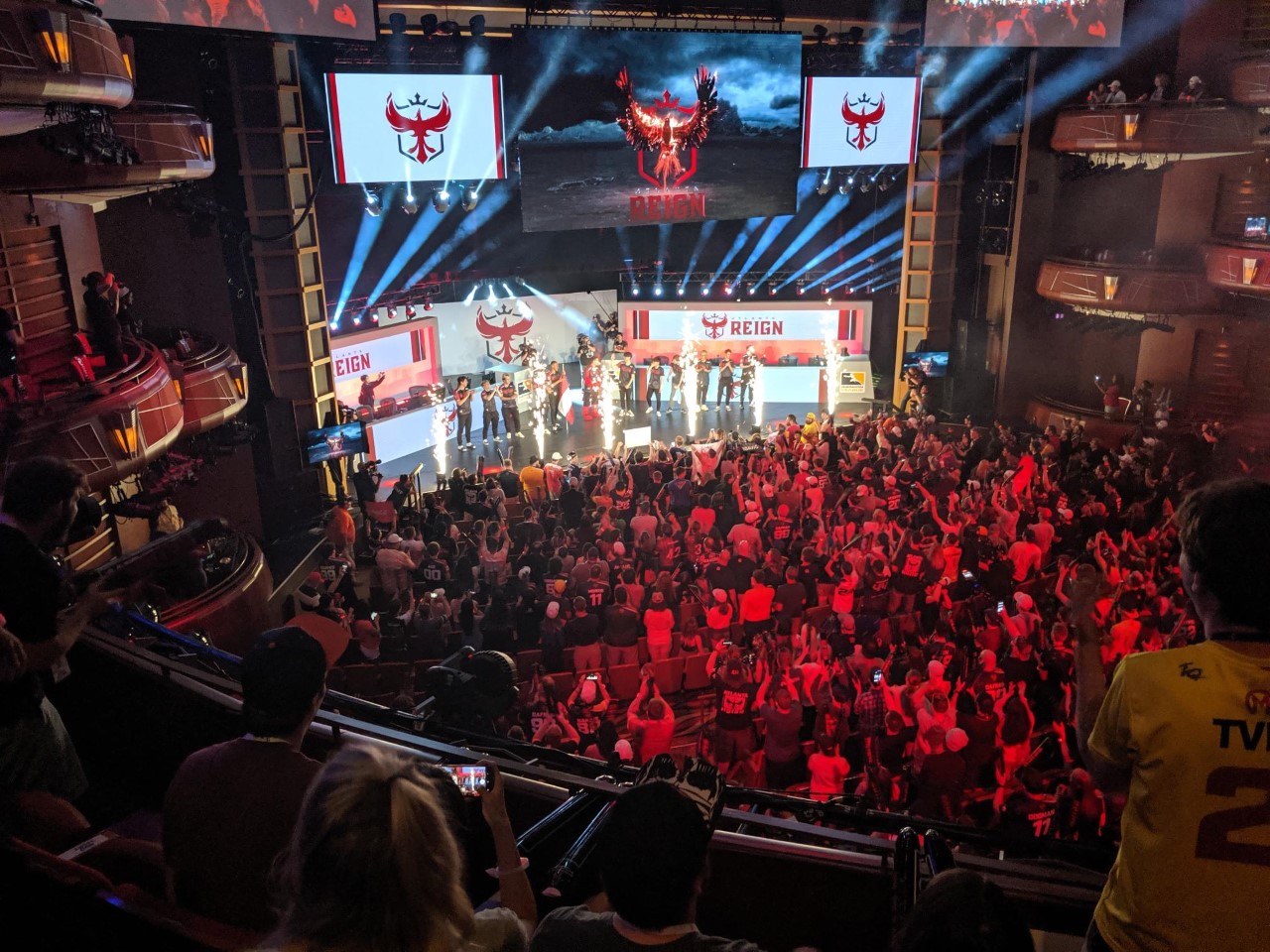 It was clear who the home team was. The Defiant were booed when they first walked onto the stage. The cheering within the arena was deafening whenever the Reign earned any kill at all (even in fights they appeared to be losing). There was a distinct lack of noise comparatively when the Defiant got kills and won fights.

Even when the Reign lost a map the crowd continued to do what they could to bring their team back into it. Chant after chant rose up from the spectators in an effort to feed the Reign energy.

And it worked, at least for Dogman. He visibly interacted with the crowd, got hyped by their cheers and then hyped them up in return. It was likely the other players felt it, even if they made it less obvious.

For that one match, the appeal of home games was obvious. Even players from other teams loved it (including Defiant players) and talked in post-game interviews about how the experience made them even more excited for when they play at home next year.

Issues created by the scheduling of this specific weekend became apparent immediately after the Reign's match, however. Since most of the crowd was made up of Reign fans who came to see the Reign, the arena cleared out with one match to go on the day.

Sure, there were still some people around to see the Charge upset the Dragons, but the arena was largely empty. And it's not necessarily surprising, either. If the purpose of city-based franchises is to give fans a connection to a local team, why would people from the Atlanta area be interested in two teams from China?

Even the press area largely cleared out after the Reign match and the following post-game interviews ended.

This issue could be solved by limiting homestands to just the home team and their opponent. But that would mean more travel required in a global league that will already be stretched by travel if teams host homestand weekends identical to the Fuel's and Reign's every weekend.

Fortunately, it's not my job to worry about the logistics of making this work.

Instead, I can just enjoy the deafening cheers of the Reign fans at an arena with an Atlanta radio station playing music and Coca-Cola served at the front door.

Scrub’s hands never leave the keyboard, the real savior of this site.