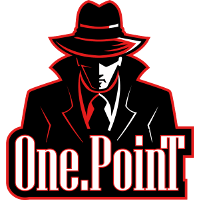 One.PoinT Inactive Polly Lucas Widèn dps zYKK Thomas Hosono dps Scaler Victor Godsk support Engh Andrey Sholokhov support have announced their roster for the next season of Contenders Europe. Two have left the team and have been replaced by a pair of players new to the One.PoinT roster.

Main tank ProGi and off-tank GetAmazed join the team, replacing mowzassa and brussen . The rest of the roster remains unchanged.

ProGi most recently played with HSL Esports in Contenders Trials and represented Germany in the 2018 World Cup prior to that. GetAmazed played for Eagle Gaming before joining One.PoinT. GetAmazed saw limited play in Contenders Season 2, with much of his utility coming on Assault maps. He played two out of the five maps in the team's grand finals victory over Angry Titans.

mowzassa made his return to his playing career with One.PoinT after his brief stint in the coaching world with Mosaic eSports. brussen's time as One.PoinT's flex tank earned him a place on the Dutch World Cup team. The futures for both players are currently unknown.

CORRECTION: A previous version of the article incorrectly stated that GetAmazed did not play in the grand finals of Contenders Europe Season 2. He played in two of the match's five maps.

I see a lot of mistakes about eagle gaming every where in video, press etc. So i try to correct one or two here.
So eagle was a 12 men rooster in january 2018 like an owl team, between season 1 and 2 kryw retired as overwatch player. So before the disband they were always 11. Also nicogdh is a main dps with goat meta yes he played more dva, but like agilities or soon play Brigitte they are not support player ...

In this paper, its write "getamazed did not play for the team during contenders finals" so in every play off matchs getamazed played the 2cp map it s now like a meme between the french player "the 2cp specialist" and in the finals he played 2 of the 5 map (annubis/ilios).

I dont know if other people than eu watch contenders eu because i see so many mistakes when one person(NA) try to talk about eu players.
I dont say this for over.gg honnestly its the first time i correct à false part of the news but with the new players who will join the league in season 2 there are so many "journalist" or "youtubers" who talked about players they didnt know before the leak and say a lot of bulshit.

I watched the Contenders Season 2 finals and didn't remember him playing, and thought I was right when I checked back on our match history and didn't see his name. However, I went back and watched the VOD after your comment and found you were correct.

As a result, I've corrected both the article and that grand finals match in our match history.

Thanks ! And sorry if you take all of this for you that was not my goal. As i said its the first time i find something wrong here, just a lot of youtuber/journalist talk about eagle disband because there is a drama, and they can clickbait for money but a lot of them know nothing about the team before the drama, and make mistakes.
So sorry again and i will read a lot of your work like i did in the past month :)

Kinda sucks for HSL to once again have their main tank player poached away, though it's obviously nice and deserved for ProGi to be able to join contenders directly.

Eh welcome to path to pro, which is absolutely on a singular basis, instead of being team focused.

I'm not to sure if for a team based game that's the best way to go, but at least we can be sure we'll never catch up with the Koreans.

I don't think they tweeted about it, but MirroR announced his departure from the team a few days before this batch of news.