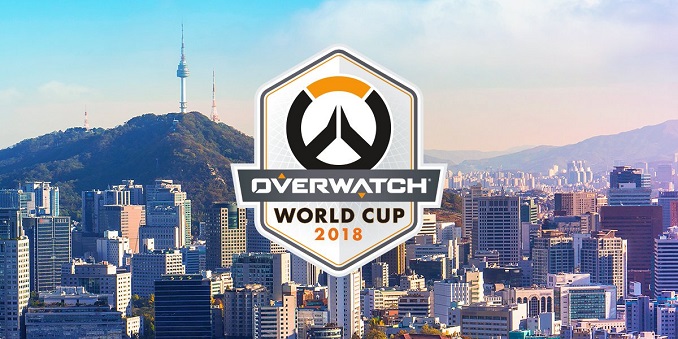 The city of Incheon, South Korea is set to host the first stop on the 2018 Overwatch World Cup's international tour. Six seven-man rosters are set to battle it out over three days, with the top two teams securing themselves Blizzcon qualification.

Headlining the event is the home team, who will compete with a stacked roster that features players from the New York Excelsior, Philadelphia Fusion and Los Angeles Valiant. However, South Korea won't be the only squad wowing fans in Incheon, as Russia, Finland, Japan, Taiwan and Hong Kong are all determined to prove their worth on one of Overwatch's biggest stages.

Vital information has been collated below to streamline your viewing experience. For more details on following days of play be sure to check out the event page.

All matches are played as four map sets featuring a Control, Hybrid, Assault and Escort map. A fifth tiebreaker map will be played if necessary.

The entirety of the tournaments consists of a single round robin, in which the six teams will play a single match against every other competitor.

The top two teams at the end of the round robin advance to Blizzcon. Tiebreakers will first be decided by map wins and secondly by head-to-head results. If a tie persists between two or more teams, those teams will play a tiebreaker round-robin until there is no longer a tie.

The first map of each match will be predetermined. From that point onward, the loser of the previous map will pick the next map.

Lets do this Japan.

Also, go CAG. Dep is as good, if not better than last year's aktm, and this year's team Japan have even better coordination because they're all in the same pro team.

Gonna be pretty tough against Russia (finalist), Korea (2 time winner) and Finland (top 4) though. Really sucks that CAG has to go up against them so soon.

Wow for once its me in the US east having to deal with super painful game times. 11 pm 12:45am 2:30am 4:15am and 6am. At least I'll stay up and enjoy the first 2 or three games though. And agreed elendil it would be super cool to see CAG pull out a couple wins here!!!

they are still Chinese Taipei on the blizzard world cup website

I’m actually really interested in seeing how Jake does casting especially with ZP. Seeing how Japan stacks up against the rest of these teams too should be fun to watch. Can’t wait.