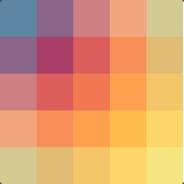 Luminosity Gaming has announced the acquisition of the team formerly known as mixup.

The squad with strong Team Fortress 2 roots has shown promising results, including a recent upset over Cloud9.

The roster for Luminosity Gaming currently is:

I started at university 2 weeks ago, had almost no time to watch streams :( Trying to catch up atm!

Hyped about this, hoping they can really make an impact on the scene with full support.

The squad with strong Team Fortress 2 roots has shown promising results, including a recent upset over Cloud9.

ranking wise on gosugamers it was an upset
http://www.gosugamers.net/overwatch/rankings

How can there be pros in beta when 99% of potential pros(including me) have no access??? I really hope Luminosity does the right thing and releases this roster immediately and holds public tryouts after the game is released...

i mean they're coming out of the gate having however many months more experience than anyone that gets in on release so its likely they'll be placing relatively high as the immediate post release attention boom hits
couple that with seagull's built-in viewership and the luminosity brand is bound to get a bunch of attention
also signing players this early likely means contracts aren't as beefy as the 'esport' is still developing
so it's likely that signing beta pros is actually a really good business decision regardless of how you feel about it
get fucked, me darn it

@Taimou, Overwatch was an inside job.

posted about 6 years ago
reply • link
This thread has been locked.