A rivalry is brewing in Philadelphia

“I think this is probably the only rivalry that matters in the league.”

Those were the words of Vancouver Titans

Harsha began to go through the evidence to backup his claim. While the Overwatch League has other rivalries, most of them are created by geolocation. He stated that this rivalry, however, was born out of the skill both of the teams possess. They’re the top two teams in the league, and they’re in the same division. They’re constantly playing against each other--not just in the regular season, but also in stage finals matches. Harsha has no doubt that this championship match is between the two biggest rivals in the league. 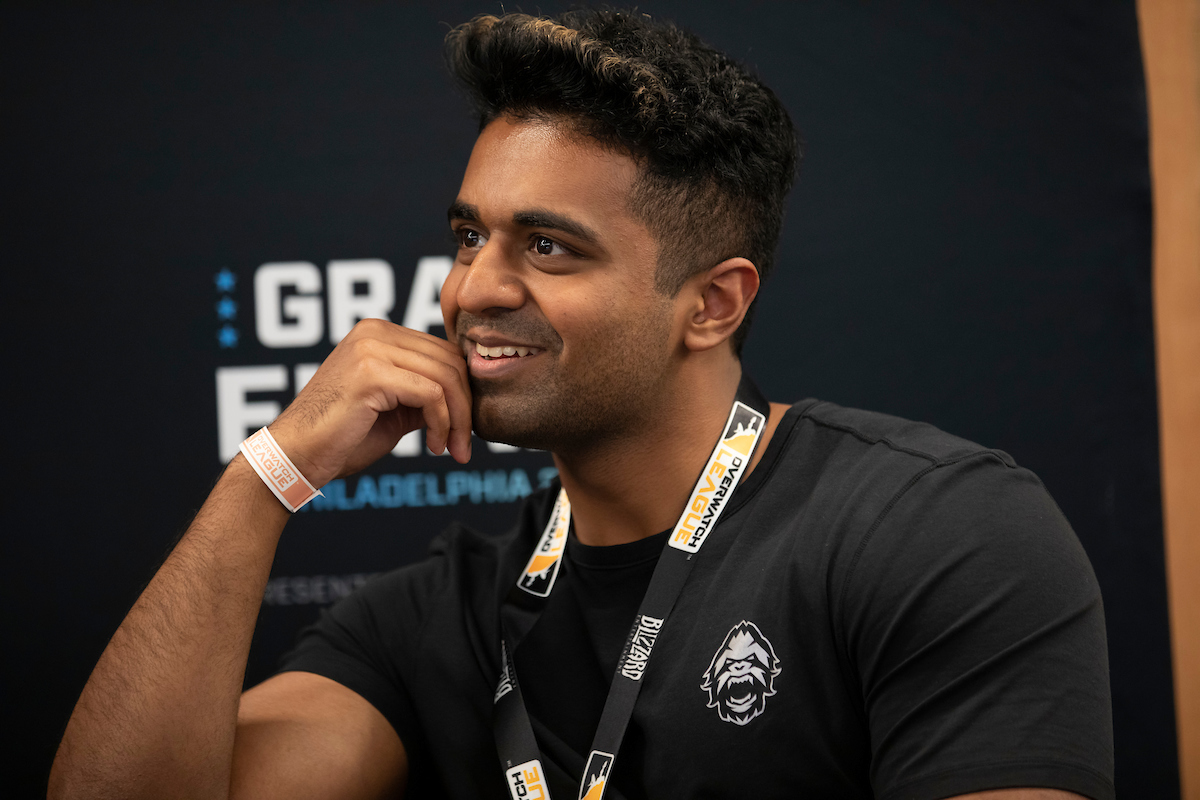 The tie in map score was news to Titans DPS Haksal . “Considering that--like [having the] same map score and two wins and two losses--coming into finals we’ll finally be able to see who is the winner. I feel like there’s a really good story,” he said with a translator.

That’s right. The 2019 Grand Finals won’t just crown a new champion. It will also break the deadlock between the season’s most competitive pair of teams, coronating a team as both the kings of the league and the kings of the Shock-Titans rivalry.

“I think I’ll be more happy to see my old teammates feel bad about [losing in the grand finals],” Harsha said, laughing as he finished the sentence. “But yeah, it will definitely feel better just because we’re so even and this is the last chance to pull ahead.”

Adding to the match’s sense of meaning is the connection between the two teams in Harsha. Harsha began his Overwatch League coaching career last year as an analyst for the Shock. Over the offseason, he left the team and joined the Titans. Six of the Shock’s 10 players were coached by Harsha.

“It adds to the rivalry a little bit,” Moth said about playing against Harsha. “I won’t say it’s going to affect our play at all, but it makes it more exciting.”

“The team is very different from last year to this year, so I don’t think that gives them an advantage in anyway,” Shock off-tank Nevix chimed in. “It’s just fun to play against a friend.”

While other Shock players echoed similar thoughts, they weren’t all so kind about it.

“The Shock now are different than the Shock from last year,” Shock DPS Architect started to say with the help of a translator before finishing in his own English. “So we’re going to easy win.”

Shock off-tank ChoiHyoBin , who like Architect lived with and adapted to life in the United States with the help of Harsha last year, brushed off his translator entirely to talk about his former coach. “I want him to cry,” ChoiHyoBin said in English.

“I’ll probably cry if we win so I think he’s right,” Harsha responded without hesitation when he heard what ChoiHyoBin had said.

The level of confidence exuded by Architect, ChoiHyoBin and Harsha was consistent in every player and coach at media day. There wasn’t a single person who doubted they were going to win. After the dominant season the Titans and the Shock had, all of the players and staff from the two juggernauts earned the right to their hubris. 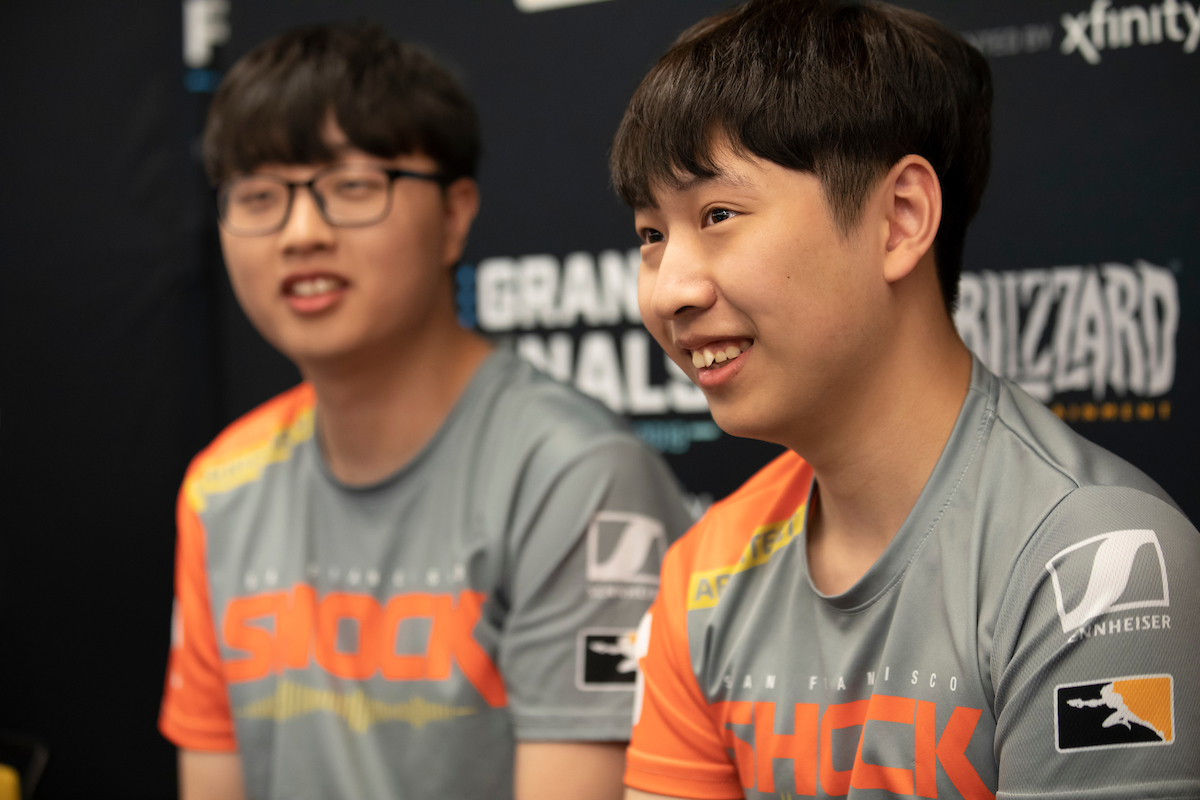 Their confidence is not without respect. The two teams know they’re against their stiffest competition. It’s part of what makes the rivalry so genuine.

In fact, Vancouver Titans head coach paJion mixed in his statement of confidence with praise for his opponents. “If you’re asking if I think [the Shock] are our biggest rivals,” he said with a translator. “I would say yes because they are strong enough to compete with us.”

“I knew [the Shock would] kinda be at this level, even before I left,” Harsha said. “It’s kind of exciting that I’ll get to go up and face them one more time.”

And the rivalry didn’t begin just begin now. It has been blossoming into this all season. For some of the players, they’ve seen their current opponents as rivals since the beginning of the season.

“After the Stage 1 finals, I thought Vancouver were our rivals already,” ChoiHyoBin said in English.

The Stage 1 finals set the stage for the kind of matches the Shock and the Titans would provide the league with all season. That match, their second against each other of the season, went to a full seven maps. All 12 players were playing at the top of their game and it was a showcase of just how good the unpopular GOATs meta could be. The Titans defeated the Shock in that match after overcoming a 3-2 deficit.

Since that moment, the teams have played each other twice more--both of which ended up in Shock victories. The league has added a new rule mandating a 2-2-2 role lock, effectively killing the GOATs meta that both teams dominated in. Both have continued to prosper, and their DPS players have been unleashed to their fullest potential.

Haksal said that he wanted to prove he was the better DPS and Doomfist of the two star players. In doing so, he wants to make his starhood bigger. 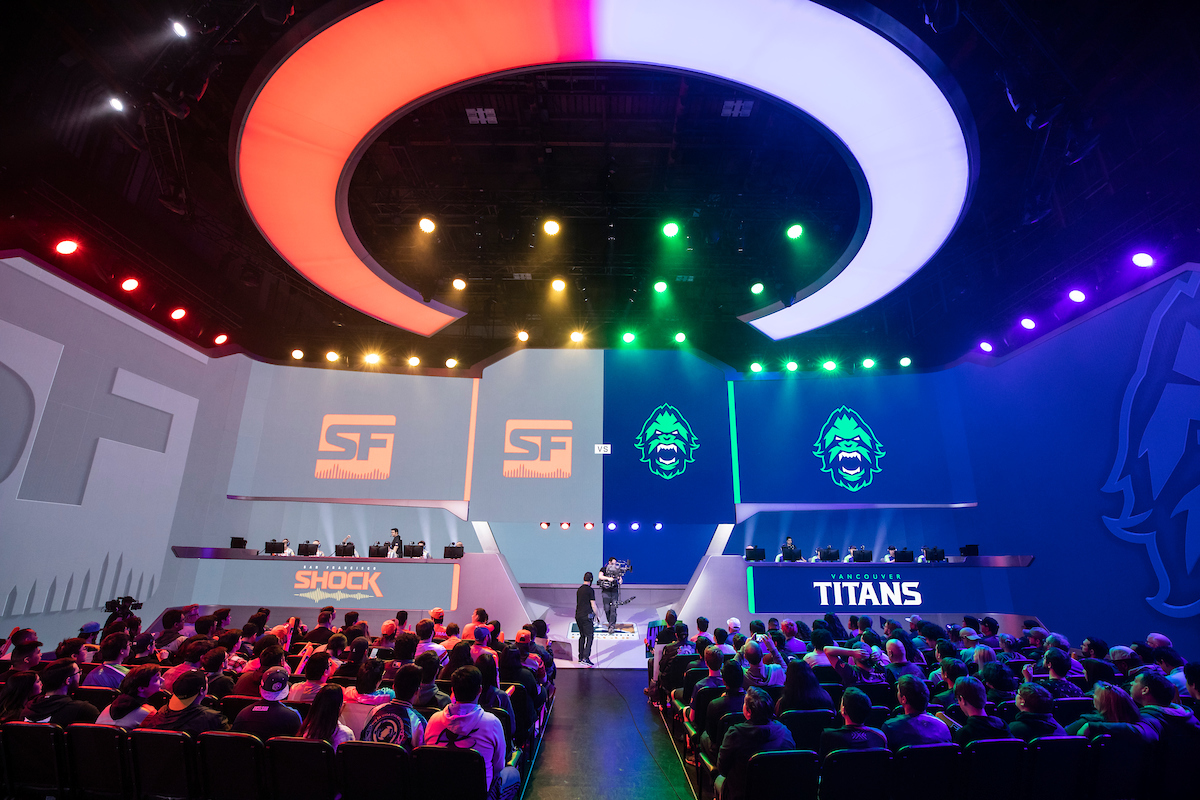 Every player will be looking to outdo their mirror on the other team. Some will seize this as an opportunity to prove that they’re the best in the league at their role or hero (although Architect may not get a chance to backup his media day claim that he is the best Sigma), while others may be satisfied knowing that they’re better than the player on the other side of the stage.

Some players will be looking to prove something and set the record straight. “Because a lot of people have this consideration that Shock is better than Vancouver, it will be good to end that argument by winning and having a 3-2 match score for at least the end of this season,” Haksal said with a translator.

Everyone on either team tomorrow will be hungry for a win. They’ve set records this season, rolled their competition and looked untouchable at times. Anything less than a title is a failure.

With that in mind, Harsha ended his interview by saying what everyone else competing in the finals was thinking.

“They did a really good job this season; they became a really great team and second place is really big of an accomplishment.”

shock will take this ez