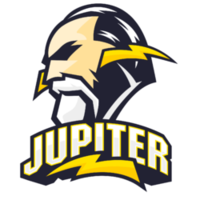 Ameken has been with the team since its inception in December 2018, while kenmohororo joined in Feburary. Both of them contributed to the team's Contenders Season 1 2019 run, which ended in the semifinals to the hands of Talon Esports.

The other four released members joined the team just before Season 2 began. All four are Korean, which marked the first time JUPITER picked up players outside of Japan. Despite the new acquisitions, JUPITER failed to replicate their previous season's success, going 0-7 in the regular season and finishing in the bottom of the group. As such, the team has been relegated to Contenders Trials.

According to the announcement, CLAIRE, ta1yo and SABAGOD will be remaining with the team. However, SABAGOD announced in early August that he was retiring from the competitive Overwatch scene. ta1yo has confirmed SABAGOD is remaining with the organization as a streamer.

The next season of Contenders Trials will begin in 2020. Details of which are still currently unknown.

The roster of JUPITER

UPDATE: Originally the article stated that SABAGOD's future with the team was unknown due to his retirement. It has since been confirmed by ta1yo that SABAGOD is remaining with the team as a streamer rather than a player.

I hope DuDuDuDuDuDu is able to find another team

SABAGOD announced in early August that he was retiring from the competitive Overwatch scene. It's unclear if this means he will return to Overwatch or if he will remain with the team in another role.

maybe he retired for good

We don't know his status for sure. He was listed in the article because the team said they were retaining him, however, he has not actually stated himself that he's coming out of retirement. We'll change his status on the team page when we actually know what he's doing with his career.

It has been confirmed SABAGOD will be remaining with the org as a streamer rather than a player.