"This is our crowd. I feed off of it and it's super fun," one Atlanta Reign

And they feed off of him.

The player is, of course, Dogman .

He is, after all, the Reign's hype man. He is the player known for his trashtalking after he said "Kruise is a feeder" during the Reign's victory over the Eternal in March. He regularly interacts with the crowd, even taking a selfie with the front few rows of the homestand crowd before the Reign's match with the Mayhem. He's the team's showman.

Dogman referenced his infamous Kruise line in his post-match interview with Emily Tang following the Reign's win over the Defiant.

"[When playing in Los Angeles, I] may even be like 'oh shit, was that too much? Was that too far?'" Dogman said of his trashtalking. "But here I don't think anything is too far, I think the line is extended a little bit just because of how people are here for that kind of thing."

Emily Tang was right in her assessment when she said Dogman was in his element. Anyone who talked to him over the weekend could tell he was having the time of his life. The excitement in his voice was apparent and his smile never left his face.

In reality, talking to Dogman directly was unnecessary to see how much he was enjoying himself. Watching him on broadcast was enough to give it away. He made no effort to hide it, either, and sometimes just gave away his feelings directly.

"I'm just happy to be here and this environment is so fun," he said. "Our record's not the best, but that doesn't matter--we can still get into it and have fun, you know. We're here for the crowd."

That last bit--the part about the Reign's record not being the best--was an important storyline entering the Atlanta Homestand Weekend. The Reign had lost five straight matches following their second victory over the Excelsior in Stage 2 and found themselves winless in Stage 3 at the start of the weekend. 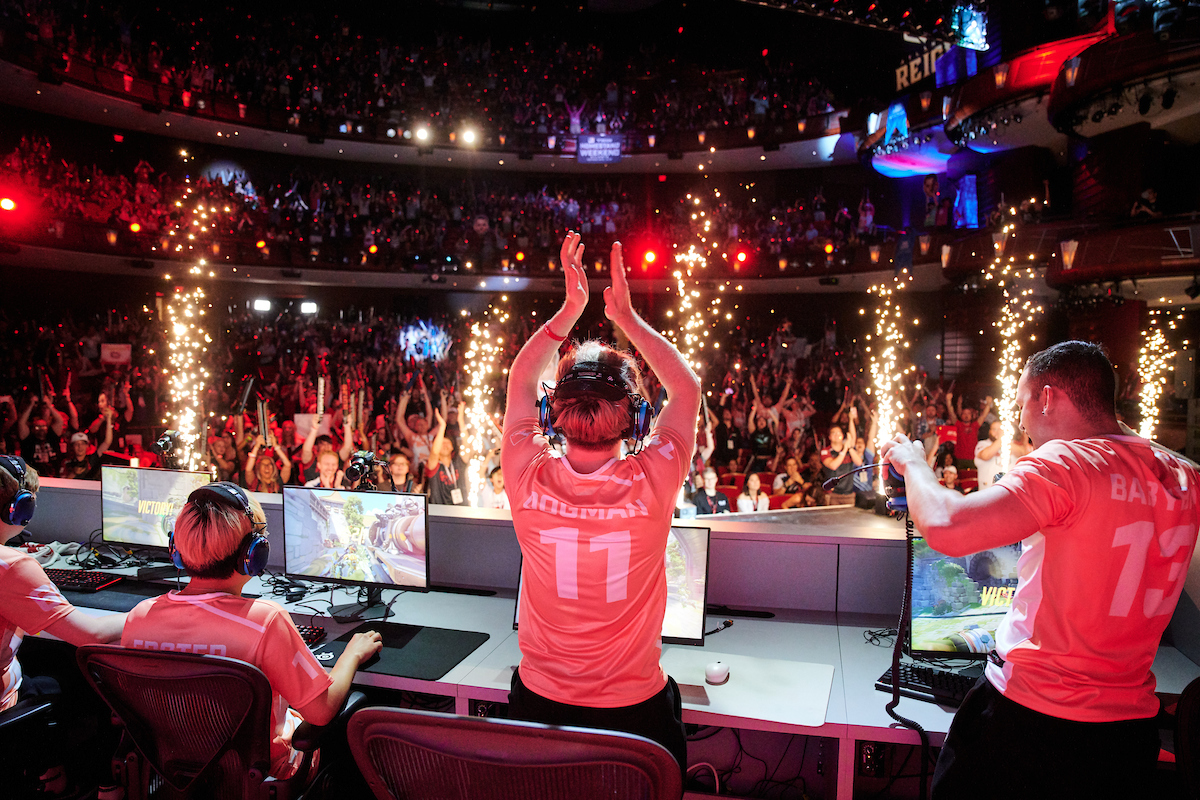 They needed a win and it was in no way guaranteed. Their match against the Defiant went into halftime tied 1-1 after the Defiant won on Volskaya Industries in dominating fashion.

"After halftime we came back and they were still chanting and stuff like that as soon as we came back. So they're so helpful in coming back."

Perhaps the home crowd was just what they needed to get over that hump and finally get their first win in Stage 3.

"It's like you think people overestimate it or kinda troll when they say the crowd is the sixth or seventh man or whatever," he said. "But the crowd really is the seventh man on the team. [They] can bring the enemy team down and can bring us up at the same time, it's great."

Dogman didn't just say the crowd could bring the enemy team down as a throwaway comment; he genuinely believed it hurt the Defiant. At one point during the match, he looked over to the Defiant's side of the stage and thought Defiant DPS Mangachu looked kind of like a scared cat.

"I mean at the beginning when you hear the boos from the crowd the stadium shakes," he described. "You can't help but feel it. So it's like they're minus mental fortitude at that point."

The crowd didn't just propel the Reign to victory over the Defiant; they helped the Reign win their second home game of the weekend, a match against the Mayhem, too. The two victories propelled them back into the top 12 of the standings and in position to make the postseason play-in tournament.

He stated in the post-match interview following the Defiant match that he felt this weekend was a turning point for the team.

Dogman and the Reign won't play in Atlanta again this season and will instead need to wait until next season to return home. No one knows exactly what the schedule for next season will look like, just that teams will be playing at home. That means the Reign will have to play as the road team for the first time.

"I'm not looking forward to playing against home crowds because they're definitely [going to be] shittalking like crazy," he said with a bit of laughter.

He would much rather play at home, which, for him, is Atlanta. It's hard to believe Dogman isn't from Georgia with how comfortable he looks playing in the city and talking to its local fans.

But that comfort came so easily to him because he has already embraced Atlanta.

And Atlanta has already embraced him.

dogman is the hero we all need