The full schedule for the 2019 Overwatch League season has been published. Notably, several teams will host matches in home venues and the league will see an increased prize pool.

The Dallas Fuel will be the first to host home matches, doing so April 27 and April 28. The Fuel will host their matches at the Allen Event Center north of Dallas.

Be a part of history by coming to the FIRST @overwatchleague home games, April 27-28.

Reserve your seats early by signing up for ticket pre-sale on https://t.co/xNWBOVAwff! #TheFirstHomeGame #OWL2019 pic.twitter.com/bNJ8T6Pm03

Reserve your seats early by signing up for pre-sale tickets at https://t.co/UrynlJJ0Ez#OWL2019 pic.twitter.com/l2iVlEhry6

The map pools for each stage will expand to three maps per game type for a total of 12 maps played across the stage. Currently, only the map pool of Stage 1 is available on the Overwatch League website. 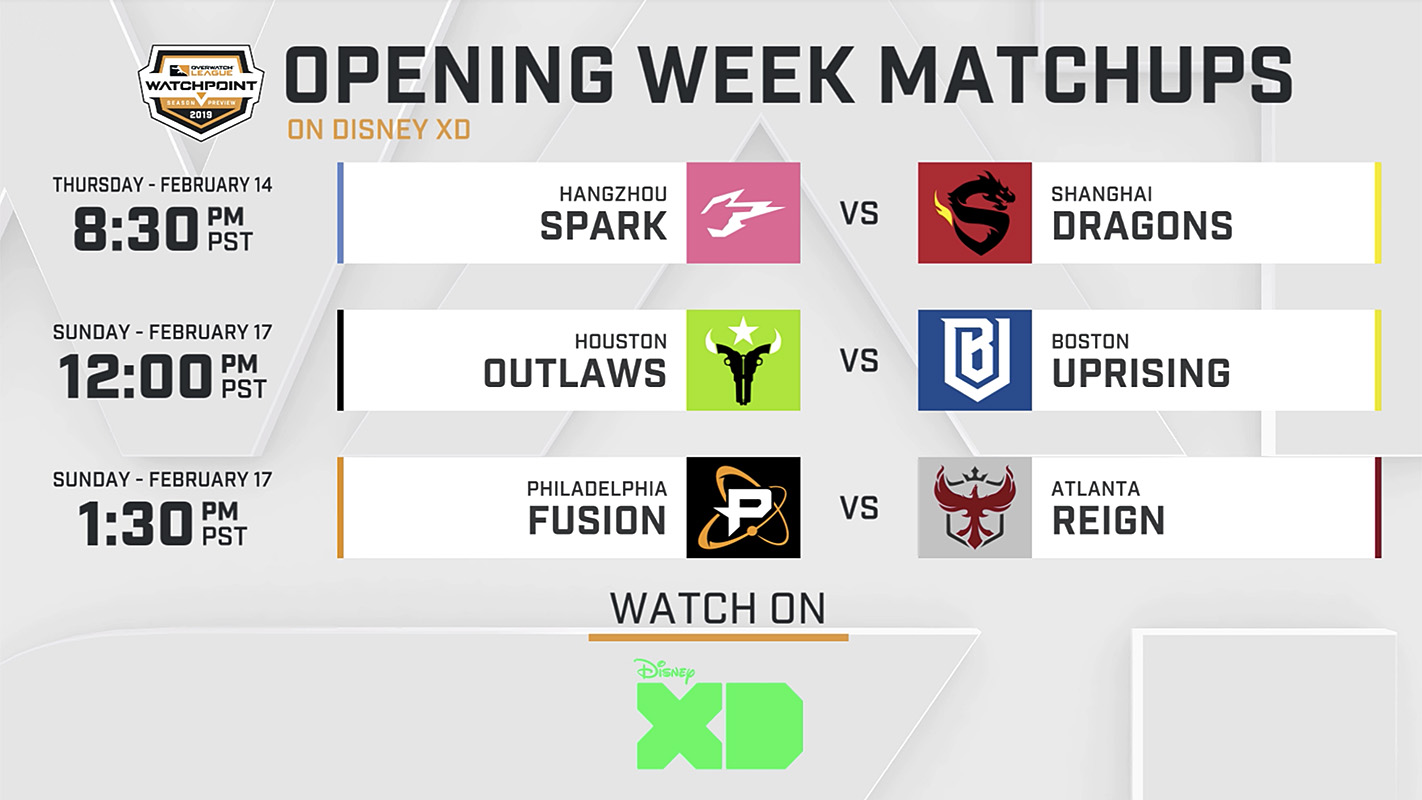 The first match of the Overwatch League season will begin with a grand finals rematch between the London Spitfire and Philadelphia Fusion. That match will be played at 7 p.m. Eastern Time on February 14.

Still no news about the preseason besides Benchmob's leak?

What was the leak?

It starts on january 28th apparently

I'm really happy with King's Row being in the initial map pool, but I'm afraid its inclusion along with Rialto, Dorado, and Hollywood could potentially spell GOATS as meta.

Yea, they should of gone more east coast or Europe cause every game is in LA

i mean they already built a whole dedicated stadium in la, of course theyre gonna use it

Yes, let's increase the prize pool of our league with salaried players and team spots that cost far more than could ever be made through prize money alone instead of making it so that contenders players can eat.

The road to poverty is paved with HotS money