We Have Org change roster heading into Contenders 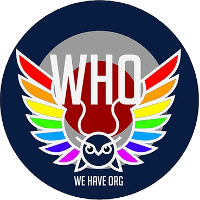 Show the guys some love and support! 🦉 pic.twitter.com/ikA4KO9fUI

The players leaving We Have Org are Midna , ShonP , IDxD and Daiya . All four of them joined the team less than a week before their first Contenders Trials match and all of them but Daiya received playtime in multiple matches during their Trials run.

The transition from Midna at tank to Chubz is We Have Org's second since the end of Contenders Season 2. Midna was replaced by Chubz just before the start of Contenders Trials only to return shortly after due to Chubz leaving the team for better opportunities.

TwolzZ , who was briefly the coach of We Have Org, is returning to his original role of flex tank for the team.

All of the released players are currently free agents.

The new We Have Org roster makes their debut in the Angry Cup scheduled to take place November 10. They play in Contenders Season 3 Europe later this month.

The roster of We Have Org

I know in the end it's business, but damn treating Midna (a good tank that brought them twice to Contenders) like a POS,
Almost wish Chubz will leave them again.

Disagree with you not because im french but here and Twitter people just show some hate about chubz without try to understand.

So after the last season WHO did some changes for the Contenders trials. If you look the first teasing with flag you can see there are 2 french flag the next day when they announced their team only chubz (as french) was in the team and one of the dps released before the new roster was in (so already one french dps leave) just few hours later WHO said chubz have better opportunities and welcome back midna.
And this is the very important part why chubz leaved ? So source by zaroide french ow journalist/youtuber/caster when eagle gaming disband because they dont pay the players, the president of eagle gaming stop his professionnal part of eagle (press/web) but still have the Contenders slot and for this he wants to build a new roster and choose chubz has captain to build the team. (Maybe it s also why the other french dps leave WHO) but after that we have 0 news so that the question, Blizzard stop this roster after the problem last season ? The president sell the slot after he said To chubz he will be the captain ? Other lies about the president and chubz prefer leave ? We dont know ...

The thing is now some players who were thinking to play contenders have nothing. i dont know where will go this mysterious dps but for chubz i think he just try to find a new team and thats the cringe part of the story the manager and coach of WHO prefer chubz its why they choose him for Contenders trials at the begining but midna also play well in this trials. They just choose who for them is the best solution.

If you want my point of view i think both are really good and deserved to be in contenders and what s happen here, is very sad ...
The hope we can have is midna played the Contenders trials and he showed his level, and this is better than chubz stay for the trials and midna can show nothing an official match but yes it is sad.

So i just want to show you there is some part unknown of the story ... here you can be angry yes but maybe chubz is not the "bad" person, he is like every eu player who just want to have a slot in the eu contenders and show to the org he has the level and can be one of the players who have some money for play ow in this t2 scene :/

I'm not mad at Chubz, not his fault at all, a player does what he has to do in the T2 scene.

I'm looking at WHO's management, this is not how you treat your players, and they should know better, considering one of them has been both a player and a manager in the team.

I'm not really mad either, just a bit pissed, now imagine this happening on your daily working life:

Mind you I could even expect it from a multinational company (in OW standards let's say an OWL team), but from a family ran one? WHO are team put together by players and managed (in part) again from the players (TwolzZ specifically).

Yes i think that really sad but you can talk about esport like an other job because rules are different.
I think esport is more like sport and if i take football you have a team in second league who take a player and after one season they are in the group who go on the first league and this team gonna change 50% of this players, and after one year a player who won the second league could never play in first league.
Its sad but its sport the problem with overwatch is there is no money so if you arent in the top you cant show your skils and have no futur ...

There are 2 issues here imo.

The one you cite, not having enough money in the system (T2-T3 scene of OW), and so no contracts for the players, which leads to orgs trating them like disposable junk.

And the other one, more specific for Midna, the guy is of course no OWL material, but has played vs OWL players and on an international stage (World Cup) performing very well (2 of the Italians players performed really well, one was him).

On top of that has already proved he can play at Contenders level, WHO wasn't the bottom of last Contenders, ended S2 of contenders with a slightly better result of the team Chubz was playing in (Copenhagen Flames).

Now taken all this into consideration, I understand dorpping him once, you (the manager) decided Chubz has better potential, but not dropin twice in the space of 1 month, after he's brought you again to Contenders.

But then it's just us speaking, what's almost sure, Midna has basically quit playing OW profesionally (he's almost 20 I guess so not so old) after this, and it's a shame to see a talented player quit the game like that.

The harsh reality is if he can't secure a spot on a team that is a relegation candidate in contenders then pro OW probably isn't the path he should be taking.

Well British Huricans should have disbanded then shouldn't they?

I mean they were relegated together with WHO.

But then you watch a different environment and you realize a team made of those players (BH) managed to embarass a team made by OWL ones (whatever the reasons were, US was destroyed by UK).

Should Muma, Sinatra and all the other guys look for a different job?

Of course not, the issue is that players need to have contracts, as every other friggin profession.

Otherwise this time is Midna, the next Chubz, then someone else, 'cause orgs will keep burning them like junk while hoping to draw a lucky card out of the bunch (aka a future "star" player) which they will lose right away to OWL and Academy teams, since... well they do offer contracts.

So yes money its the war in t2 because WHO is not an org, so not only player but also coach and manager try to show they have the level for better oportunities.
And for the next season of contenders 2019 the top team of this S3 will be in trials and dont have to play open division so yes i think if WHO is not in trial after this season they just stop ... it s why they change player after trials because 4th in group stage and not 5th could be the only hope for WHO , and the management and staff .
Like i said in my first post in my point of view midna and chubz, both deserved to be in contenders and this last days i really hope hsl who take eagle gaming slot take progi and midna like they take progi and kraandop after milkyman. Because as italien org it would be great to have one italian player and midna is today the best italian not in contenders.

But in your last post you talk about chubz and midna result so let me say the true :

Now look at world cup it s easier for an italian player to be in national team than contenders but for french player it easier to be in contenders than national team, if you look main tank role in may during France trials chubz had to play against benbest (now Paris eternal) superplouk (s2 contenders champion) knoxxx (eagle gaming) kolsti (bazooka pupies now shu's money crew) valmaster (tea and biscuit) but also t3 tank like teemo and yes he didnt play world cup but not because his level is bad just there are many good tank in france ... (and in my point of view for italia carniflex when he played hitscan, nisa, midna and dragonedy played well in paris).

If you look contenders result its not like you write but like i said why all midna fan just want to trash chubz when the problem is t2 scene (and when you see they want only 8 team in 2019 ...)
And i repeat im not against midna just against that "anti chubz"and i really hope midna dont stop and can find a good team in the next weeks.