Eight nations entered Blizzcon this weekend seeking to take the World Cup title. The weekend brought excitement and fireworks in the form of upsets upon upsets as favored teams lost to underdogs. The grand final, however, would not look the same. The favorites took home the title.

South Korea won the first two World Cup titles and would not be denied their third consecutive title. Once again, Blizzcon ends with Korea on top of the Overwatch world. 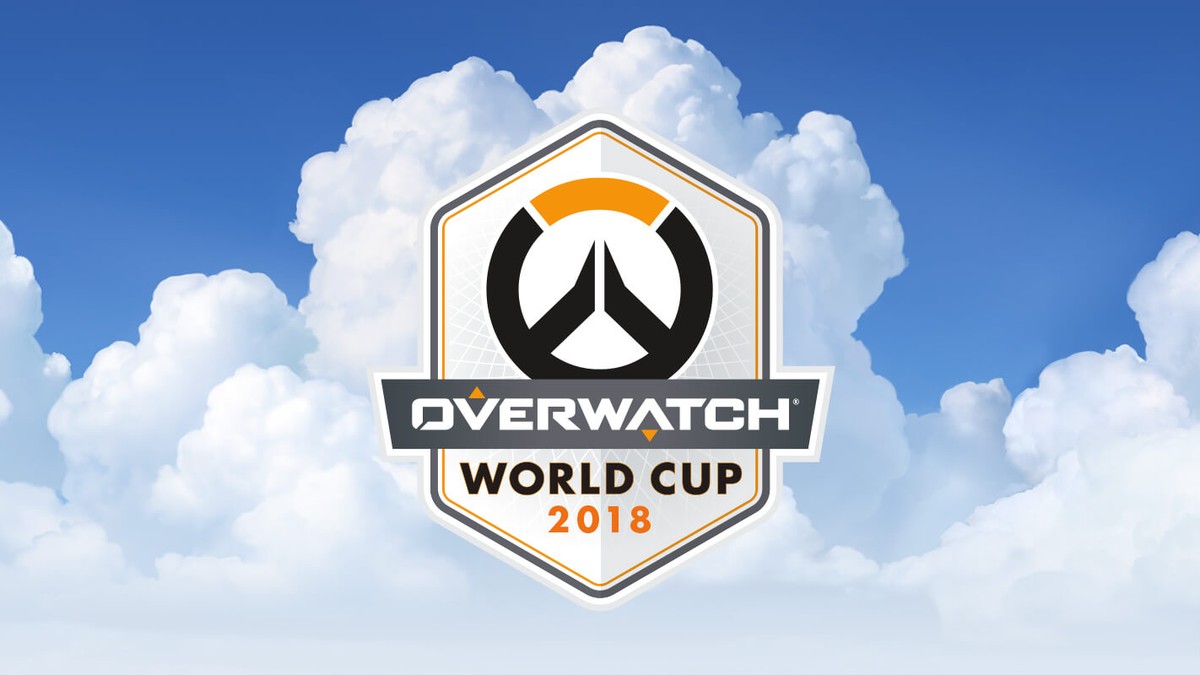 The action began on Ilios Lighthouse, where both teams came out with Winston-led compositions. China decided to grab the capture point to begin the fight, but lost the team fight without earning a kill. Given China was on the point before it had unlocked, South Korea was able to secure the first capture.

China failed to respond on Lighthouse, and in fact failed to earn kills for much of the round. In the last team fight of the round, guxue led the way with a Primal Rage but it failed to be enough for the Chinese underdogs. Lighthouse ended with a 100-0 in favor of South Korea.

Ilios Well saw both teams lean on Orisa compositions and begin posturing for control on the point. Korea had the superior shield pressure and were able to constantly force China off of the point. Korea captured the point before the first kill of the round had even happened and would not give it up. After winning Well 100-0, Korea took the first map of the series.

China fared batter to begin King's Row, where they started on defense. They held off Korea's initial advance, but Korea saw it only as a bump in the road rather than a major obstacle. Korea would win the fight in their next push.

Korea would keep their momentum going for much of the streets phase, suffering from minor hiccups here and there. Before long, they had pushed into the last phase of the map with plenty of time remaining. Last would be much the same and Korea finished their offense with 1:18 still left in the time bank.

South Korea's defense looked straight out of Stage 3 or 4 of the Overwatch League, as they played Orisa, Widowmaker, Mercy and Junkrat. China responded with an offensive dive composition featuring Wrecking Ball as a third tank.

The composition for China took awhile to work, but it worked nonetheless. With one minute left in the time bank they captured the first point. Despite their best effort, they couldn't make it much further. China pushed the cart halfway through the street phase before they were finally halted by Korea.

Two quick maps into the World Cup grand final and South Korea had a 2-0 lead.

Temple of Anubis began with South Korea on offense and China on defense. The Korean attack rolled over the Chinese defensive and they captured both points with ease. Anyone who got up would have missed it.

China's attack, although successful on first, was not as fast as Korea's. China took the first in two minutes after an extended team fight. Following the capture, they made a switch to their team composition and began their attack on second.

Their attack on second was halted time and time again by the hardy South Korean defense. In the end, they found themselves unable to take the second point and lost Anubis.

China's backs were against the wall as they faced a Korean match point.

Watchpoint Gibraltar began with Korea on offense and China on defense. Seeking an answer to a seemingly unbeatable Korean team, China subbed out flex support Sky in favor of DPS Shy. Playing support in his place was the team's flex DPS, Leave.

China halted Korea's initial attempts at capturing the point but eventually gave way to Korea's attacks. Despite that, China regained their composure in Gibraltar's hanger phase and stopped Korea's momentum. Korea eventually advanced past the hangar phase, but did so with less than 30 seconds remaining on the clock.

It seemed like China could finally show some signs of life and hold Korea before they could reach the final checkpoint, but Korea's clutch Overwatch League talent flaunted its ability amidst a hectic overtime push. Picks from Fate, Carpe and JJonaK lead South Korea into a snowball to complete Gibraltar in overtime.

China didn't seem shaken by South Korea's final push in the slightest. They captured both of the first two points with little resistance from the Korean defense. Korea could not slow down their momentum on the last point, and thus China was able to finish Gibraltar without the need of overtime.

Korea left the spawn doors on their next offensive attempt with China firing down upon them - and getting kills. China eventually backed away from the Korean spawn, but not before wasting the majority of Korea's time. Korea stepped off the point while still within the valley of Gibraltar first and found themselves pressed with the difficult task of attempting to hold China from making it to that point.

Shy, who had been playing Widowmaker exclusively to that point, left the spawn on his next attack as Bastion. South Korea did not crumble to the rare omnic foe and held China just short of their victory distance. Shy was forced to switch back to Widowmaker.

China failed to recover. Despite their impressive effort on Gibraltar, they failed to win the map. 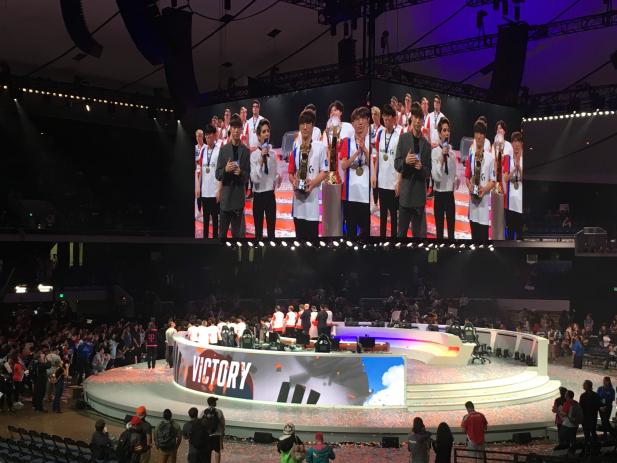 South Korea swept China 4-0 to win their third consecutive World Cup title. For another year, the rest of the world remains winless.

That last fight on Gibraltar was intense

very proud of UK and China

When forming the dragons they hadn't really scouted the talent yet, much higher skill in their contenders. Keep a lookout for the new china teams, they are coming in hard.

Glad to see Korea will be forever unbeaten.. yawn

Thank you Korea, for the amazing amazing AMAZING never before seen plays. Fleta and Anamo showed up. Fury? Holy fucking cow, that guy played with his heart. China 3-0'd Finland and Canada, only to face a tougher opponent at the end. Hopefully, China can learn and come back even stronger to show us a rematch of CN vs SK in the finals next year.

It was going to be China vs SK or Finland vs SK from the beginning. Amazing stretch from UK!