Capping a week of massive shifts to the Bazooka Puppiez 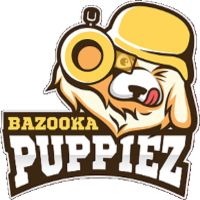 For the upcoming matches we would like to welcome @OblingOW, @TEK36OW, @TheeHawk and @MauzOW ! We might have had a rough week, but the team will keep fighting, so dont count us out yet !

sit becomes the fourth player to leave the team in the last week, joining the trio that departed just before the weekend. sit announced on Twitter that he will field offers but already has a North American Contenders team to play for.

As of today, I am annoucing that I am a free agent, and that I have left @BazookaPuppiez. I will look at offers but I already have a contenders team in NA lined up. Stay Tuned :)

The team's new additions include TEK36, Mauz, Obling and Hawk. None of the new players have played in this season of Contenders previously.

The Bazooka Puppiez are currently 0-3 in Contenders and will need to win their last two games, plus get a little help, to qualify for playoffs. Their next match is tomorrow against Young and Beautiful.

The new litter of Bazooka Puppiez