Overwatch has provided competitive players the opportunity to accrue international attention. From super teams like Team Envy to upstart World Cup squads such as Team Japan, players from both large and small scenes have been able to make a global impact.

However, South Africa has largely remained outside of the global spotlight, with a lack of dedicated servers for the country greatly limiting its Overwatch scene. As such, South African players are forced to play on European servers on around 150 ping or more. Despite this, the countries' scene still lives on, driven by a passion for the game that defies the frustrations of playing on poor ping. Remarkably, multiple players from South Africa have made the European top 500 matchmaking ladder despite the disadvantages they face. 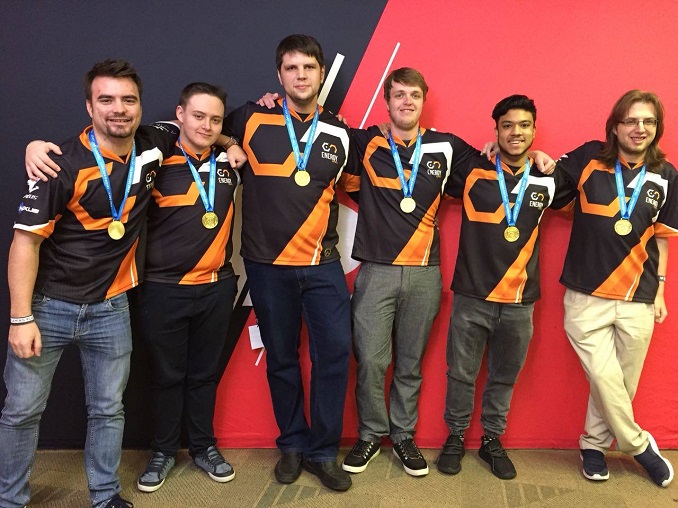 South Africa's first ever Overwatch LAN event, the summation of months of online cups and series, took place earlier this month. Eight teams gathered at the 2017 VS Gaming Championships in Johannesburg to compete for a share of the event's R37931.18 ($2800~ USD) prize pot. Of the eight teams attending, Energy Esports were the hot favourites to take first place and become South Africa's first LAN Champions.

The event started off with a GLS group stage, in which the eight teams were cut down to four. Energy Esports E.D.E.N and PLT.Pulse Gaming topped groups A and B respectively, with both teams moving on to the next stage of the tournament without a single map loss.

These two teams would play each other twice more in the double elimination playoffs. Energy Esports sent Pulse to the lower bracket with a 2-0 victory. Pulse then went on to claw their way back to the grand final, sweeping Damage Control in the lower bracket final. However, Energy Esports lived up to their reputation, winning the grand final 3-0 and completing their perfect run. The team now stands as South Africa's only Overwatch LAN champions.

So glad to see some coverage of the South African scene. Hopefully we get servers in the future. I remember scrimming against E.D.E.N a few months ago, couldn't leave the spawn hehe.

What servers do you play on?

When will NRG pick up my boys Energy Esports?

does this mean their "lan" was played on 150-190 ping?
holy shit this is dedication

loool I guess if theyre used to it