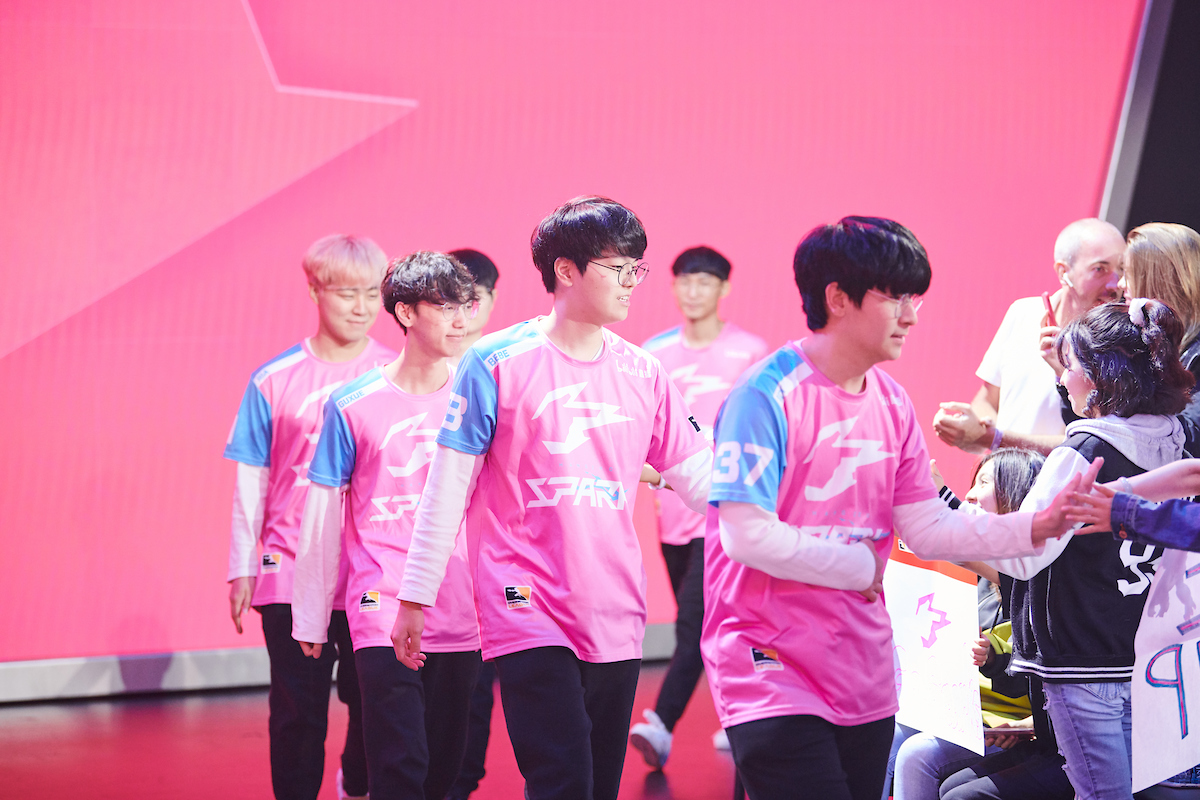 The Spark in 2019. Image credit: Ben Pursell for Blizzard Entertainment

Four of the team's five released players were on the Spark's roster since 2019, and three out of the five -- Adora, Ria, and BeBe -- were members of the original Spark roster signed in the 2018 offseason. Those three were part of the team's core that was built around the rosters of X6-Gaming and Seven. Former Spark head coach MASK, who joined the Spark from X6-Gaming, left the Spark late in the 2020 season.

All of the released players but BeBe saw diminished roles by the end of the 2020 season. QOQ took on starting off-tank duties over Ria and SASIN once he was signed and the team played GodsB and Architect as their primary DPS.

BeBe, on the other hand, has been the Spark's starting flex support since the team debuted in the 2019 season. He has played in most of the Spark's matches the last two seasons.