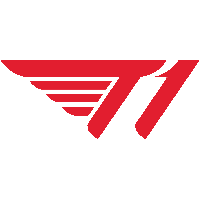 Perfact was previously a member of ATL Academy, who he was with for most of 2019. He did not play at all in Contenders 2019 Season 2 and sat on the bench behind DPS players saucy and Sugarfree.

FiXa is joining his first Contenders team. He has not played in Contenders Trials before this either.

Both players debuted in the first week of Contenders 2020 Korea Season 1. T1 took the title in the season's opening tournament.

Neither Zeerocious nor SixFeet were included on the team's roster. Both players have since confirmed they are no longer part of the team because of travel restrictions caused by the COVID-19 pandemic.

The team has also added a new coach in SAND . He will coach alongside ArHaN , who was previously revealed to be the team's head coach.

T1 will play again in the next Contenders Korea tournament.