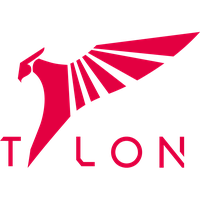 Introducing everyone to our new support for 2020! A big round of applause and welcome for @OW_Dotori and Swoon. Welcome to the family #BLEEDCRIMSON pic.twitter.com/3unNZEre5l

This will be a brand new look for Talon Esports heading into 2020, with no members from the Contenders-winning and Gauntlet-attending roster remaining. Earlier in the offseason, coaches Arachne and face were announced to be heading to the Overwatch League, with the two going to the San Francisco Shock and Los Angeles Gladiators, respectively. Talon also announced the departures of oPuTo, Gogora, Bashful and ManGoJai from the team. Finally, Patiphan, MuZe and CQB were picked up by Eternal Academy.

Piggy joins from Nova Monster Shield, where he helped the team finish in the semifinals last season of Contenders after being picked up in the last week of regular season. He was previously a member of the Contenders China champions LGE.Huya, under which Piggy appeared in the Pacific Showdown. Think, on the other hand, is a veteran from the APEX days in 2017, but has never played on any Contenders team since the dissolution of APEX.

Arrow last played for O2 Blast, while D3CAL last played for RunAway. However, neither player has seen much playtime for their respective teams. Combined, the two played 16 maps in six matches in Contenders Korea of 2019. The two have had previous synergy with each other, having played together in World Game Star H2 and O2 Team in Seasons 2 and 3, respectively, of Contenders Korea in 2018.

The new roster's first showing will be against Cyclone Coupling in the Contenders Pacific seeding tournament on January 18.