Gigantti drop out of Contenders 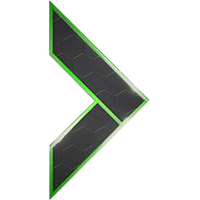 "This might come as a surprise to many people, but given the state of finances in Tier 2, the near 6 month gap between the seasons and the low viewership, its shouldn’t be too shocking," said assistant coach _Tanizqh in a Twitlonger. He declared his own free agency at the end of the post.

The End of Team Gigantti

Team Gigantti first entered Overwatch just before Contenders Season One Europe in 2017. The team signed all-Finnish roster Rest in Pyjamas and went on to win the Contenders title that season. In the five Contenders seasons to follow, Gigantti never finished outside of the top four and won one additional Contenders title.

They used exclusively Finnish players until June of 2018, just before the start of Contenders 2018 Season 2, when they signed shadder2k as a DPS.

Despite integrating non-Finnish players and coaches into their team over the last year and a half, Team Gigantti remained majority Finnish. The team's name came the Finnish retailer it was sponsored by.

There has been no official declaration as to what will happen to Gigantti's Contenders spot.

🕯️ I don't think a coach has had as much of an impact on a region as seita has had, i hope both his and giganttis legacy won't be forgotten