Maid and Obasil to coach Tea Party, both still LFT 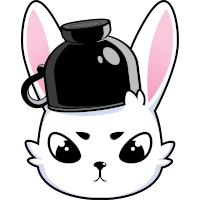 Both of you have helped us grow so much over the past few weeks. ♥️

We look forward to a long and successful season with the help of you two.🍵🐰🎉 #pinkiesup

Maid elaborated in a tweet of his own he wanted to continue coaching while a free agent but continues to look for paid opportunities. Obasil still lists himself as looking for a team on Twitter.

Maid has spent his 2019 coaching Gladiators Legion, the academy team of the Los Angeles Gladiators. Under his direction, Gladiators Legion made it to the top eight of the Contenders Gauntlet. He began his search for a new team following the Gauntlet.

Obasil brings to Tea Party Overwatch League experience. He was a member of the Washington Justice coaching staff until April when he left the team after Stage 1. He spent a short time coaching Second Wind following that and has been in search of a new team since then.

Tea Party made it to the playoffs in Contenders 2019 Season 2: North America West, but were eliminated in the first round.

As a result of their playoff appearance, they should be qualified for the start of Contenders 2020. The schedule for the next season of Contenders has yet to be revealed.