New Zealand has often been forgotten by many on maps, or being relegated to the far end on the bottom right corner. The same could be said in the Overwatch scene, where the spotlight is often given to giants like South Korea, China or even its next-door neighbour, Australia. However, New Zealand is a land filled with hidden gems, waiting for an opportunity on the big stage.

Case in point, the sole Overwatch League representative on the team: Colourhex . One of the bright spots on the Boston Uprising, Colourhex has impressed the League’s fans on a variety of DPS heroes, ranging from Widowmaker to his arguably signature Pharah.

But even though Colourhex might be the most well known player on the roster, the rest of them are no slouches either. In particular, his DPS partner Signed is a force to be reckoned with.

“He's been one of the star Contenders Australia grand finalists for the last two seasons,” says Team New Zealand coach Noxious . Under his watch, his team ORDER took home the Contenders trophy not once, but twice this year. While his most signature hero may be the tank hero Zarya, he has a treasure trove of DPS highlight reels as well.

The rest of the roster somewhat lacks the name recognition compared to the dynamic DPS duo. Jungle hails from Warriors Esports, a team that had a fiery start but cooled off dramatically during the last season of Contenders. August , while a grand finalist at the Melbourne Esports Open in September, is playing an off-role -- flex support -- on the Kiwi team. The tank duo has only had a few brief appearances on the Contenders stage, but never on a team in a starting capacity. They will be at Anaheim to change that however, to prove that they’re no slouches.

While the hype at BlizzCon revolves around their next-door neighbour, the Kiwis should not be counted out by the rest of the world. “We’re all dedicated to Overwatch, we’ve all got high-level experience from scrimming with Chinese and Korean Contenders teams, and we’ll show the results of that dedication at BlizzCon,” says Noxious. 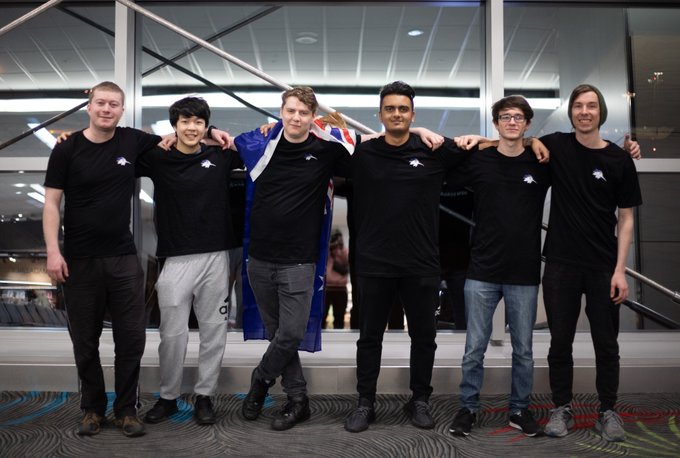 New Zealand has made massive strides since their last appearance in the World Cup in 2017. Rugby team Vodafone Warriors entered the esports fray with the acquisition and rebranding of the well-decorated Blank Esports. Kiwi players can now turn to a local organization to further develop their talents. On the Warriors’ roster last Contenders season, two out of the starting six hailed from New Zealand.

The Kiwis have already sent a player to the biggest stage in the lands. Another player has captured the Contenders title two seasons in a row. One could unarguably say it has been a successful two years for the New Zealand scene. What better capstone could they have than a breakout performance for the whole world to see? While team New Zealand aims to make it out of the preliminary rounds, they have the potential to go much further than that.