“This is the best possible roster Singapore could’ve brought,” boasted yuris , DPS player for team Singapore. Singapore enters the Anaheim stage as one of the dark horses, with the potential of an upset against one of the Goliaths in the World Cup. While there are no superstar players on the roster, each one of them can hold their own against the best, and it is together that they can defeat the rest. 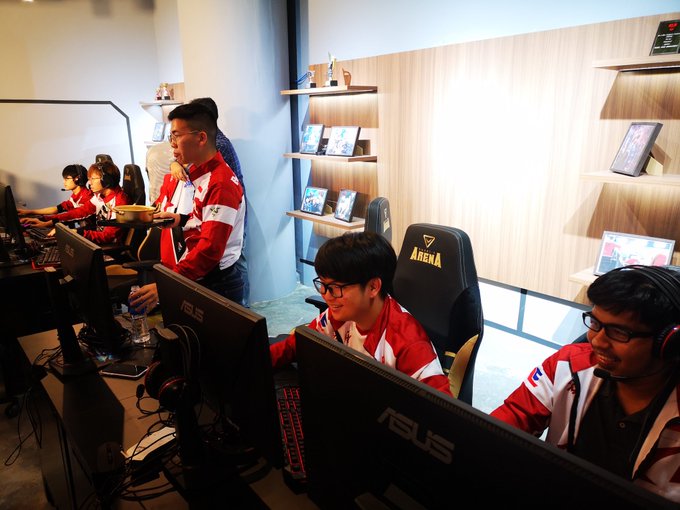 The Singapore team is built on the backbone of a young upstart team known as Incipience, with four players having hailed from it at one point or another. The team has been a known force across the Pacific region, with two top three finishes in Open Division, and has qualified for Contenders twice. Now known as Global Esports, the team has been a mainstay in the Contenders Pacific circuit throughout 2019.

Leading the charge on the team are the tank players Xenofly and Sachokk . Xenofly has been a veteran in the Southeast Asian scene, winning tournaments such as Open Division back in 2017. Widely known as a “D.Va one-trick”, he is now looking to flex his chops on new tank heroes such as Sigma. Meanwhile, Sachokk has impressed in Contenders on heroes like Winston and Reinhardt, and is planning to add the four-legged omnic to his highlight reel.

Azalea and Bubblekitty , the DPS duo for team Singapore, are ready to finally demonstrate their wheelhouse on the 16 damage-dealing heroes in the game following the 2-2-2 role lock. “[Playing DPS is] so much fun, because I was stuck on Brigitte for almost a year [during the GOATS meta],” said Bubblekitty.

Bubblekitty got a MASSIVE 5K Death Blossom (w/Supercharger) against @OWTeamHongKong to secure the first stage of Busan in the @foundryesports SEA Invitational, live NOW! 🔥

The bedrock of the team is the support duo of Akame and Jervyz , and they pump out the healing that keeps the rest of the team on their toes. As the main support player, Jervyz forms the heart of the team, watching from the backlines and directing everyone into position like a skilful chessmaster. “His calls have the most impact, and I think it swings the game,” said yuris.

Akame is a new addition to the team, filling in for ZeonFlux after he stepped down from the team to focus on his schooling, and is playing a new role from his previous DPS position. Despite that, however, he is settling well with his new team and new role.

Finally, the mastermind behind the team has got to be coach JohnGalt . Previously an assistant coach for the Los Angeles Gladiators and now the Washington Justice’s head coach, JohnGalt has plenty of experience being at the pinnacle of competitive Overwatch. And now, he’s trying to impart that wisdom onto the Singapore players.

“I’m teaching the national team not only to play specific heroes better, but also how to think about the game like how an Overwatch League player would.”

The key to being a world-class player, JohnGalt says, is not to have the best aim in the world. Instead, they have the ability to picture the game and reason like a coach, being capable of analyzing mistakes and self-reflecting. 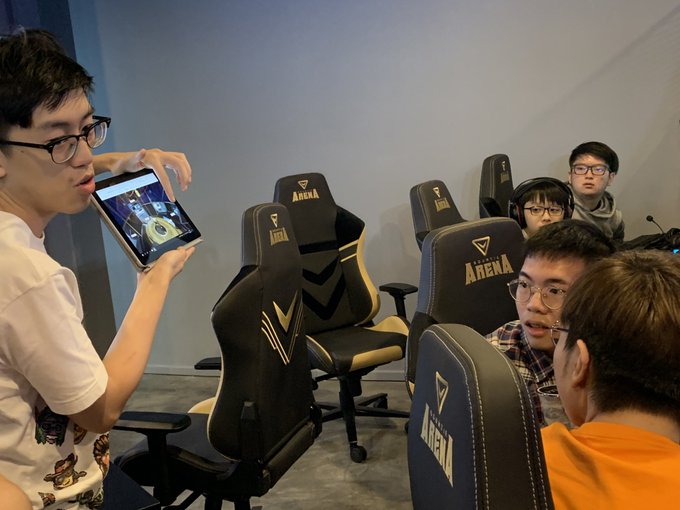 Another aspect to being a world-class player is leadership. Being able to take the lead in game and offering your best plans to the rest of your team is paramount to staying one step ahead of your enemies. That’s one part where Xenofly has improved on with JohnGalt’s teachings.

“I used to be a very passive communicator in game,” Xenofly said. “However, coach JohnGalt has encouraged me to give my input in scrims, and to call out new opportunities that I can see or new game plans that I think the team should follow.”

“I used to use push-to-talk [for communicating online], but now I use an open microphone, so that I can talk during fights.”

While Xenofly and the rest of the Singapore team have been improving, JohnGalt admits the road to the World Cup title would not be smooth sailing.

“There are teams that have a lot more experience than us, such as team United Kingdom or team Finland.”

Despite that, however, the individual talents on the team combined with the cohesion and camaraderie between the players should prove to be a force to be reckoned with. Once firing on all cylinders, the Singapore team could end up with a deep run in the tournament. Only time will tell.

SUPER READY FOR THIS TEAM POP OFF LETS GO DUDE