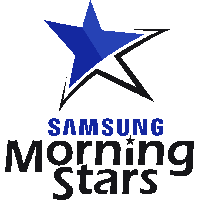 We're excited to announce our new addition to our Overwatch team!

Many players from Eagle split from each other despite the increasing dominance of GOATs compositions in Contenders Season 3. Three players -- including Hqrdest -- stuck together as members of One.PoinT and helped the team finish in the top four of Contenders Season 3.

The Morning Stars roster now has nine players. Contenders teams cannot register more than eight players to their roster on any given week.

Dates for the next season of Contenders Europe have yet to be announced.

And here he is, welcome to Bergamo - Italy Hqrdest!

I wonder, what will happen with this Org for OWL S3. I mean how much is Samsung putting money into this?

They are investing a lot, and not just into OW, but also other esport scenes, but I think probably the fee to get an OWL spot is a bit too high to commit to?

It's worth noting that Samsung's Italian division is behind this organization rather than Samsung as a whole (otherwise they probably wouldn't be in Contenders Europe because Samsung is a Korean company!). So if Samsung were to make a push for the Overwatch League, it probably wouldn't be with this roster and in fact would probably be based in Korea (this is assuming Samsung would frown upon one of their divisions independently investing between 20 and 60 million USD in projects outside of selling Samsung devices).

Huh, I guess either One.Point or SMS will be Paris Acedemy team.

Well, as much as I love Caspere, watching Hqrdest play Zarya at the Assembly tournament made me... Hqrdest.
Again welcome to Italy Hqrdest!