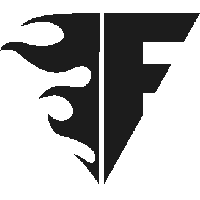 Copenhagen Flames Inactive and his venture into free agency. This comes shortly after the Flames released the rest of their roster.

Starting from today, I am now officially a free agent.

I want to thank @CPHFlames for my journey with them. During my time with Flames, I've not only grown a lot as a player, but also as an individual.

naGGa started his career with the Flames, playing for the organization as a flex in 2017. Following the team's release of its 2017 roster, he joined Piece of Cake in 2018 and qualified for Contenders Trials Season 1.

The team was then picked up by the Flames, reuniting naGGa with the organization. After qualifying for Contenders Season 1 Europe, the roster made it into the top eight to secure a spot in Contenders Season 2.

However the roster would not remain fully intact. Chubz and naGGa would be the only two players from the original Piece of Cake team to make it onto the Season 2 roster. Chubz was one of several players to leave the team after the first week of Contenders, leaving naGGa as the only original member of the roster.

The team was never able to rebound and finished 1-4 in their group, outside of the mark needed to qualify for the playoffs. As a result, the team will have to play through Trials to make it back into Contenders.

With naGGa's departure, the organization has no players currently signed to its roster. Should it return to compete in Contenders Trials Season 3, it would be starting fresh with a brand new roster unless it re-signs any former players.

does it mean we can finally type his name in twitch chat without the contenders automod timing us out????