It's that time again. A lot has gone down since the last edition of the over.gg Oceanic Rankings, including the announcement of Contenders Australia, which is set to kick off in March. Unlike regions such as North America and Europe, there were no invites handed out to Down Under's Contenders division.

This sparked rebuilds across the board, as well as the return of some old names to the competitive scene, as teams prepared to take a shot at securing one of the 12 spots available in Contenders Australia Season 1. The eight best squads of Aussie (and New Zealand) battlers from the Open division will directly secure a slot in the major tournament, whilst the teams that place 9th-16th in the Open division will compete for the final four slots in Contenders Trials.

Since the last set of rankings, two Open Division seasons have been played out, as well as the OCE Bi-Monthly Brawl. However, in light of the Path to Pro announcement, results in the first season of the Open Division in 2018 have been weighted as the most important factor to where each team is placed in these rankings.

A panel of some of the Oceanic region's key figures, including both playing and casting talent, has returned to decipher these results and deliver to you the ten best rosters currently competing in Australia & New Zealand. With Open Division games currently being played off-stream, these rankings are a key tool for sorting out the wheat from the chaff. 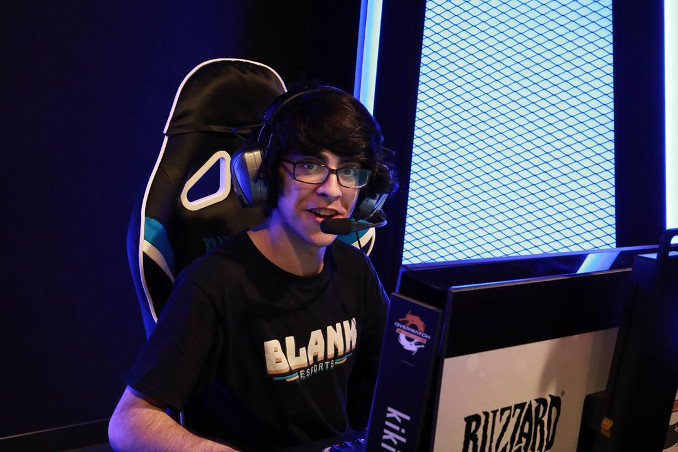 After a fall from grace in mid-2017, Masterminds have returned to the top spot. A rebuild focused around four core members of what was formerly the organisation's sister squad has revitalised the MGC name in Overwatch. It doesn't hurt that these changes involved adding Kiki, former Blank Esports and Team Australia offtank player, as well as retaining CantuS from MGC's former main roster.

Strong showings in the last two season of the Open Division in 2017 have only been improved upon in 2018 after the finalisation of this rebuild. As of the time of writing this article, Masterminds are the only undefeated team remaining in the ANZ Open Division.

However, the contest for the number one spot is the closest it has been for a long time, with only a single panel vote separating MGC from Kings Gaming Club. If the teams do meet in the Open Division playoffs, the result would likely determine who gets to sit on the throne the next time the rankings roll around.

[#OW] We were defeated in today's ANZ Overwatch Open Division matchup, going down 1-3 to @mastermindsgc! GGWP!

Kings Gaming Club were in a comfortable position near the end of 2017, having just taken first place in both the second season of the ANZ Open Division and the inaugural season of the OCE Bi-Monthly Brawl. However, the departure of DPS star yuki ultimately doomed their chances of making an impact in Open Division Season 3.

The Kings started 2018 with Aetar on their roster, another former Blank and Team Australia player, in the slot that yuki once filled. However, it seems all but certain that Aetar is headed to another destination. If this squad can find stability once again, they'll be able to compete for the top spot, although almost nothing is certain in the chaotic world of Oceanic esports.

[#OW] Our Overwatch team end the weekend with a close match against @mastermindsgc, eventually falling 2-3. We'll be back stronger in round 9!

At times it has felt like Dark Sided and Your Name Here are interchangeable, with the pair generally competing for the third ranked spot in the region. However, Dark Sided have had the better results, ultimately proving to be the deciding factor between them and YNH in a close panel vote.

As is the norm, Dark Sided made some changes to their roster as the year ticked over. Former Scylla support Molotov joined the team, as did DPS prodigy ckm. While we are unable to watch them play due to the lack of Open Division streams, on paper these are positive additions to a Dark Sided squad that was already in a good position at the end of 2017.

Stability has been the name of the game for YNH, constantly recording high placements but failing to seriously challenge for a title in any of the events they have competed in. As such, they have neither climbed nor fallen down the rankings for now.

The core of what was Athletico Esports, a LAN winning roster, will continue to be one of the strongest in the scene. However, whether they have pieced together the complimentary pieces to return to their championship winning ways is difficult to predict. The Open Division playoffs will be an important time for the roster to prove that they deserve to be respected.

There is arguably a decent gap between the top four teams and the rest of the competition. Even if this is the case, the team named after Australia's most affordable yet delicious meal deal are still a force to be reckoned with.

Stunner meal are currently tied with the Kings for second place on the Open Division standings. However, after being defeated 3-0 by Your Name Here, the team's most impressive victories have came against lower rated rosters such as Pantheon, Exalted and Witchhunt. Either way, they look to be in a favorable position to pull out a top eight finish and earn themselves a Contenders Australia spot.

Also known as cmonBruh, Skrylla's roster features players formerly from Scylla Esports, The Project, SIN Gaming and 4Heads. All these teams formerly held places on the rankings before their disband during another round of the Oceanic shuffle.

Sitting at 11th place in the Open Division standings, Skrylla will have to step up in the playoffs if they wish to earn a direct invite to Contenders. With the talent on their roster, it is likely that will occur.

Exalted have surprised a few in the scene, earning a respectable 6-2 record to start off the year. Wins over opponents such as cmonBruh, Kanga and Mutiny helped them to secure the 7th spot, although 3-0 losses against Alter Ego and Dark Sided prevented them from climbing any higher. Expect Wuvo and Co to make it to the Open Division playoffs, although they have an outside chance of causing any notable upsets.

The flame has been relighted.

Alter Ego's 6-2 record is somewhat deceiving, as the players performed a takeover of an Open Division participant that already had two losses. Consequently, the swiss-system has paired them against few top teams. As such, a 3-0 win over cmonBruh is currently their most impressive result.

With matches against the Kings and MGC in the last two rounds of the Open Division, Alter Ego may be in for a rough week. However, a top eight spot is within the realm of possibility during playoffs.

Sporting the most Australian organisation possible, Kanga have continued to turn in respectable results after making the Open Division playoffs last year under the name INTsane. Whilst by no means a superstar roster, Kanga are able to clean up the lower tier competition in the Open Division and will almost certainly secure a playoffs spot.

Witchhunt round out the first over.gg Oceanic Rankings of 2018. As you'd expect from a top 10 roster, the team has done a relatively good job of holding their own against the lower Open Division teams. As such, they managed to edge out the two teams to recieve votes and not appear on these rankings, namely Pantheon Esports and Mutiny.

Kings are still #1 in my heart

how much did clickbait pay to get ae on here??? fr though, good rankings mert! 👍 👍

The fact Mert made so many stories based off of only results (given we can't watch games) is damn impressive.

Mert + Oceanic Rankings = a match made in heaven