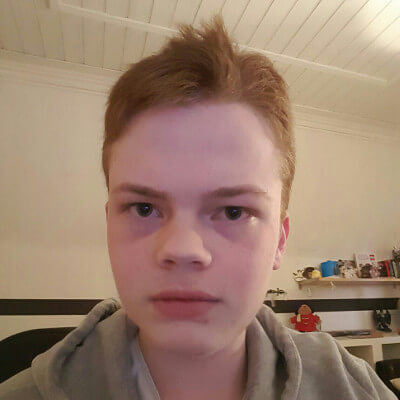 After lining out for Splyce this weekend in the CyberPowerPC Spring $5K Invitational, speculation was rife that Jack "Shake" Kaplan would be parting ways with his longtime teammates at compLexity. Today, sources close to the team confirmed to over.gg that he is leaving the team on good terms. As per sources, Shake will not be continuing his trial with Splyce, but will consider other opportunities instead.

Shake has been a core member of the roster that would eventually be signed by compLexity since joining just a couple of days after the game's release. He would go on to demonstrate outstanding support play throughout this time with the team and become considered as one of the best in North America. Like his former teammate, harbleu, who left compLexity back in March for NRG, it had often been suggested that his talent has been obscured by poor team performances.

compLexity, who just recently signed Meza as main tank, have yet to reveal who they are considering to replace Shake, and are currently down both a flex and a support player. The team are hosting an AMA on r/CompetitiveOverwatch that starts in just over two hours from now.

Tomorrow at 7-9pm EST #coLOW @JoemeisterOW will be taking your questions in a @CompetitiveOW AMA!

The compLexity Gaming roster is currently:

Yea and replace dummy that would be great imo

I feel like Ajax has improved with each tournament they've played. When NRG took their one map off of C9 in the last tourney, it was Ajax getting the entry frag on C9's soldier that let them cap the first point. When they were playing on Illios, it was really only Ajax who was killing S4's widow. His ults could be better but I feel like there have been less bad sound barriers recently than in previous matches.

Dummy has felt stagnant on the other hand. I'd be much more willing to see where Ajax plateaus than to trash him because he hasn't been up to snuff yet, the kid is getting better each time they play.

Jeff kaplan,Jason kaplan,Jack kaplan PogChamp time to ask him if he has inside scoop on owl Kappa

I think this is also a good time to bring up the fact that connorJ and b1am are both free agents,col needs a flex and main healer and connorJ is a flex and b1am is a beast ana

6 frags on all comments 666,pray for me @Admirable

To be clear, Joemeister is holding the AMA. It's not a team thing, although I'm sure questions about the team will be asked.

Yea and replace dummy that would be great imo

Dummy is solid but shake is just better, as a zen/ana, and i think he can fit in nicely since Numlock isnt an aggro main tank, something shake has a problem with styalistsically speaking (from dcop/winghaven), to be fair, not all of his fault but the support isnt focused on their main tank like a LGE (as an example) .

I think this is also a good time to bring up the fact that connorJ and b1am are both free agents,col needs a flex and main healer and connorJ is a flex and b1am is a beast ana

Would make total sense for both parties, would love to see both back in the comp scene. ConnorJ at one pt, was making a run for best NA hog. B1am is pretty good ana as well.

If coL pick up Connor and b1am, it will be the second time that complexity has picked up an ex-TSM roster in OW lol