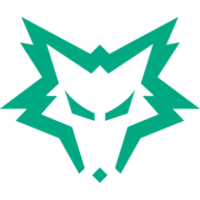 Jordation's addition to the team comes after he played with Mindfreak in the Season 1 playoffs of Contenders 2020 Australia, netting a first place finish with that squad in a seven-map series against Ground Zero Gaming. He spent the entire season with Mindfreak, progressively achieving better results throughout the multiple weeks of the most recent season of Contenders Australia 2020, which culminated in a first place finish in the final week of the Contenders season.

This announcement marks the addition of four former Sydney Drop Bears players coming together in the new Dire Wolves roster. Jordation is the most recent addition alongside tanks Fundrae and JKap, and head coach Fluro, who at one point played for the Drop Bears as their main support.

Jordation played with the Drop Bears throughout the first two seasons of Contenders 2018 Australia, but found a new banner to play under in season 3 with ORDER. Fundrae, JKap, and Fluro all played on the Drop Bears more recently, in Contenders 2020 Australia Season 1. Despite this fact, this announcement marks the first time that both parties will play together on the same team.

The team's first match in Contenders Australia will pit them against on Monday.

With this announcement, the full roster of the Dire Wolves

Jordation back on dps pog