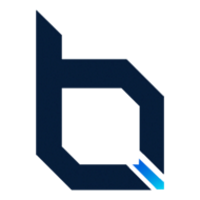 Today we make our entrance into Overwatch Contenders with the signing of Raspberry Racers!

Obey Alliance as an organization have been around within esports since 2012, beginning in the Call of Duty scene, and currently have a team competing in SMITE.

The now former Raspberry Racers roster tore through the July tournament of Contenders 2020 Season 2: Europe, only falling to the British Hurricane in the upper bracket final, and afterwards secured a second place finish by defeating Young and Beautiful in the lower bracket final. They were also the runner ups in the previous season of Contenders Europe.

The last time the Raspberry Racers team was in the news was when they said goodbye to DPS player Wayfast earlier this month as he joined the Uprising Academy.

As a result of their second place finish in the July tournament, Obey Alliance have qualified for the August tournament of Contenders. A date for the event has yet to be announced.

The roster of Obey Alliance