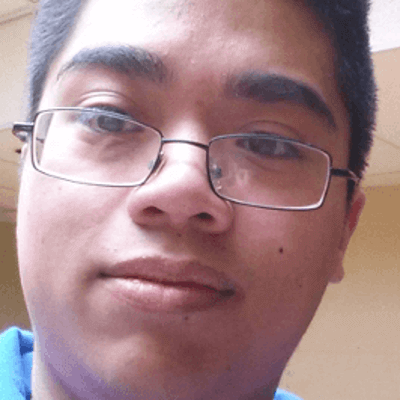 The time for 2-2-2 has come upon us at last! Introduced in a developer update almost a month ago, Overwatch has officially locked every composition in the game to two DPS, two tanks, and two supports. A change of this magnitude has not been seen since one-hero limit was introduced at the beginning of Overwatch's lifespan. This lock comes in not only for ranked play but quickplay as well. Speaking of Competitive, there will be a beta season for 2-2-2 in order to test out the new changes to the ranking system as talked about in the aforementioned update.

In response to the coming change, several heroes were tweaked in order to increase their viability in the new meta while also preempting some heroes from becoming too overused. Changes include an overhaul of Brigitte's kit, a change to Symmetra's teleporter and a new passive ability for Reinhardt. Additional tweaks to ultimate charge and slowdown effects are included for more quality of life.

As if those changes weren't enough, this patch includes hero 31: Sigma. Sigma's abilities include a mobile barrier with high health, twin projectiles that bounce off terrain, a shield granting matrix that eats ultimate in a similar vein to D.Va and a large crowd control ultimate that can damage foes for half their health.

It will be a while before we can see Sigma and this accompanying patch at the pro level. The league announced this patch will not be implemented until the end of season playoffs at the end of the month.

The patch notes have been transcribed below:

Role Queue is an update to Overwatch’s matchmaking and queuing system that gives players the power to choose which role they play in games. In Competitive Play, players choose their role before finding a game. The matchmaking system will create a team that is comprised of two tanks, two supports, and two damage heroes. Upon entering the match, players select heroes to play within their chosen roles. At the end of a match, competitive players will return to the main menu and select their role before queuing into their next game. For more information about Role Queue, read the detailed blog post.

Sigma is an eccentric astrophysicist and volatile tank who gained the power to control gravity in an orbital experiment gone wrong. Manipulated by Talon and deployed as a living weapon, Sigma’s presence on the battlefield cannot be ignored. Sigma launches two Hyperspheres (gravitic charges), which bounce off walls and implode after a short duration, damaging enemies within a sizable radius. Using Experimental Barrier he propels a floating barrier to a location of his choosing and he can dismiss the barrier at any time. With Kinetic Grasp Sigma freezes incoming projectiles in midair, converting them into shields. Sigma uses Accretion to gather a mass of debris, then flings it at an enemy, knocking them down. Unleashing his full powers with Gravitic Flux, Sigma takes flight, lifts enemies in a targeted area, and launches them into the sky before slamming them back down.

Developer Comment: A commonly requested feature for the Workshop is the ability to track healing, so we’ve added two new event types and three new values to make this possible. We’ve also added events to make it easier to detect players joining and leaving matches. To support the creation of administrator-style privileges for custom games, the owner of the game can now be detected using Host Player. Finally, we’ve added the ability to scale, invert, and rotate a player’s input throttle to make controlling characters in third person easier.

Developer Comment: Considering how high impact they are, ultimates are coming up too often. We are reducing how quickly they charge so fewer fights will be determined by ultimate usage.

Developer Comment: This change will mostly impact heroes who slow themselves, such as when Widowmaker scopes or Reinhardt puts up his barrier. In these cases, hostile slowing effects, such as Symmetra’s turrets or Mei’s freezing will not hinder these heroes unless they stop slowing themselves or the hostile effect’s slow value surpasses their own.

Developer Comment: This is a fairly significant bug fix that can cause beam weapons to do much more damage in certain situations. In particular, Zarya and Symmetra will sometimes feel much more powerful as a result of this bug fix. We’ll be keeping a close eye on these heroes to make sure they don’t end up too strong.

Developer Comment: Ashe's full reload time felt overly restrictive. However, a long reload time is intended to balance out the power of her gun, so we want to be careful not to eliminate that completely.

Developer Comment: The goal of these changes is to make Brigitte more of a primary healer for your team, at the cost of weakening her survivability. Since Brigitte will now be only one of two support heroes for your team, it is important that she can provide enough healing to be valuable in that role.

Developer Comment: This change is just meant to counteract the global increase in ultimate cost. The time it takes to generate a D.Va’s ultimate when out of her mech should remain the same as it was before this update.

Developer Comment: This is a quality of life change which allows Doomfist to more freely use Quick Melee as part of his combos, without feeling punished for it.

Developer Comment: The overall damage output of Storm Arrows was too high so we’re reducing the maximum number of shots.

Developer Comment: A common point of feedback for playing against Orisa was that it doesn’t feel useful to shoot the barrier as it comes back so quickly. Increasing the cooldown of Protective Barrier will make destroying it more rewarding.

Developer Comment: As a frontline, melee-range tank Reinhardt was more adversely affected by knock back abilities than most heroes. To reduce some of this frustration and enable Reinhardt to more easily fulfill his role, he is now more resistant to being knocked back.

Developer Comment: Hack is a potent disabling ability with a long duration. Reducing the duration slightly will make it feel less oppressive as the hacked player without greatly reducing its effectiveness. The increased activation time on EMP allows for more time to react and opens up more counterplay opportunities for the opposing team.

Developer Comment: Symmetra’s Teleporter is an interesting tool but often felt too restricting to use. Making the Teleporter last indefinitely opens up new opportunities for how Symmetra is used in various maps and group compositions.

Developer Comment: Pulse Bomb was reduced in power some time ago to make sure it was not overly punishing to Tanks, which are much easier to stick the bomb to. While this is still a goal, we’re restoring some of this lost power to help deal with other hefty targets such as Bastion, or enemies with bonus armor from Brigitte.

Developer Comment: Wrecking Ball has a very active playstyle, but it often felt difficult to make good use out of his ultimate. This change allows him to spread out his Minefield further if he wants (especially from high in the air), while still allowing for a tighter cluster if he activates it near the ground.