🦁ROSTER CHANGE🦁
We sadly have to announce that @Scaler_OW will no longer be part of our Overwatch Contenders Roster.
We wish him the best of luck for his future as He leaves for a better opportunity.
Goodbye Scaler , make sure to #GetWild🦁.

🦁WELCOME @Dingdane 🦁
After our recent roster change, today we are proud to publicly announce that @Dingdane will be joining us on our Overwatch Contenders journey!
We're more than happy to have him onboard.
Welcome to the HSL Esports Family Ding!#GetWild 🦁 pic.twitter.com/tAIMHRCjXj

At the time of writing, Scaler has not been announced as an addition to any other team.

The last time HSL was in the news was when they purchased their Contenders spot from former unsigned team One.PoinT and announced the team's full roster. Scaler was the only member that was previously a part of the One.PoinT roster before the change of ownership.

Ding will be replaced by German flex support IBTB on Shu's Money Crew EU's starting roster. illbebest was revealed as a member of SMC at the same time as Ding, but began his stint with the team on the bench.

HSL Esports will square off against Young and Beautiful for their week 2 match in Contenders Europe 2019 Season 2. It will take place at 7:00 p.m. CET. 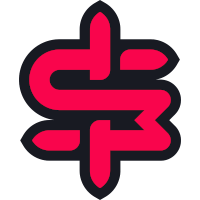 Scaler, winner of the one poach battle royale prize is ????