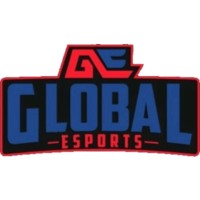 A wealth of new faces will be joining the team. Among the team's new recruits are DPS Cruzi , DPS KimGyuTae , DPS Jumo , tank player LUKE and support player Faith . Out of the five of them, only LUKE has past team history in Contenders. He was a part of the Gen.G Esports roster when the squad competed in Contenders 2018 Season 3 Korea, but saw about equal time in-game to his opposing number Umtae.

Among those joining the team's staff are Raven and Whybe . Raven replaces Show, who was with the team since February. Whybe has also moved into coaching after the roster of Nam-E Fighters became what is known as Far East Society currently and was not included in the final roster. He played off-tank in his brief stint with the team.

Global Esports have already played one match in Contenders Pacific against Green Leaves, which ended in a 3-1 victory for them. The team's next match is against Far East Society on Thursday, June 20.

The roster of Global Esports