Strength of schedules divided by stage

This isn't true of this season.

That also means each stage is only seven matches long. A team won't even get to play half the teams in the league during a stage, let alone nearly every team like they could last season. 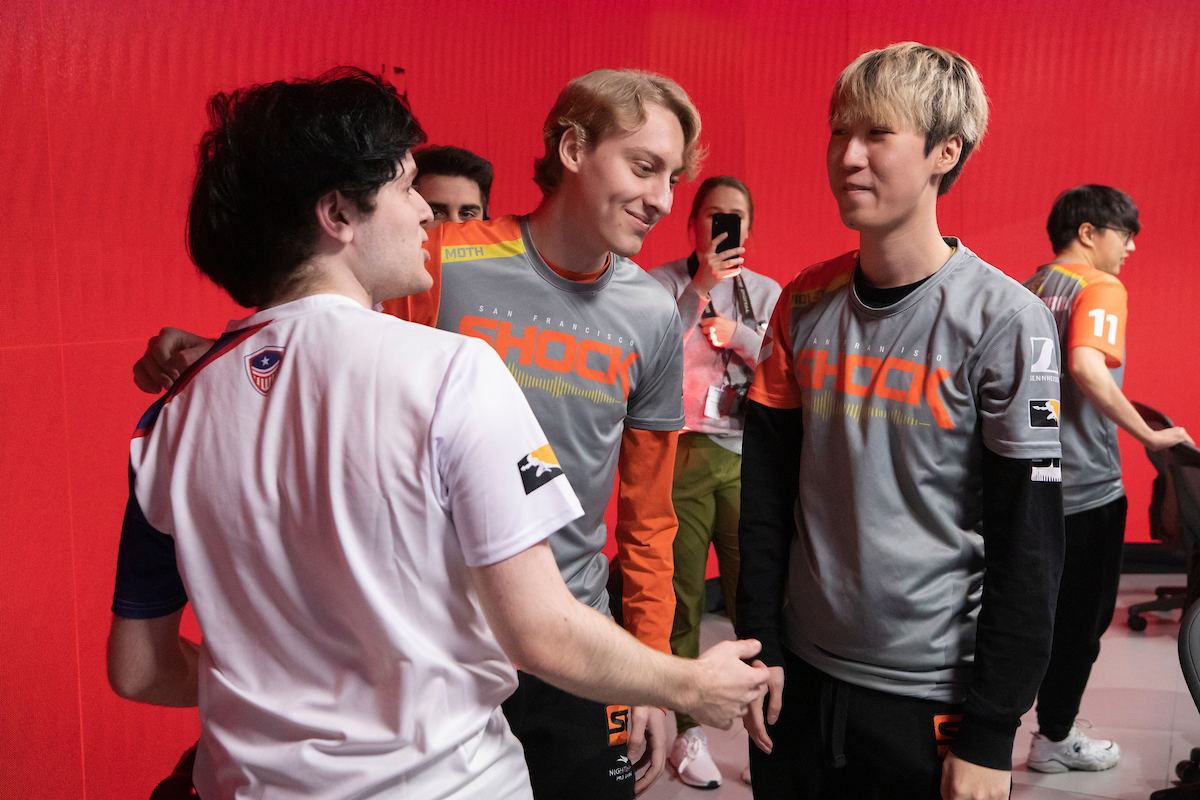 Strength of schedule displays how easy or hard a team's matches have been. This is often determined using the record of the team's opponents.

Every stage is played on a different patch and therefore is played with a slightly different meta that can make and break some teams. While the Overwatch League season has been dominated by GOATs thus far in this season, slight changes between Stage 1 and Stage 2 weaken and strengthen teams. For example, the Shock were good in Stage 1 but were given a near certain map victory on assault maps in Stage 2 when they proved to be the best at utilizing the game's newest hero, Baptiste.

Dividing strength of schedule into separate stages makes sense. It's hard to argue a team that played the Gladiators in Stage 1 got an opponent as difficult as Gladiators' opponents did in Stage 2. Of course there are other changes throughout the season that can shape the strength of teams. The very same Gladiators were a lesser team until Decay became old enough to play and then had time to gel with the lineup. The Justice are a better team now with ArK and sleepy than they were in Stage 1.

The following list will be ordered by the team with the hardest stage schedules this season. It will also include their opponents' combined record for each individual stage.

Does not take into account matches played in Stage 3.

These rankings are mostly useful for teams closer to the middle of the pack, as it can be what sets some teams apart over others.

There are exceptions to this, however, and the Valiant definitely fit that bill. They have the highest stage strength of schedule and it's not even close; Stage 1 was particularly brutal for them as five of the seven teams they played had their better stage in Stage 1 (they also played the Titans, who were equally as good in both stages at 7-0). As the Valiant's play slowly improved and their schedule got slightly easier in Stage 2, they improved and finished the stage 3-4. Such a trend could indicate that the Valiant aren't a team that belongs at the very bottom, although it doesn't necessarily mean they're good either.

The other two teams with notably difficult schedules thus far are the Dynasty and the Uprising.

The Dynasty escaped an unforgiving Stage 2 with a 3-4 record to end up 7-7 on the season overall. That record should get drastically better, and all of their matches with the Fuel, Excelsior, Spitfire, Gladiators and Titans are out of the way. In fact, of the teams that finished Stage 2 with a winning record, they only have two matches with the Shock, one match with the Spark and one match with the Fusion remaining. With this in mind, they should be able to rise in the standings. 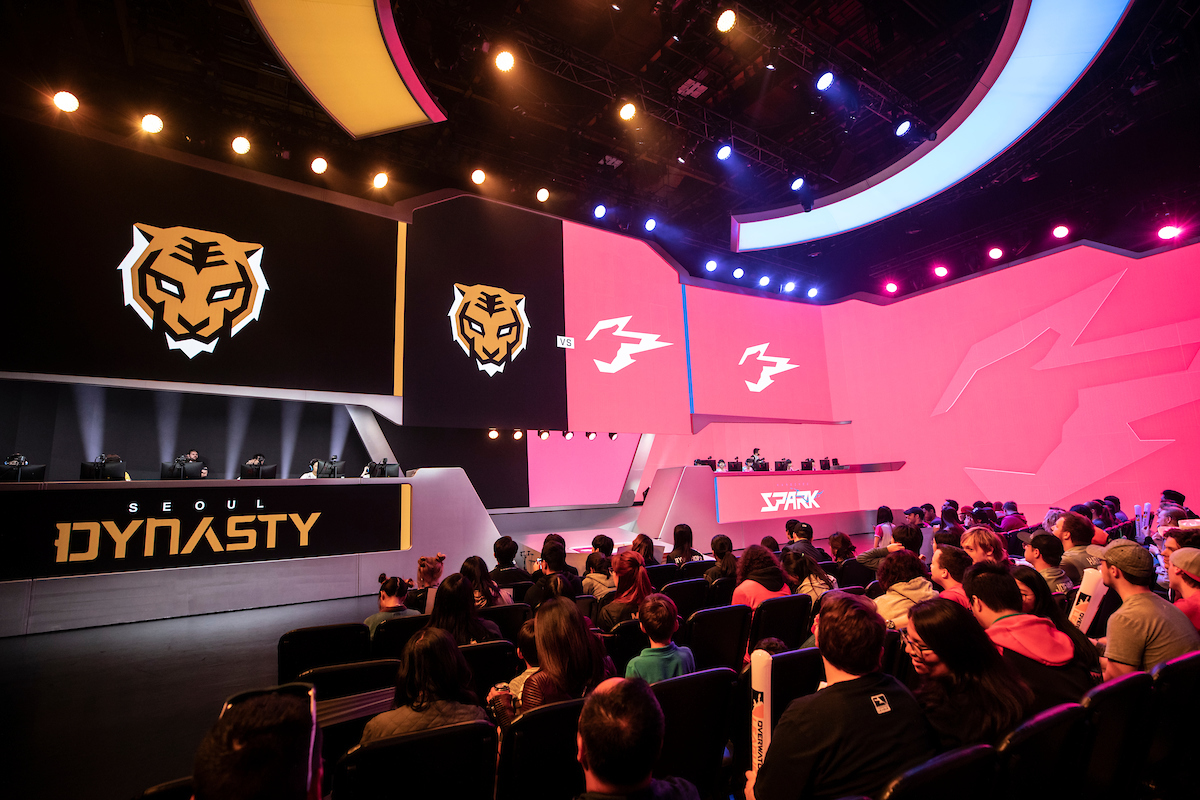 The Uprising's schedule has been surprisingly more difficult than it appears at first glance. Getting to the halfway point with a 7-7 record despite facing teams winning over 58% of their games is a promising sign for the Uprising as they prepare to make their playoff push.

One narrative that has persisted throughout the season has been that the Fusion, Spitfire and Fuel have had fairly easy schedules that have helped bolster their record. Their stage strength of schedule is consistent with that narrative as the three teams have had schedules that are among the six easiest in the league. In fact, the London Spitfire schedule has been the easiest in the league thus far.

What's most notable about the Spitfire's schedule is that their Stage 2 was the easiest stage in the league this season -- and by a significant margin. Their opponents in Stage 2 had three fewer wins than anyone else's opponents had in either stage this season and the Spitfire's Stage 2 was the only stage in the league not to include a single team with an in-stage winning record. On top of all that, they played against both of Stage 2's winless teams.

The Fusion's schedule has been the fourth easiest thus far this season, however they don't necessarily need to prove themselves against better teams to end the season in playoff contention. Of the eight teams that had a winning record at the season's halfway point, only three of them (including the Fusion) were in the Atlantic Division. The three worst teams in the season thus far are in the Atlantic Division, as well. With no remaining matches against the Excelsior, Spitfire, Fuel or Shock, the Fusion may continue to scrape by on a schedule less difficult than that of most teams.

Whereas the other two mid-table teams with easy schedules play in an Atlantic Division that has yet to produce many threatening teams, the Fuel still have many tough challenges ahead in their schedule. Much like the Spitfire, they had the benefit of playing both winless teams in Stage 2 and only really distanced themselves by playing a singular team with a winning record in Stage 2 (that team being the Titans). The Fuel still have to play the Shock, Titans, Excelsior and Spitfire once and must play the Gladiators and Spark twice.

One team with a weak schedule thus far that has escaped scrutiny has been the Gladiators, who have had the fifth easiest schedule in the league. Their Stage 3 is much tougher -- and includes the Titans twice.

One thing worth mentioning about determining strength of schedule through individual stage records is that each team has a greater impact on their opponents' records in each stage than they would on the season overall. A single match plays more significantly in a sample of seven matches than it does in 14, and could explain why all eight teams that made it to the season's halfway point with winning records played schedules that are among the nine easiest in the league.

The hardest schedule among those teams? The San Francisco Shock's with an opponent win rate of .500 in-stage.

Does not take into account matches played in Stage 3.

While the teams with the best records still generally had easier schedules, the pattern was less pronounced on the typical strength of schedule calculation.

The Spark saw the most notable change, jumping from the 13th hardest schedule to the sixth hardest schedule. However this change is largely the result of several of their Stage 1 opponents having weaker Stage 1 performances than they did in Stage 2.

The change to a strength of schedule based on overall record also gives a little more credit to the difficulty of the Spitfire's, Fusion's and Fuel's schedules.

As mentioned before, the small sample size of matches contributing to stage strength of schedule can skew the data to make stronger teams look like their schedules are significantly easier and can make weak teams look like they've gone through the gauntlet.

To make the SoS useful across the board you can remove the teams' own record.
For example if we take NYXL's stage 1 SoS and remove their own 7-0 it's 21-21. A perfect 0.500, yet the original SoS would've told us that they had an easy stage 1. If we let those teams play one match each against the Washington Justice it's a reasonable assumption that it would've been 28-21. In other words against the same teams New York would've had an easy SoS and Washington would've had a hard SoS. That's obviously not the point of SoS. You want it to tell you if team A had a better record because they're better than team B or because they had an easier schedule, not the fact that A had a better record.

Of course this also removes the standard arguments of "A only got #1 because they had an easy schedule" and "My team doesn't actually suck, they just got fucked by the schedule" but we're not here to coddle anyone, we're here for accurate statistics.

In theory we'd also have to remove double matches against the same team because they skew the results a little bit as well. Effectively the increase the weight of one team. A team getting 4-0'd by the Titans twice isn't any weaker than a team that plays the Titans only once and gets an easy win against a bottom team, yet in the SoS they will be rated as such. Even if you don't want to go into the whole mess of "opponents' opponents' record" because that's to close to rating the teams instead of the schedule, always resutling in "hard" schedules for bad teams and vice versa, double matches with the same result should be counted only once.
This would push the teams where you'd expect it even close to 0.500, but I don't have the time for that and just addressing the elephant in the room, the 14% of the SoS that each team generates themselves, already paints a far more accurate picture.

As you can see a few things stay the same.
E.g. Seoul did have a very difficult schedule (in fact the most difficult), London had a ridiculously easy schedule, New York had the easiest (although not outrageously so) and San Francisco had the hardest schedule out of the top 3 teams, Washington and Shanghai achieved their first win and first playoff appearance respectively in their easier stage.
But the margins changed and some things even reversed themselves. SF actually got a fairly hard schedule instead of 0.500 and their perfect stage was decidedly not against a particularly weak SoS. However Vancouver Titans' was also fairly even instead of the easy road that the SoS suggested without the adjustment.
So the good teams didn't have it as easy as it seemed. On the other hand, boy do the bad teams drop. The Houston Outlaws and Florida Mayhem did not have difficult schedules. They were very close to 0.500, they just sucked. Even worse the Washington Justice drop from 0.510 to 0.452, quite an easy schedule. Their only win happened during the 4th easiest stage 2 schedule, only beaten by the NYXL (making their decline in stage 2 even worse), Dallas and the perpetually lucky London.

Thanks, I love this! I almost added a separate section where I did just this, but decided against it as I thought the article was getting bloated. You wrote this well and I'm regretting leaving this out now. Excellent work!

Thanks, I know it's difficult keeping articles concise.

But even though this is nicer and makes for easier comparisions between the SoS for top and bottom teams it still just confirms what we already knew.
I think if you've got the time you can get a few good predictions out of this. E.g. use ELO/rating, or stage 2 results (meta didn't change but overall results would contain too much outdated data) to approximate a SoS for stage 3. The obvious targets are the top and bottom 3. Seoul could reach for the upper playoff spots, Boston and VALLA might solidify above 0.500 with an easier schedule. On the other hand Philly didn't seem to take the increased difficulty in stage 2 well and London's rise might've been boosted a bit by an easy stage. They could both very well crumble back into mediocrity. Last but not least NYXL dropped off even when they got an easier schedule than in stage 1. That seems like a make-or-break storyline waiting to happen.

It's an interesting stat, but to be fair damn complicated to actually look details for each team, if wanting to see behind the numbers.

Interesting to look after whole season, if some teams had front- or back-loaded SoS as teams like Defiant was hot for Stage 1, but are falling hard ever since Stage 2. Is there a team that had tough start, but would rise up in Stage 3 and 4?