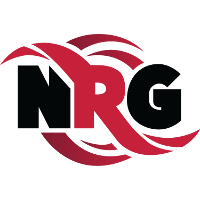 With heavy hearts we announce that NRG will no longer be fielding an Overwatch Contenders roster.

We want to thank our amazing players and staff for their hard work over the last few seasons and will do everything in our power to find them new homes. Forever #NRGFAM pic.twitter.com/YLmSsxSc87

Several players have announced their free agency on Twitter, including Smex and Stand1.

With regards to my team situation I am LFT with immediate effect, this hasn’t deterred me at all, if anything sparks a new drive so I can prove that I will get to the league, this only a setback.

NRG Esports first jumped into the Overwatch scene in the summer of 2016, when they picked up the mixup roster. The team struggled to meet expectations throughout the next year and ultimately failed to qualify for Contenders Season Zero in June of 2017.

The organization, which had bought the San Francisco franchise for the Overwatch League's first season, returned the NRG Esports name to Overwatch when they created the team as the Shock's academy team for Contenders 2018.

In four seasons of Contenders competition in 2018 and 2019, NRG Esports made the playoffs each season and finished in the top four twice. This includes the most recent season, in which they made it to the semifinals of North America West.

Smex is the only member of the team who was on their first roster as the academy team of the San Francisco Shock. The rest of the team has joined since October, with MirroR being the most recent addition when he joined the team during this Contenders season.

It is unclear what will happen to NRG's Contenders spot.

The roster and staff of NRG Esports