FEARLESS first joined the Dragons in February 2018 as a midseason signing. The Dragons ended up 0-40 in their first season of the Overwatch League. Following an offseason shakeup, FEARLESS was one of three members who remained on the team heading into the 2019 season.

Prior to the beginning of the 2019 season, however, the Shanghai Dragons announced that FEARLESS would not play on the Overwatch League stage due to health concerns. Shortly after, the Dragons announced the acquisition of former Uprising main tank Gamsu through a trade.

The Dragons have stated that FEARLESS has now recovered from his condition, and all parties have agreed that joining Team CC would be the best way to reacquaint FEARLESS with competitive Overwatch.

FEARLESS will be replacing FALLEN on the main tank role, who was recently announced to have transferred to Cyclone Coupling. FEARLESS will likely be sharing playing time with fellow main tank GagA.

Other than the addition of their new main tank, Team CC have also announced ieatuup's departure.

The Australian player first joined Team CC on Sept. 12, 2018 on a trial basis. Under the team, ieatuup most notably achieved a semifinals appearance in both LanStory Cup 2018 - Hangzhou and Season 3 of Contenders China 2018. Previously, he played for Blank Esports, where he and his team achieved the runner-up position in the inaugural season of Contenders Pacific.

It is unclear whether ieatuup will remain in China or return home to Australia following his release.

Team CC still have 7 players on their roster. They are able to sign one more player to reach the 8-man roster limit, but cannot bring in a player from another region due to the region lock implemented for Contenders this year.

They play their final regular season match for this season of Contenders against LGE.Huya 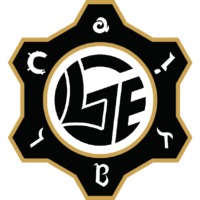 noooo not ieatuup!!! hope he finds a new home

Good to see that Fearless is back into the scene. Hopefully he can make his way back to OWL