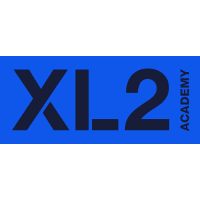 You already know who it is

Nenne began his career with LuxuryWatch Red in 2017 when he helped the team qualify into APEX Season 4 from Challengers and propelled them into the playoffs. He then joined Lunatic-Hai's post-OWL roster and participated in the Nexus Cup 2017, achieving a fourth place finish.

He was signed to XL2 Academy, the Excelsior's academy roster, at the beginning of 2018. He and his teammates qualified for Contenders playoffs in both Contenders Seasons 1 and 2. They made it to the grand final of Season 2, where they lost to Fusion University in four maps.

The next season of the Overwatch League begins February 14.

The roster of the New York Excelsior

I see NYXL models their roster-building strategy after Season 1 Shock.

Because the only thing better than 4 dps players is 5

Didn't realise you were in all my ranked games

wasn't ark who got injured so mano played support?

which dps is gonna flex onto main tank

Rumoured he is gonna be the flex tank. Interesting